While most westerners preferred big-bore belt or holster-size revolvers that packed man-stopping ammunition, there were those men (and women) whose concern leaned more toward their firearm’s ability to be secreted on their person, rather than firepower. To this latter group, size definitely mattered, but smaller was better! Enter the derringer—that breed of small, pocket-sized pistols that earned a name for themselves as “card table killers.” From that group sprung the Philadelphia Derringer. 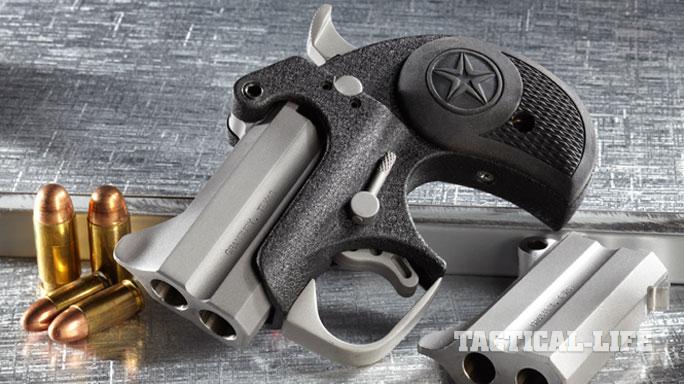 Among the many derringer-type pistols that were available in the Old West, there were three that one could argue were the most popular, often evidenced by production numbers and their appearance in western literature and onscreen. I would argue that the top trio of palm-sized pistols includes Henry Deringer’s “Philadelphia Deringer.” The Sharps four-barrel “Pepperbox” and Remington’s famed Model 95, better known as their “Double Derringer,” rounds out the group. Here’s a brief overview, in order of their date of introduction, of these diminutive, but potentially deadly handguns.

Small pocket pistols definitely existed before Henry Deringer started producing his single-shot percussion pistol. But his tiny Philadelphia Deringer arguably delivered most profound impact on the history of the American West. Even the likes of John Wilkes Booth used one in 1865 to assassinate President Abraham Lincoln! The single shot fired from this .44 caliber caplock unleashed an unfriendly federal policy on the southern states, causing great numbers of ex-Confederates to head west in search of a new life.

Our western territories had long provided an active market for the firearms trade, and Henry Deringer enjoyed much success as an arms maker in the first half of the 19th century, manufacturing everything from military rifles, Indian trade guns, dueling pistols and more—even tomahawks and scalping knives!

Deringer remains known for his single-shot, percussion pocket pistols. His pistols came in many sizes and calibers, ranging form the short 3 3/4-inch (overall length) .36-caliber pocket models to .41- and .44-bore belt pistols measuring up to 9 inches long. It’s believed that Deringer was producing his famed pistol by the time of the California Gold Rush of 1849, as evidenced by an early California arms merchant who recalled, “I sold the first on this coast in 1849.” By the mid-1850s, Deringer’s pistols had gained widespread favor, with much of their popularity garnered in California.

Despite the availability of such repeating arms like the pepperbox multi-barreled pistols and Colt’s revolvers, the one-shot Deringer pistols were among the most commonly found handguns in and around the gold camps and along San Francisco’s wicked Barbary Coast. Back east, along the Mississippi River and the Natchez Trace, towns like St. Louis, Memphis, and New Orleans were places where Deringer’s pistols—especially the pocket-sized models—also saw much acceptance.

Deringer’s guns exhibited excellent workmanship, considered rugged, reliable sidearms. The guns were intended as close-range defensive weapons and unlike many other pistols of the era, their accuracy at card table ranges was reportedly very good. They had rifled iron barrels that featured a separate screw-in breech plug and wore a faux Damascus browned finish, and checkered walnut stocks. Deringer’s back-action lock and the top of the breech bore the stamping “DERINGER, PHILDELa.” Each gun’s furniture, including side plates, butt and nose caps, trigger guards and escutcheons, featured engraved German silver.

Henry Deringer sold his guns through a number of agents nationwide, such as A.J. Plate, and C. Curry of San Francisco, W.H. Calhoun of Nashville, Tennessee, and the New Orleans  firm of A.B. Griswold & Co., to name a few. Many of Deringer’s agents stamped their own names on the top of the barrels. In time however, as Deringer’s pistols’ fame grew, so did their imitators, and a number of firms produced lookalike copies. That occurred so much that eventually the Deringer name, with an additional “r,” later became synonymous for virtually all pocket pistols, including “derringers” manufactured today—indeed a solid testimony to the Philadelphia Deringer’s quality!

This article is from the Spring 2021 issue of Guns of the Old west magazine. Grab your copy at OutdoorGroupStore.com. 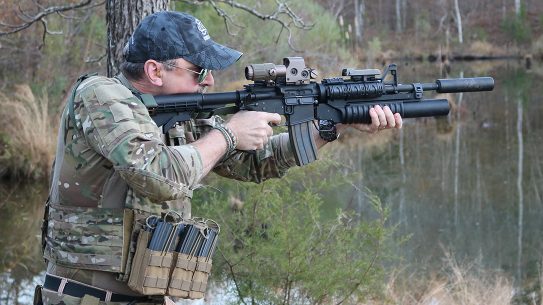 We took an American legend out to the range, getting trigger time with the...