by Richard Johnson
in Guns, Handguns
0

After the success of its highly popular M&P series pistols, Smith & Wesson listened to feedback from experts to overhaul the platform and create the next best version. But there’s more to the M2.0 than just some external tweaks.

When the polymer-framed, striker-fired pistol revolution began, most companies were caught flat-footed. Smith & Wesson held a dominant position in the law enforcement market with its broad line of dependable revolvers. But at the start of the “wondernine” craze in the 1980s, an unknown Austrian company arrived in America with a plastic gun called the Glock 17.

Though the gun lacked the aesthetic appeal of traditional firearms, the upstart offered simple operation, great durability and extreme reliability. Police departments and the public took notice, and every gun manufacturer scrambled to adjust to a rapidly changing market.

Although the original M&P was not the company’s first stab at a striker-fired polymer gun, it was Smith & Wesson’s most successful design. Looking at the gun, it’s easy to see why it became popular. It featured an adjustable-size grip, a stainless-steel chassis and very good ergonomics. Plus, the gun looked sleek and modern. As it began to ride in the holsters of lawmen across the country, it looked right at home.

But, as with any first-generation product, the M&P series wasn’t perfect. Smith & Wesson took the feedback it received and started designing a new pistol that would upgrade the platform to ensure it retained its position as one of the top combat handguns in the world. The result? The M&P M2.0.

At its most basic, the M&P9 M2.0 that I tested is a striker-fired pistol with a polymer grip frame. It is a duty-sized gun with a 4.25-inch barrel and a 17+1 capacity. Of course, the company also offers .40 S&W and .45 ACP variants as well as compact models, including a new line of Shields.

When using version numbers, moving from a 1.0 to a 2.0 suggests significant changes and new features. As an owner of the original M&P9, I looked forward to comparing it to the new M&P9 M2.0, and after reviewing the differences, I’d say there are plenty of changes to warrant the M2.0 moniker.

One of the most striking aspects of the M2.0 is its appearance. The M2.0 looks and feels more like a professional combat weapon than the original M&P did. To me, first-generation guns looked like a rookie cop showing up to roll call. His shoes are shined and uniform pressed, but he still looks a little too new. The M2.0 looks like the veteran cop with 10 years of patrol work under his belt. The uniform is still squared away, but there is something in his demeanor that says he’s not to be trifled with.

Part of the improved appearance is also a significant performance upgrade: the grip texturing. Older guns had light stippling on the forward edge of the grip and on the palm swells. The M2.0 takes things to the next level with an aggressive texturing on the entire circumference of the grip. You’ll also notice that the circular S&W logo has been replaced with the M&P logo.

The new texture is similar in feel to skateboard tape, something that has been used for years to provide better traction. Smith & Wesson’s new grip texture is rough but not so rough as to be uncomfortable to hold. I like the feel of it in my hand a lot. However, rubbing against my body while riding in an inside-the-waistband (IWB) holster is far less pleasing. Wear an undershirt if you decide to carry the M2.0 concealed.

Doing some basic testing, I gripped my first-generation M&P9 and had a partner try to wrest it from my hand. I offered no resistance beyond a firm grip. The gun was easy to twist out of my hand. Repeating the experiment with the M2.0, the gun was much more difficult to dislodge. From a weapon-retention standpoint, this is a definite improvement. I suspected the texture would help control the pistol during recoil, and subsequent trips to the range confirmed that.

Along with the new texture, Smith & Wesson deleted the extended beavertail. Although I understand the theory behind the beavertail, I never saw it as being needed on the original M&P. With my hand as high as possible on the grip of the M2.0, the slide does not come even close to hitting me. During my range time with the gun, I had zero problems with it.

Smith & Wesson always offered interchangeable palm-swell grip inserts for the frame. These inserts let the shooter better fit the size of the grip to his or her hand. New M&P pistols expand the size possibilities from three to four. The new sizes are listed as small, medium, medium-large and large. Presumably, feedback suggested the fourth size, between the typical medium and large sizes, was needed. I have relatively short fingers, so the small insert lets my finger properly address the trigger.

Of course, like a sports car, looks and comfy seats only get you so far. Often, the real indicators of performance are under the hood. The new gun has an extended internal chassis made of stainless steel. Embedded in the polymer frame, this chassis is designed to reduce flex and torque when firing. Some guns have shown a tendency to flex too much and malfunction when certain combinations of ammunition and mounted lights are used. This chassis helps reduce this possibility.

Another change in the new gun is that the front slide rails are roughly twice as long as before. A careful eye will also notice that Smith & Wesson switched from roll pins to solid pins for the M2.0.

Perhaps the most anticipated under-the-hood change is the trigger. One of the continuing complaints about the original M&P pistol was the trigger. Many people believe it felt mushy and without a clear reset. I’d agree. Though I had no problems shooting my M&P9, the trigger feel was clearly a weak point in the system. With the M2.0, Smith & Wesson promises a new “crisp trigger” with a lighter pull and a more pronounced reset.

So, the gun looks tough and comes from a line of proven performers. But does it shoot? Yes, it does. I took it to the range several times and was impressed by its performance. On my second range trip, I took along my classic M&P9 for a direct head-to-head comparison.

Many of you might wonder how the new trigger performed. It depends on your perspective. The pull of the original gun has a substantial amount of take-up with a relatively short travel. I suspect the take-up is what a lot of people find objectionable, as the actual pull and break on my first-generation gun is short and fairly crisp.

The M2.0 still has a significant amount of take-up and a relatively short pull. However, the pull feels a touch longer—though I admit this is purely a subjective perception. The break is much harder and feels more like the break on my S&W SD40 pistol. Checking both triggers with a Lyman digital trigger pull gauge, a five-pull average showed a 5.34-pound pull on my first-generation M&P9. The M2.0 registered an average of 6.09 pounds.

The new trigger system has no overtravel that I could see or feel. This appears to be precluded by the trigger stop molded into the frame as much as anything. I know others will disagree, but for slow precision shooting, I like the trigger pull on the original pistol a little bit better than that of the M2.0. I seem to be slightly more accurate with it.

The reset is much more obvious now. Your finger will immediately feel when the trigger resets. I like this a great deal more than the less-perceptible reset on my first-generation gun. Overall, I believe many shooters will like the new trigger.

The M2.0’s recoil seemed to be about the same as the original pistol’s. Some people said the new gun might have less felt recoil because of the extended chassis. However, I felt no difference. With standard-pressure and +P loads, the recoil in both guns felt about the same: pretty darn mild. 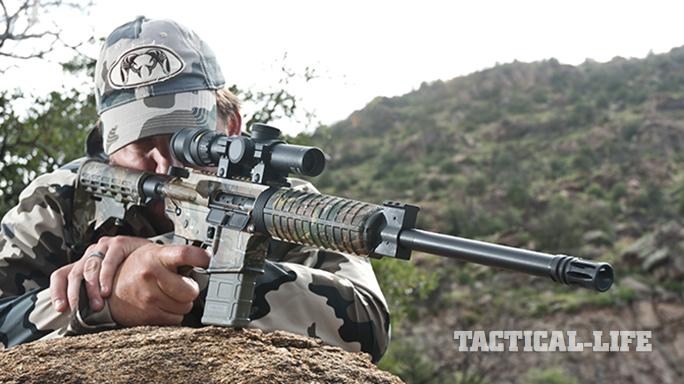 Something that obviously felt different was the grip texturing. Shooting the guns side by side, the newer texture was much better at preventing the gun from slipping in my hand. In fact, after shooting several magazines with the new M2.0, the original gun felt so slick that it might suddenly spring from my hands. Even though I have owned my M&P9 for years, I was suddenly concerned that the grip texture wasn’t adequate for serious work. On reflection, the older texture is fine for self-defense and duty use, but it simply isn’t as good as the new texture.

One thing I specifically checked was whether the new palm-swell grip inserts will work with the older gun. I discovered they do, and I plan to track down one of the small M2.0 inserts for my original M&P9 to improve the feel of that gun.

I put a little more than 500 rounds through the M2.0 without a malfunction. Although I’ve come to expect this from modern striker-fired pistols, it isn’t always the case. Fortunately, S&W continues its tradition of building reliable firearms.

One of the questions I had about the new gun related to its compatibility with existing M&P9 magazines. My existing mags looked similar to the M2.0 mags, but they had different followers. So, I decided to test them out. I fired 100 rounds of 115-grain FMJ ammo through the M2.0 using my original M&P mags without a problem. I then ran another 100 rounds of the same load through the original gun with the M2.0 mags. Again, everything worked perfectly. If I planned to use old magazines for duty or self- defense use, I would want to test them with my carry load. However, for range time, I have no qualms about using them.

Based on my initial testing of the M&P9 M2.0, I’m pleased with its performance. It was accurate with a wide range of loads and did not malfunction at any point.

Currently, S&W is manufacturing both generations of M&P9 pistols. I don’t know if the company plans to do so indefinitely.

For me, the new grip texturing is worth trading up to the new gun. Figuring in the additional features might make it even more appealing, especially when you consider the price difference between the two guns is only $30.

*Bullet weight measured in grains, velocity in fps by chronograph and accuracy in inches for best five-shot groups at 7 yards.