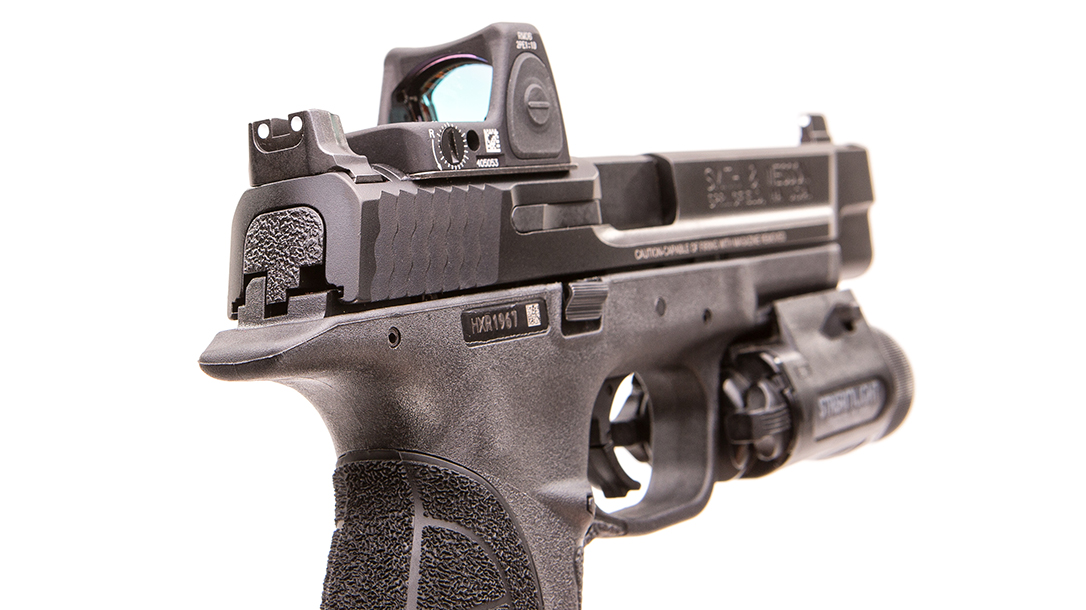 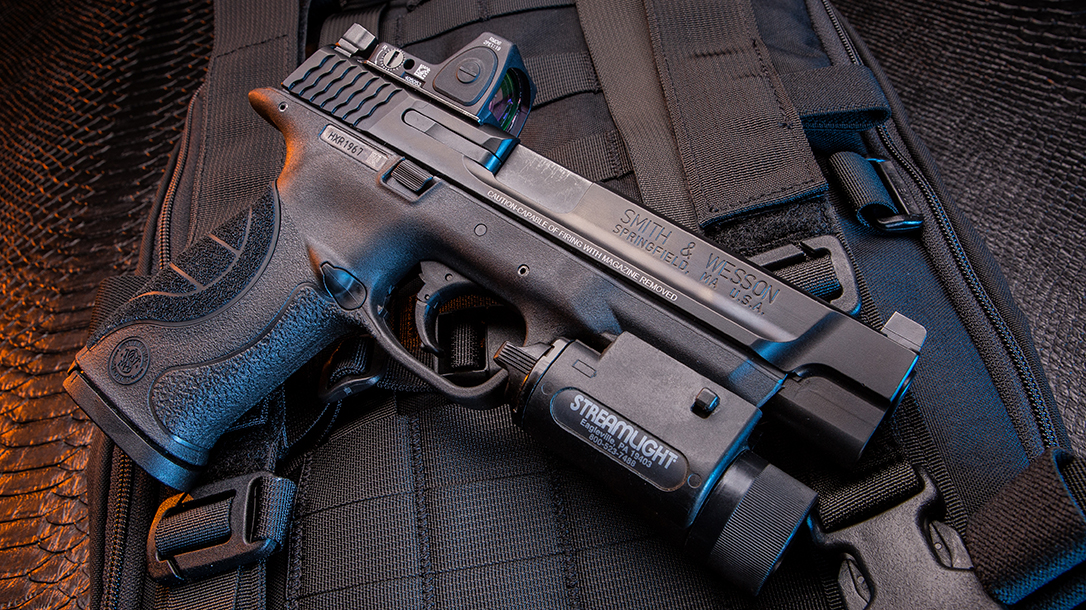 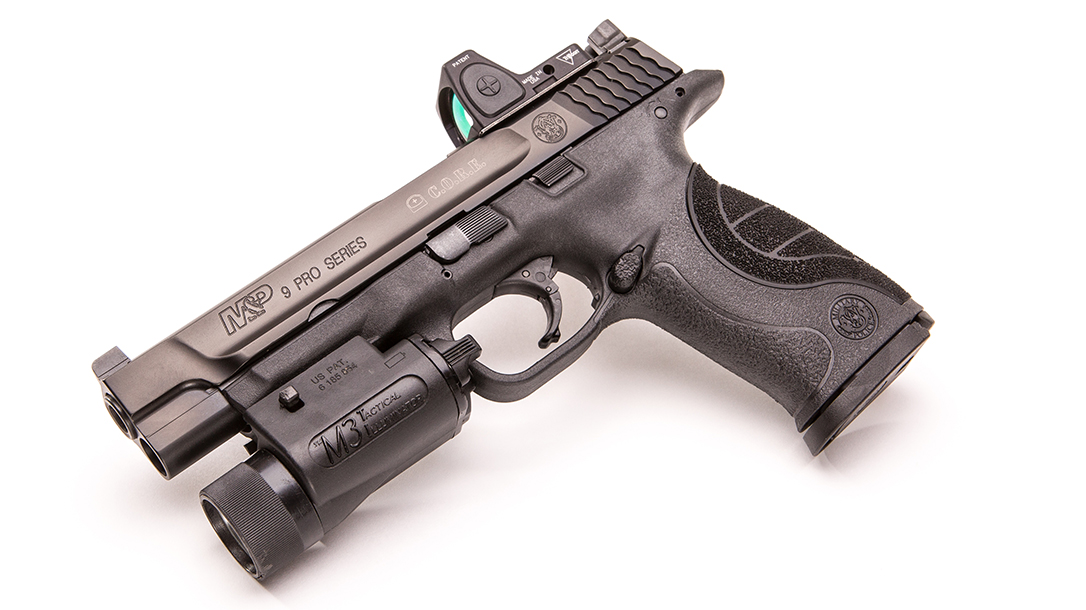 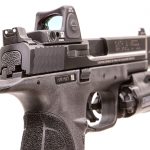 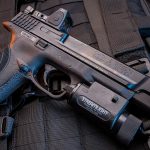 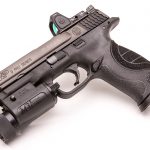 Are we shooters asking for too much? We want the complete package: a gun that is not only good looking, but accurate and reliable as well. While we are at it, let’s add the fact that we want to be able to drop an optic on it without having to sell our houses to a gunsmith to cut the slide. And another thing! We want it to be adaptable to different hand sizes. Yeah! That’s all we want. 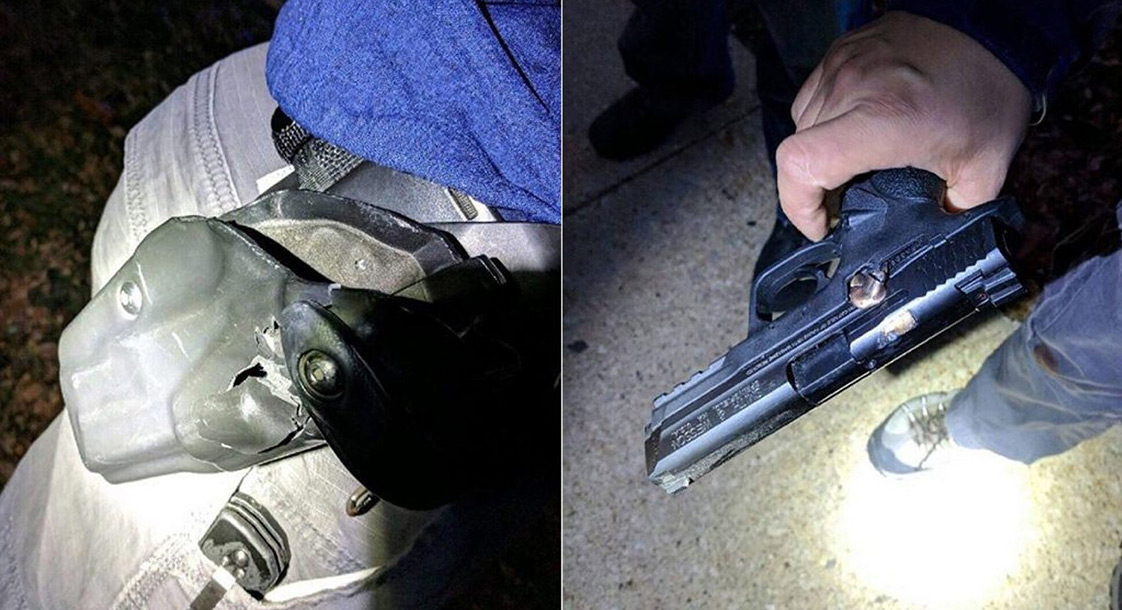 Once again, are we asking too much? Well, apparently we aren’t. The team at the Smith & Wesson Performance Center have heard these cries from the shooting community and responded. Their answer to our seemingly unyielding demands is the 9mm M&P9L Pro Series CORE.

CORE stands for “Competition Optics Ready Equipment,” and that should give you a clue about this M&P series pistol’s purpose. This design offers shooters a specialized cutout on top of the slide so they can install a miniature reflex sight. This is a major benefit not only to competition shooters, but also to everyday people. It’s becoming more and more popular to mount red-dot-style sights on handguns these days. To that end, the M&P9L Pro Series CORE accepts six of today’s most popular optics, including the Trijicon RMR, C-More STS, Leupold DeltaPoint, Docter, Insight MRDS and JPoint. You simply install pair your sight with its correct bracket and then mount it in the slide’s cutout.

The M&P9L Pro Series CORE is chambered in 9mm and comes with a 5-inch barrel, though .40 S&W versions and those with 4.25-inch barrels are also available. Designed for competition right out of the box, the gun features a polymer frame, a through-hardened stainless steel slide and barrel finished in Armornite, a striker-fired action and ambidextrous controls. The gun also comes with three interchangeable backstraps so it can fit a wide variety of hand sizes. The palm-swell grips are patented and have prominent stippling.

The pistol also has a stainless steel sub-chassis for strength and durability under extreme use, and on top of the slide you’ll find a loaded-chamber indicator as well as taller three-dot sights that are designed to be co-witnessed with your chosen optic. The longer barrel and slide also translate to a longer sight radius, which means improved accuracy. Throw in the added recoil-dampening weight up front and you’ve got a gun with plenty of fast and accurate potential.
But the M&P9L Pro Series CORE really shines when it comes to its trigger, as the gun utilizes a S&W Performance Center sear. This added feature lets the trigger break at a very clean 4.5 pounds with a fantastic short reset. Add this to the gun’s low bore axis and you’ve got a great shooter.

As with every gun that comes across my desk, I first examined my test pistol’s fit and finish. And I wasn’t disappointed when I cracked open its case. Whether you believe it or not, first impressions are indeed important. Smith & Wesson has made a great-looking gun here, and it naturally felt good in my hands. It was obviously built for speed. Also, my first attempts at dry-firing the pistol immediately move it into a favorable category.

Of course, because it is an “optics-ready” pistol, I was ready with an optic: the Trijicon RMR Type 2. This is an updated version of the original RMR, and it was easy to install using the correct plate included in the kit that came with the pistol.
My range session confirmed everything that I suspected about the M&P9L Pro Series CORE. Combining the Trijicon sight and M&P9L, with its nice trigger and low bore axis, made for a very enjoyable day. With the sight freshly installed on the gun right out of the box, I was able to drill a ragged 15-round hole into my target at 15 yards.

Shooting with an optic certainly provides a boost in terms of speed and accuracy. The gun felt a bit like a high-end sports car that kept beckoning me to go faster and faster. Unlike some of its high-speed competition cousins, though, the M&P9L is able to walk both sides of the fence. It has match capabilities yet retained its workingman’s roots by shooting every type of ammo I fed it, thus it’s able to serve as a defensive handgun when needed. This only builds on Smith & Wesson’s reputation for delivering reliable M&P series pistols to law enforcement personnel. With its proven reliability and 17+1 capacity, the M&P9L Pro Series CORE would make a solid choice for those who wear a badge.

While shooting for groups is a standard go-to on guns, I ditched that plan once I started shooting. The gun was just too accurate and would produce indistinguishable groups. Instead, I decided to go after was speed. So I ran a few drills on near and far IDPA-style targets with a variety of ammo ranging from Hornady 115-grain XTPs and Federal Champion 115-grain FMJs to Aquila 115-grain FMJs. Each load functioned well with no hiccups or malfunctions. Also, the gun is flat-out fast and fun to run; I crushed one set of targets after the other.

It was also really fun to take the gun out to 100 yards and beyond. Once I established my point of aim, I could consistently ring steel all the way out to 150 yards. Is this really practical? By no means. But it’s fun, and that’s one of the best reasons for hitting the range.

Smith & Wesson has done a great job at building a bridge between competition performance and personal protection. While the standard M&P pistols have their place, the Performance Center’s M&P9L Pro Series CORE is a step above for anyone who wants to go a bit farther and faster. If you feel the need for speed, this gun is the answer.

This article is from the 2019 Gun Annual issue of Tactical-Life magazine. Grab your copy at OutdoorGroupStore.com. For digital editions, visit Amazon. 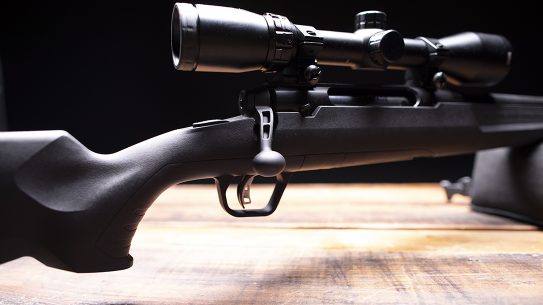 With a completely redesigned synthetic stock, along with the company's popular AccuTrigger, the updated...