It’s amazing that even as I write this, cowboy guns and the Old West are still as popular as ever. It’s even more exciting that so many companies still come up with new and innovative products that tip their cowboy hat at history while still appealing to a modern audience. Here are some of the best cowboy guns that have hit the marketplace over the past year. 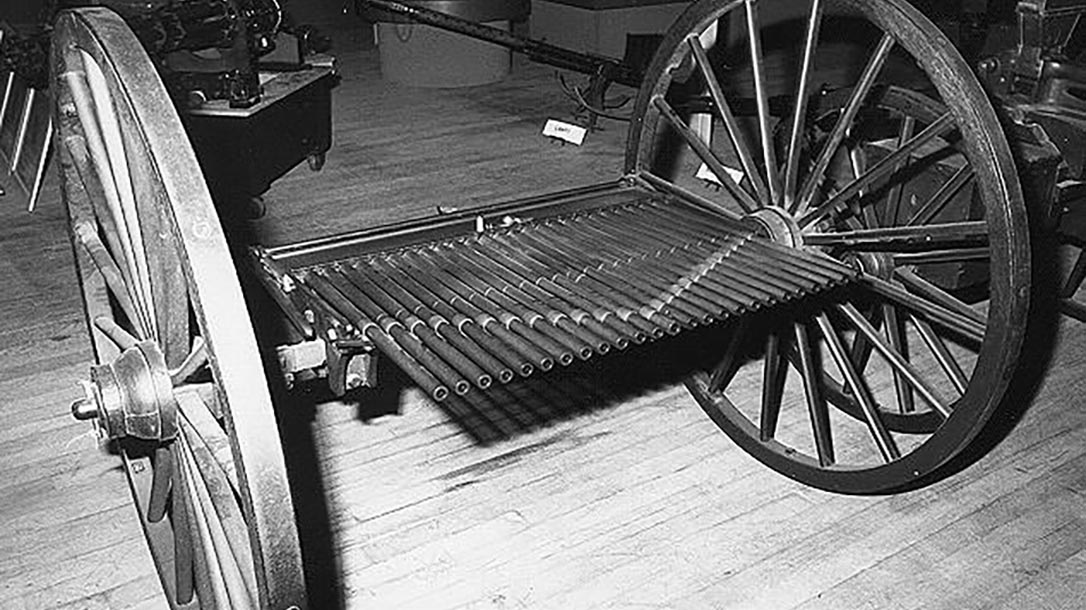 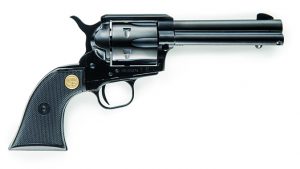 The Chiappa 1873 Regulator is based on the Colt Model 1873 Single Action Army but has an aluminum frame, making it lighter in weight. For additional safety, it has a transfer bar safety. The Regulator is available in .38 Special with a 4¾-inch barrel.
chiappafirearms.com 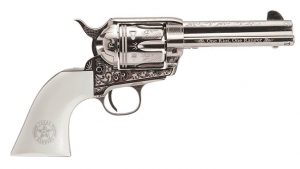 This single-action Model P revolver celebrates the heritage of the Texas Rangers with a 4¾-inch barrel chambered for .45 Colt cartridges. It is also nickel plated with laser engraving. The poly-ivory grips feature the Texas Ranger insignia.
cimarron-firearms.com 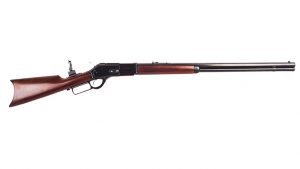 Presented by Cimarron, this rifle is chambered in .45-60 and is inspired by the film Tom Horn, which starred Steve McQueen. In typical Cimarron fashion, the company has taken a historically significant model and personalized it to a historic figure. The rifle has a blued barrel and receiver, and the “stock detective’s” signature is engraved on the side plate.
cimarron-firearms.com 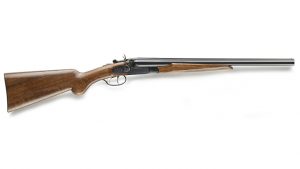 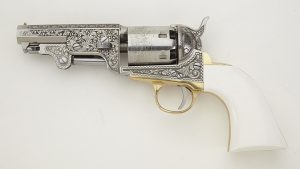 One look at the 1851 Captain Shaeffer should tell you that this revolver was quite the showstopper for its era – its appeal led to its use by both the U.S. and British military. Available in a steel frame, this revolver received its moniker from the depiction on the cylinder of the Texas Navy’s victory over the Mexican fleet in 1843. Pietta’s reproduction is available in .36 caliber and 4″ barrel length.
piettausa.com 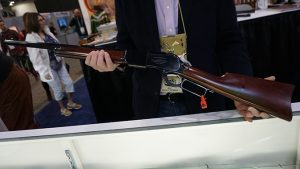 Part of Cimarron’s Texas Ranger series, the 1876 “Presidio” Short Rifle is chambered in .50-95 with a 20-inch octagonal barrel. “Texas Rangers / Co. E / Para Muerte De Diablos / Presidio Del Norte / Texas, 1883” is engraved on the side plate. The Spanish translates to “For the death of the devils.”
cimarron-firearms.com 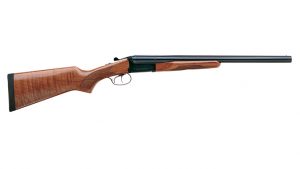 As in the Old West, this shotgun is equipped for security. Stoeger’s Coach Guns are available in a variety of chamberings with various features, but they all have 20-inch barrels. They are available with either single or double triggers. Additionally, customers can choose between the standard A-grade walnut or black-finished walnut.
stoegerindustries.com 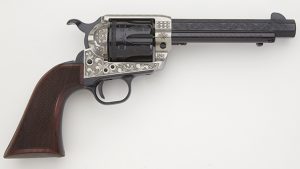 This revolver, brought to you by EMF from Pietta in Italy, has evolved from the original Alchimista. The Deluxe Alchimista III features blued and “Old Silver” finishes. It has engraving as well as an octagonal barrel. It is available in .357 Magnum and .45 Long Colt with either 4¾- or 5½-inch barrels.
emf-company.com 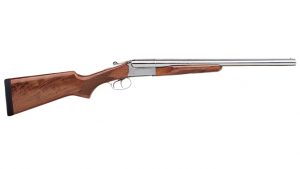 In addition to Stoeger’s standard Coach Gun, the company also offers a Supreme variant. These 12- and 20-gauge guns are available with blued or polished nickel finishes. The main difference between the standard guns and the Supreme variants is that the latter have AA-grade walnut stocks.
stoegerindustries.com 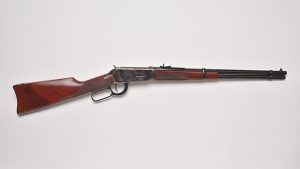 Quite possibly the most reproduced lever action in history, Taylor’s & Company Firearms offer its own 1894 lever-action rifle. It comes with a color-casehardened frame, a 20-inch round barrel, and a checkered stock and forend. This carbine is available in both .30-30 Winchester and .38-55.
taylorsfirearms.com 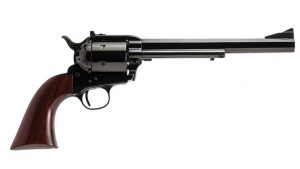 The Cimarron Bad Boy is in a league of its own. The Bad Boy is based on a classic design with a “pre-war” frame, either a 6- or 8-inch octagonal barrel and walnut grips. Chambered in .44 Magnum, this revolver is ready for target shooting as well as hunting.
cimarron-firearms.com