Walther’s storied history spans more than a century. In recent times the mind easily goes to the beautiful Q5 Match Steel Frame or revival of the handsome PPK/S, but the one model that quietly fills nearly ever need is the Q4 TAC. With a threaded 4.6-inch barrel, 15 or 17+1 capacity, and optics-ready for most any reflex site, there isn’t much the Q4 TAC can’t do. 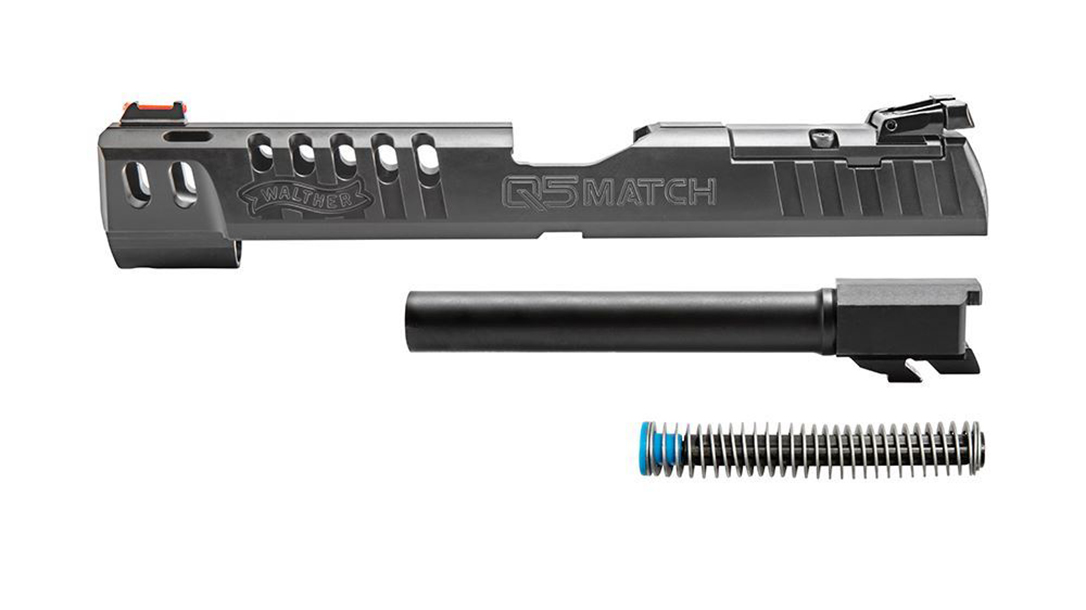 Walther is known for ergonomics and an excellent trigger, and that fame continues with the Q4 TAC. The frame features the same effective, yet not abrasive texture shared with the rest of the PPQ family. The trigger breaks crisply and resets after just 0.1-inch of travel; long enough to be safe, short enough to be quick. Those are all common features of a modern Walther pistol, so what sets the Q4 TAC apart?

To start the 4.6-inch barrel. With this length most any defensive round will perform as advertised. All too often shorter barrels are chosen for reduced weight and pistol size, but shorter barrels also cost velocity and muzzle energy. The Q4 TAC’s 4.6-inch barrel protrudes from the slide, which adds only half an ounce (4-percent more) to the standard PPQ model, but adds 15-percent more velocity-building and bullet-stabilizing barrel. That barrel is also threaded for suppressor use or a muzzle device. Adding a suppressor can easily mean needing higher sights unless you’ve got a reflex sight, which the Q4 TAC is also ready for.

Three steel mounting plates are included to accept nearly every popular reflex-site footprint. The addition of a reflex site works not only for handling suppressors, but also concealed carry, aiding the vision-impaired, or taking full advantage of Walther’s signature ergonomics and triggers for truly reflexive-speed shooting. Without an optic the pistol still aims easily thanks to a red fiber-optic front sight and adjustable LPA rear sight.

By sharing the same slide and frame profile as the rest of the polymer-framed PPQ family, the Q4 TAC was released with a myriad of holsters already available. If it fits the standard PPQ and has an open bottom it’ll fit the Q4 TAC. If a holster has a closed bottom but is made for the Q5 Match, it too will accept the Q4 TAC.

The common platform also means all manual of arms remain the same as they are on a standard PPQ. Reversible magazine release, trigger length-of-pull, and the truly ambidextrous slide stop/release levers remain in their familiar locations and familiar sizes. One thing some handgun owners may not be accustomed to is the capacity. The Q4 TAC ships with three magazines. All three of them share the same body, but two of them come pre-equipped with Walther’s +2 magazine extensions. In keeping with Walther’s signature precision that comes out to 17+17+15+1 in the chamber for a total out-of-the box capacity of 50 rounds; exactly one box of range ammo.

The Walther Q4 TAC could serve as a carry, duty, or range gun. It also works well as a home-defense pistol or real-world competition pistol. Run the gun with a suppressor or without, with a reflex sight or without, extended magazine or flush-fit. While flashier pistols may have taken the spotlight, the Q4 TAC is a workhorse that shouldn’t be overlooked. For more information, visit waltherarms.com.