"I was impressed with the performance of my Ruger SR1911; I will no doubt use it in future Wild Bunch SASS competitions."

One of my favorite Cowboy Action Shooting (CAS) games is the Wild Bunch match. Introduced a number of years ago by the Single Action Shooting Society (SASS), the match is based on the 1969 Western epic “The Wild Bunch,” directed by Sam Peckinpah and starring William Holden, Robert Ryan, Ernest Borgnine, Ben Johnson and Warren Oates. 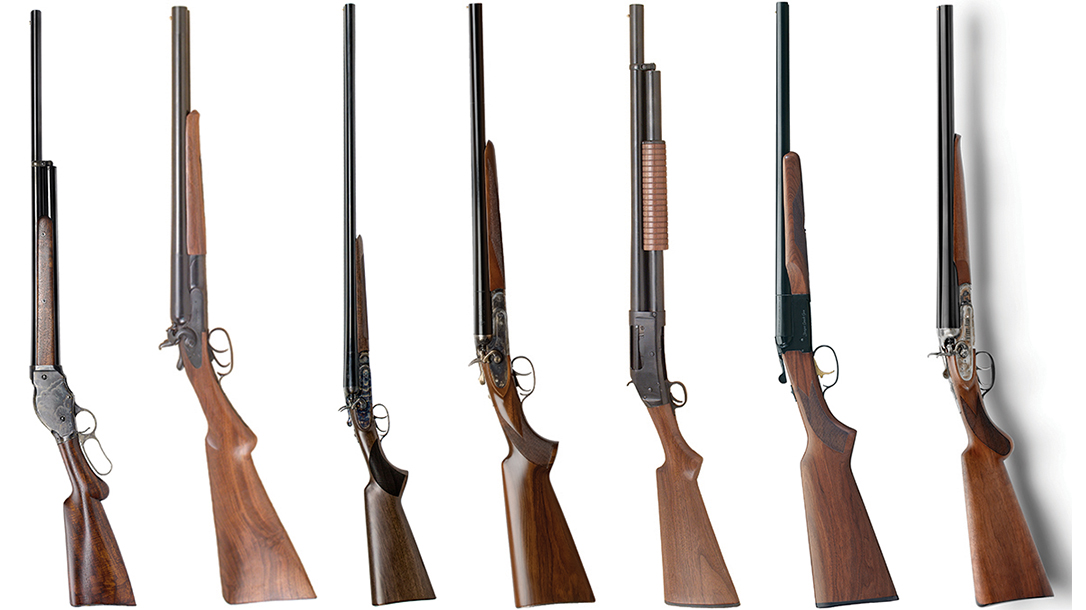 Set on the Texas-Mexico border in 1913, “The Wild Bunch” tells the story of an aging outlaw gang that pulls one last big score that goes sour, causing the gang to flee into revolutionary Mexico. They take refuge in a small village ruled by a corrupt Mexican general, whom they end up working for. Their task is to steal a shipment of U.S. Army weapons. They make the heist in military garb, with the movie setting a new milestone for bloody special effects. The story calls into play the modern weaponry of the time, such as Model 1911 pistols, Winchester Model 1897 shotguns and the ubiquitous lever guns. This was the impetus for the guns used in SASS Wild Bunch matches.

Per Wild Bunch rules, participants can only use a Model 1897 or Model 1912 pump-action shotgun, a lever-action rifle of .40 caliber or larger, and a Model 1911 or 1911A1 pistol in .45 ACP. Generally, I have used plain-Jane military-type 1911A1 pistols in this competition, but the “Modern” category allows you to compete with a more contemporary style of 1911. Your pistol must have a standard-weight, 5-inch barrel with a standard bushing. Any finish is legal. But then there is a whole laundry list of nos.

The empty pistol cannot exceed 42 ounces in weight, and it can’t have barrel ports, a compensator or a recoil-reducing device, flared magazine wells, an external rib on the slide, magazine basepads or target-style grips—you get the idea. You can have dot sights, but no fiber-optic inserts, reflex sights or lasers. The controls can be extended but not oversized. Match triggers and internal action tuning is okay, but everything must function normally. For the full list of dos and don’ts, see the SASS handbook.

I decided to compete in the Modern category using my Ruger SR1911. This particular pistol was made up as a commemorative for a shooting organization I belong to, but otherwise it’s a stock SR1911. What’s most distinctive is the gun’s two-tone finish, with a matte black side and a brushed stainless frame. It also has special laser-engraved wooden grips. The three-dot Novak sights are mounted to the slide in dovetail slots so they can be moved laterally for windage.

The 5-inch, stainless steel barrel has six-groove, 1-in-16-inch-twist rifling. The barrel and bushing are machined from the same bar stock for improved accuracy. The ejection port is oversized, and the slide is deeply serrated.

The hammer is skeletonized, as is the aluminum trigger, which is lightweight and adjustable for overtravel. Extended parts include the grip safety, manual safety and magazine catch. The flat mainspring housing is checkered, and the magazine well is beveled. Finally, it accepts all standard 1911 magazines.

Like lots of CAS competitors, I handload my ammunition. This is a good thing, since you must use .45 ACP cartridges with lead bullets in Wild Bunch matches. This can pose problems for those who don’t “roll their own.”

I’ve had discussions with some large cowboy ammo producers in the last couple of years as to why they don’t include a load with 230-grain lead round-nose (LRN) bullets in their lines specifically for Wild Bunch matches. Nobody seemed interested at the time, but now things are different. At a firearms trade show, I was introduced to Choice Ammunition. Among the company’s self-defense, hunting and competition ammo is the Cowboy Choice line. These loads run from .32 H&R to .38 Long/.38 Special, .357 Magnum, .44 Special/Magnum, .44-40, .45 Schofield, .45 Colt and the newest offering, the .45 ACP Wild Bunch! I’d like to think I had a hand in this last cartridge.

Choice Ammunition started from scratch and began with new Jagemann Technologies (JAG) cartridge cases made from American-made drawn brass cups. Then the company added a 0.452-inch, 230-grain LRN bullet with a 12 to 15 Brinell hardness rating that is also coated to prevent barrel leading. The overall cartridge length is 1.27 inches.

The ammo I was sent has a factory-listed velocity of 675 fps, which gives it a power factor of 155 and makes SASS minimum requirements. This load is billed as being super accurate in 5-inch barrels and cycles in 1911 variants fantastically. It’s tailored for steel plate shooting; the load’s components and ballistics come together to provide reduced muzzle rise for better control during rapid-fire shooting.

These Wild Bunch .45 ACP cartridges come in 50-round boxes with an MSRP of $23 each, and you can order directly from Choice Ammunition. The 150 rounds of test ammunition I received came in a clear plastic canister with Cowboy Choice labeling; it sells for $67. There’s also a 250-round canister for $110.

You’ll want to dress properly for a Wild Bunch match. Traditional cowboy duds or even early 1900s military-style outfits will work. I added a “Smokey” campaign hat to my costume. Your leather must also conform to requirements for looks, function and safety. The holster must cover the barrel and slide from muzzle to ejection port, with no open front. You can’t use metal or plastic rigs, and no shoulder or cross-draw holsters are allowed. You can also use military-style single or double magazine pouches that must cover at least 2 inches of the magazine, and they must be worn opposite the holster.

For the competition, I used a Barranti Leather Border Ranger holster that was made especially for my Ruger SR1911. It is a reproduction of the holsters made and used by the late Texas Ranger Tol Dawson. Mike “Doc” Barranti makes these holsters by hand out of choice saddle leather. Mine is dark brown with oak leaf stamping and a black stippled background with a 1.5-inch-wide belt loop. It is mated with a matching single magazine pouch, which I put on an oak-leaf-stamped Ranger-style belt.

Prior to shooting the Wild Bunch event, I took the Ruger SR1911 and Cowboy Choice ammo to the range to see where the gun was shooting and gauge its accuracy potential. Running a bullseye target down to the 15-yard line, I used an impromptu rest and fired with both hands. Using a dead-center point of aim, I pressed the trigger and the big 230-grain bullets “thunked” into the center of the target.

My best five-shot group measured 2.09 inches and would have been about 1.73 inches were it not for a flyer. The average of three 5-shot groups was 2.32 inches, all shot to point of aim. Next, I sent a target to 7 yards and cranked off shots from a standing isosceles stance, using three magazines loaded with five rounds each. All 15 shots went into the black of the 12-inch bullseye, and there were zero malfunctions during this limited evaluation.

The day of the SASS match, I loaded my gun cart into my vehicle along with my original Winchester Model 97 shotgun from 1902, #8 low-brass shells, my old Rossi Model 92 lever-action carbine in .45 Colt, plus Choice Ammunition’s .45 Colt load. Next came the Ruger SR1911, the Cowboy Choice .45 ACP Wild Bunch ammo and my Barranti Leather rig, to which I added a slide that held six 12-gauge shotshells. Next stop was the Pleasant Valley Renegades SASS Club, located in the wilds of Southern Indiana.

Even though I was shooting in the Modern category, I elected to shoot with one hand, Duelist style, instead of two-handed, which the rules allow. The shooting scenarios were loosely based on the movie “Tombstone,” as were the phrases uttered by shooters to start the timer. Wild Bunch is much the same as regular CAS with the exception of the regimen at the loading table. You are only allowed the one pistol, and you must show it is cleared/empty to the cowpoke manning the loading table. You can have up to four magazines on your person with five rounds loaded into each.

As you are staging your long guns, the buckaroo running the timer will have you load a magazine into your Model 1911, but leave the chamber empty. Once you get to the handgun portion, the shooter racks the slide, chambering a round, and then fires the course. Unlike the sixgun shooters, the Wild Bunch shooter changes magazines instead of wheelguns. After the pistol is fired, it is cleared and then left at the shooting station with the slide locked back and no magazine inside. The long guns are checked at the unloading table as usual.

I’m no speedster. My ambition that day was just to have fun and maybe score a clean match with no misses. Well, the no-misses thing ended at stage four. The Ruger SR1911 ran famously using the Cowboy Choice ammo. The only malfunction I had all day with the handgun was a feeding failure I caused when I tried to get off a quick first shot on stage four and limp-wristed the pistol—a real no-no with the Model 1911. 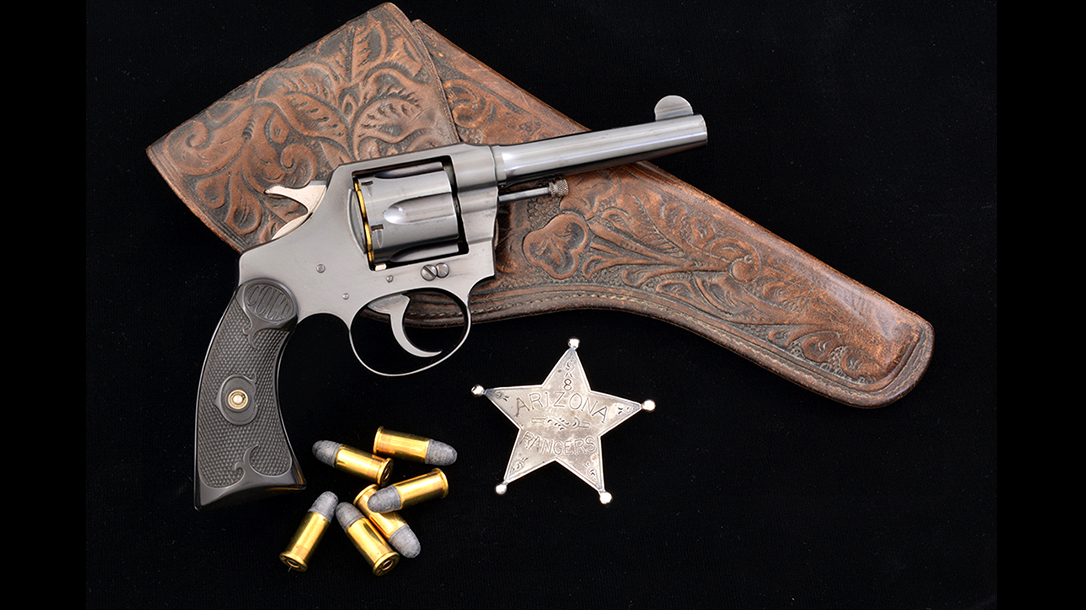 I only had one miss all day with the SR1911, putting a shot in the dirt just ahead of the steel target during stage five. With the Cowboy Choice ammo, the Ruger was accurate and easy to control in rapid fire, empty magazines popped right out when the catch was pressed, and the Barranti holster and mag pouch kept both the pistol and spare magazine secure until they were needed.

I had a hell of a good time with old and new friends alike. This is what Cowboy Action Shooting is all about! I was impressed with the performance of my Ruger SR1911; I will no doubt use it in future Wild Bunch SASS competitions. In addition, I was equally impressed with the Cowboy Choice .45 ACP cartridges and plan to use the rounds I have left in a later CAS match.

Finally, let me just say that Choice Ammunition is a very young company, but it has big plans. Future endeavors include new pasteboard boxes for the Cowboy Choice cartridges with a classic Old West look and instead of loose rounds, the inside of the boxes will be partitioned to enclose each round. I look forward to using his ammo again real soon.