The Results of Getting a Customized Wilson Combat Glock 19 Gen4

by Rob Garrett
in Guns, Handguns
0

The final — and most expensive — option was the installation of a Wilson fitted match barrel threaded for a suppressor.

A custom Wilson Combat Glock pistol might be about as good as it gets.For more than 40 years, Wilson Combat has been the leader in custom 1911 pistols and parts. Over the years, Wilson has branched out to other areas that Bill Wilson has an interest in. These include AR rifles in 14 different calibers, to include Wilson’s proprietary 7.62×40 WT. 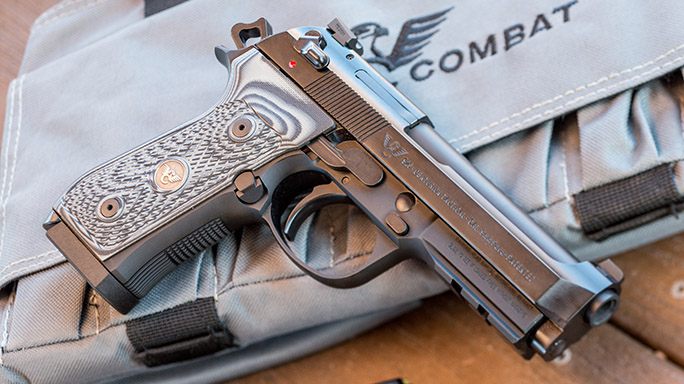 A few years ago, Bill’s interest in the Berretta 92 lead Wilson offering a line of enhanced and customized 92 models to include the Brigadier and Centurion. However, Bill had very little interest in doing any work on Glock pistols — that is, until now.

Bill recognized that a large percentage of shooters who owned one of his 1911 pistols probably owned a Glock. There were also those Glock shooters who wanted their pistol enhanced in a tasteful manner; as we all know, there are no shortage of custom Glock builds out there.

As with other projects, Wilson Combat did not enter this half-hearted. To give customers the most options, Wilson offers some 88 options on its a’ la carte build sheet.

I recently sent a stock, Glock 19 Gen4 to Wilson for them to do its magic. My build sheet was not all inclusive, but included the most popular options for a personal defense/carry pistol. I also added a few cosmetic options.

The slide received the most extensive work. Wilson machined seven forward cocking serrations that were exact replications of the factory rear cocking serrations. They also radiused the end of the slide in a manner similar to the Gen5 Glocks.

The top of the slide was machined with 28 LPI serrations and the ejection port was flared. A Wilson “U” notch rear Battlesight was installed and paired with a Tritium front sight.

The final — and most expensive — option was the installation of a Wilson fitted match barrel threaded for a suppressor. This option included a deep reverse crown. One of the aesthetic options I added was machined flutes on the chamber and barrel. Finally, the slide was finished in gray Armor-Tuff.

The frame received Wilson’s Starburst stipple pattern — one of the nicest patterns on the market, in my opinion. The work is done with a laser for a very clean and consistent look. I selected to omit having the thumb pad stippled, but did have the base of the trigger guard high cut. 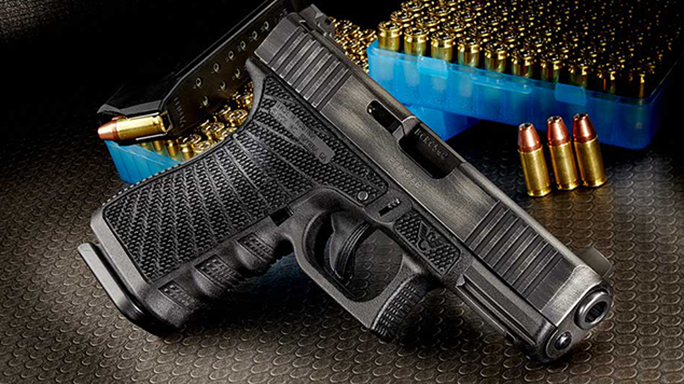 Wilson Combat Glock 19 on the Range

On the range, the flat face of the Apex trigger provided a more consistent placement of the trigger finger and immediately solved my problem of pushing shots to the left.

The Starbust stippling provided an enhanced gripping service over the factory texture. This was especially noticeable when running “Bill drills” and other rapid fire strings.

Hitting a reduced IPSC steel silhouette from 50 yards proved to be rather boring. I am not sure if my increased accuracy was due to the trigger or the match barrel. In any case, my performance with the pistol was significantly better than with a stock G19. I also ran the G19 with SIG’s excellent SRD9 suppressor using Super Vel’s 147 gr. Hush Puppy load.

The cost of most of Wilson’s modifications is extremely reasonable. For example, the frame treatment is $139, while the cocking serrations and slide serrations are only $75 each. The gray Armor-Tuff finish for the slide was $100. For those who would like to have the entire pistol refinished, the cost is $350.

And there is more good news, Wilson is now accepting work on the Glock 43. Mine went out yesterday.

Look for a complete review of custom Wilson Combat Glock pistols in issue No. 211 of Concealed Carry Handguns, on sale April 3, 2018. Subscribe to the magazine at OutdoorGroupStore.com.