WASHINGTON – Three Guantanamo Bay detainees whose deaths were ruled a suicide in 2006 apparently had been transported from their cells hours before their deaths to a secret site on the island, an article in Harper’s magazine asserts.

The account released Monday raises serious questions about whether the three detainees actually died by hanging themselves in their cells and suggests the U.S. government is covering up details of what precisely happened in the hours before the deaths on the night of June 9, 2006.

In response to the magazine article, the Justice Department said Monday that it had thoroughly reviewed the allegations and found no evidence of wrongdoing.

Harper’s reported that the deaths of the three detainees, or the events that led directly to their deaths, most likely occurred at a previously undisclosed facility a mile or so from the main Guantanamo Bay prison complex.

Harper’s based much of its account on interviews with several prison guards who said they knew of the existence of the “black” site and that they saw three detainees removed from Camp Delta several hours before the deaths were reported and said the prisoners were transported in a white van toward the secret site.

Those who knew of the black facility referred to it as “Camp No,” reported the magazine, quoting Army Sgt. Joe Hickman, one of the guards.

Anyone who asked if the black site existed would be told, “No, it doesn’t,” the magazine reported, quoting Hickman. The article will be published in the magazine’s March issue.

Read the Harper’s Magazine article titled “The Guantánamo ‘Suicides’: A Camp Delta sergeant blows the whistle” here and the rest of the AP story here. 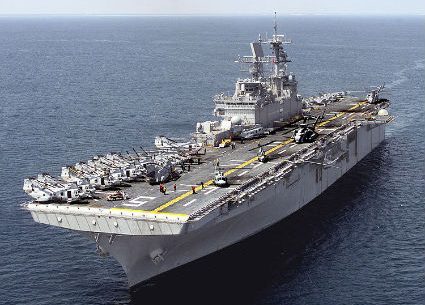