1
SHARES
9
VIEWS
Share on FacebookShare on Twitter
The Hill Country Rifles Long-Range Tactical .338 Lapua offers shooters a whole lot of rifle in a reasonably sized package. This rifle is designed for shooting distances of 1,000 yards and beyond. Shown here with a Leupold Mark 4 scope.

I don’t consider myself a rifle guy, which is probably why I find long-distance precision rifles fascinating. My only real training in the “art of the rifle” was at an FBI sniper course in the 1980s—most of that was at 100 yards. The idea of sending a round a half-mile, a mile or even more is mind boggling to me. When a rifle shot is so long that the rotation of the earth must be taken into account, we have travelled far beyond the fundamentals of sights, trigger control and a solid shooting base. Precision rifle shooting has been a popular pastime for centuries. Now, the war in Afghanistan (where long shots across mountains have saved lives) has brought to the forefront the skills and technology that make accurate shots at great distances a reality. The record for the longest kill-shot ever fired in combat has gone beyond what many have thought possible.

Recently, British soldier Corporal Craig Harrison set a new record for the longest shot in combat while serving in Afghanistan: he fired shots at Taliban machine gunners confirmed via GPS to be 1.54 miles away, twice in the same firefight. That distance was approximately a half-mile beyond his weapon’s effective range. The previous record set by Canadian Corporal Rob Furlong, who was using a .50 BMG McMillan TAC-50 rifle, was 1.51 miles. Corporal Harrison used an Accuracy International L115A3 chambered in .338 Lapua. (The .338 is designed for accuracy and power beyond the typical 7.62mm/.308 rifle but Corporal Harrison’s achievement was quite a surprise.) Obviously, the .338 Lapua is capable of great accuracy at long distances. With many precision shooters now using it, the cartridge is in short supply. 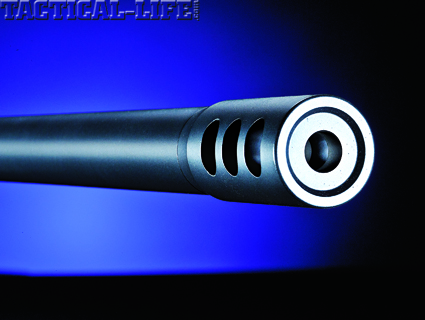 The Accuracy International rifle used by Corporal Harrison was manufactured in England, but it is by no means the only super-accurate rifle chambered in .338 Lapua. Hill Country Rifles has been building mainly hunting rifles for the last 16 years, guaranteeing 0.5 MOA with its custom hunting long guns, 7- to 8-pound sporting rifles designed to be carried much and shot little. Hill Country gunsmiths figured if they could get consistent 0.5 MOA out of a light hunting rifle, it would be a piece of cake to do better with a heavy tactical rifle. They set out to do just that. Selling about 20 tactical-grade custom-built rifles each year, Hill Country’s tactical rifles are increasingly in demand. But don’t think all of its tactical rifles are heavy. It also has an 8.5-pound version that shoots very, very well. 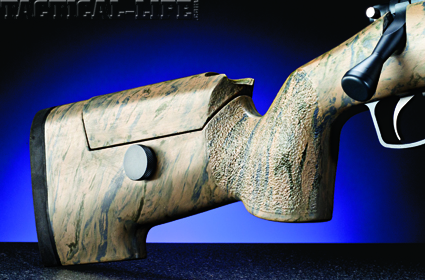 The rifle features a fully adjustable McMillan A3/5 stock, offering operators the best cheekweld to suit their individual needs and preferences.