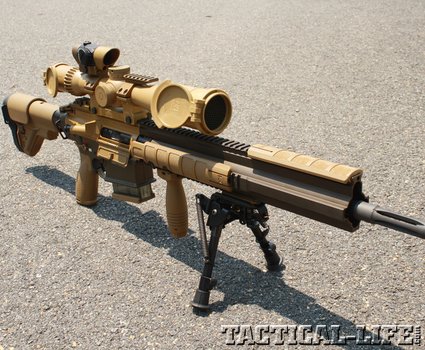 There is something to be said for national pride, and when it comes to armaments, many countries have a distinct preference for domestic designs. However, patriotism doesn’t trump combat effectiveness. Fortunately for the German army, it can have both by way of the new Heckler & Koch G28 designated marksman rifle. The German army selected the HK G28 chambered in 7.62mm NATO as their standard-issue designated marksman weapon. This piston-operated, semi-automatic-only carbine combines elements of the HK417 and the MR762, its civilian version. In fact, there is 75 percent parts interchangeability between the G28 and the HK417.

The role of the designated marksman is entirely unlike that of the sniper and calls for a different weapon system altogether. Rather than operating in a standalone capacity or in support of other combat operations, the designated marksman is usually a fully integrated member of a platoon-sized unit. Where the average infantry rifleman trains to engage targets at combat distances from 300 to 500 yards, a designated marksman can hit enemy targets out to 800 yards. These are not intended as precision headshots but standard centermass combat fire at distance. The goal is to extend the capabilities of the unit, and their rifle is designed for rapid engagements of multiple targets. 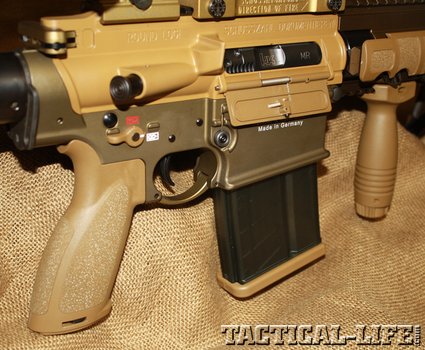 The G28 borrows heavily from the U.S. military HK417 and the civilian MR762A1. In fact, there is 75 percent parts interchangeability between these systems.

The outward appearance and operation of the G28 is almost identical to that of the AR rifle, but internally it is its own gun. HK first developed an AR piston gun, the HK416, in 2004. It is a piston-powered 5.56x45mm AR carbine designed to meet the demands of U.S. special operations units. Continued combat use of this rifle has proven its reliability under the harshest conditions. HK followed up this success with the HK417, a beefed-up 7.62x51mm version intended more for the designated marksman role. Eventually, HK produced a civilian ver­­sion, the MR762A, of that same rifle. 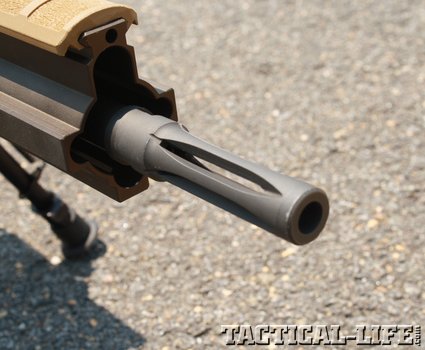 The G28 uses a proprietary short-stroke gas-piston system with a 16.5-inch, cold-hammer-forged, chrome-lined barrel that is slightly “swagged.” 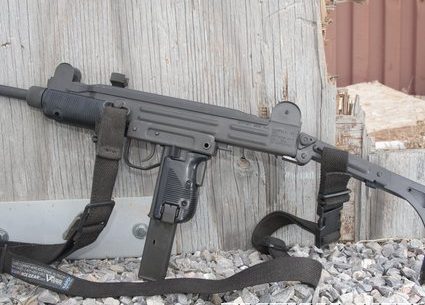 There is something to be said for national pride, and when it comes to…