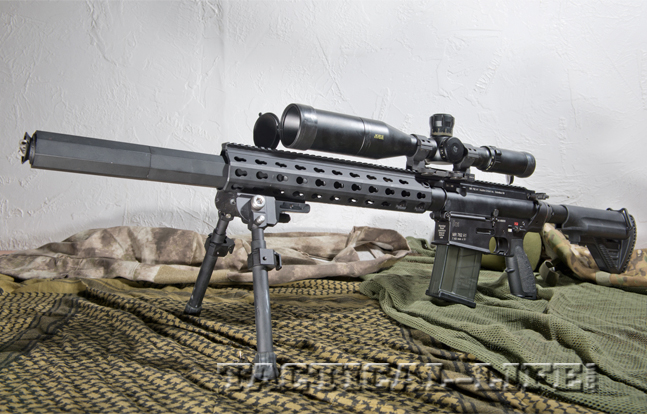 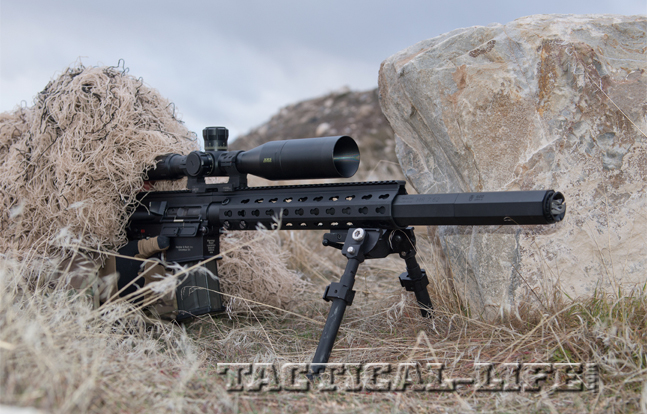 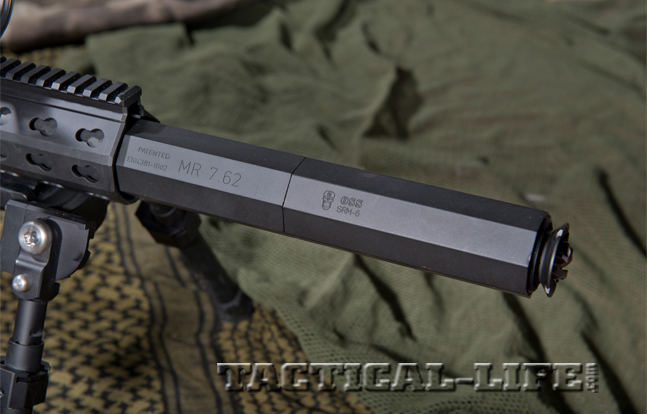 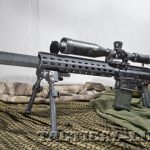 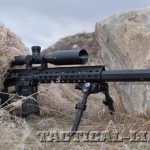 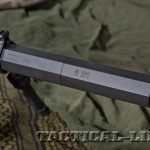 Heckler & Koch has teamed up with Operators Suppressor Systems to make integrally suppressed MR556A1 and MR762A1 rifles for covert operators. In the upcoming June 2014 issue of SPECIAL WEAPONS FOR MILITARY & POLICE, author David Bahde puts a new HK MR762A1-SD to the test. Bahde writes, “The new MR762A1-SD is designed to accommodate a suppressor system from Operators Suppressor Systems (OSS), and a new forend has been added. HK’s 14.7-inch Modular Rail System (MRS) handguard has an octagonal shape that is designed to match that of the OSS suppressor. The handguard is held in place with new SW11-type screws, which facilitate easy removal, and KeyMod slots line seven of the eight handguard surfaces for adding lights, lasers and other accessories. A continuous top rail supports scopes, sights and other aiming or night-vision devices. Two integrated QD sling attachment points are built into the rail just in front of the receiver. Oriented towards the top, they accommodate tactical slings correctly.

“Rather than baffles, the OSS suppressor utilizes a coil design that can be matched to any caliber or rifle’s characteristics. It’s also easy to break down for cleaning and maintenance, and it runs at about half the temperature of standard suppressors and cools much more quickly. It eliminates first-round flash, something no other suppressor is capable of doing to date. Standard versions are available, but the units made for the HK SD rifles are purpose-built for them.

“The OSS system for the MR762A1-SD (Click here to watch Video of Heckler & Koch MR556A1-SD and MR762A1-SD Rifles) consists of two components. The base unit is the Back Pressure Regulator, or BPR, which adds less than an inch to the barrel. Much of it rests under the MRS handguard, and it provides 18 decibels of sound reduction, rivaling many longer suppressors. It also eliminates 95 percent of the backpressure associated with standard suppressors and reduces reliability issues with a minimal bolt speed increase. In essence, the BPR redirects gases rather than simply capturing them, reducing felt recoil and muzzle rise. The second component of the OSS system is the Signature Reduction Module, or SRM, which, when added to the BPR, provides a sound reduction of more than 140 decibels. The SRM can be removed easily based on mission needs, and all of the suppressor’s internal parts can be replaced if necessary.”

For more information on the OSS Suppressor, visit: http://www.oss-online.com/

To learn more, check out the June 2014 issue of SPECIAL WEAPONS FOR MILITARY & POLICE, available on newsstands and digitally May 13, 2014. To subscribe, go to https://www.tactical-life.com/subscribe/Special Weapons for Military & Police 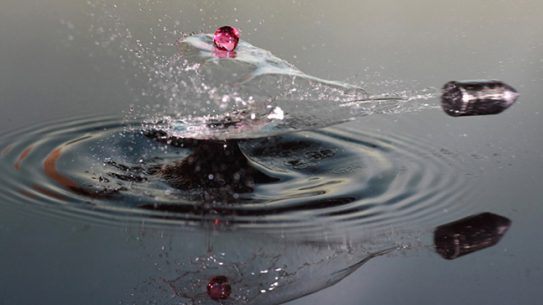 See a Bullet Pierce Through Water at High Speeds