FORT BELVOIR, Va.– For the past year, almost 7,000 sensors mounted on helmets in Iraq and Afghanistan have been collecting data on blast trauma from improvised explosive devices.

The sensors were fielded by the Program Executive Office Soldier so that the Army could gather critical information needed to characterize exposures to impact trauma and blast incidents. The information gathered has the potential to save troops from battlefield head injuries by improving prevention and mitigation strategies, PEO Soldier officials said.

The small, lightweight sensors collected data from March 2008 to March 2009. They recorded concussive forces, to include helmet acceleration and blast pressure. They were fielded in two variants, to address questions about the effect of the sensor’s location on its accuracy and on its ease of access for data downloads.

Soldiers of the 1st Brigade Combat Team, 4th Infantry Division deployed to Iraq with the internal sensor, placed beneath the pad in the crown of the Advanced Combat Helmet.

The information stored in the sensor is downloaded onto a computer during monthly collection cycles or when a Soldier is involved in an incident or attack event. Ultimately the information is uploaded into an Army-managed database, while ensuring each Soldiers’ privacy, PEO-Soldier officials said.

“I salute the Soldiers of the 1-4th and 4-101st. We could not have accomplished this major initiative without them,” said Brig. Gen. Peter N. Fuller, Program Executive Officer Soldier. Fuller’s organization, PEO Soldier, is responsible for developing, acquiring, and fielding virtually everything that Soldiers wear or carry.

Even as the Army is compiling the data gathered by the current sensors, it is preparing to send an even more sophisticated Generation II sensor into theater to continue gathering information on impact trauma and blast events.

PEO Soldier is always looking for the next level of excellence in Soldier gear, he said, and the data captured by the sensors will help to better define the threat for developers of Soldier protective equipment. Using the sensor data, the Army is developing and validating a detailed model of how the helmets and helmet pads distribute and cushion external pressures on the helmet.

The Generation II sensors have enhancements to their data-collection, storage, and power- management capabilities. The improved sensor adds a wireless capability so that data can be downloaded without plugging the sensor into a USB port, as is the case now. Information on the sensor’s power consumption, remaining memory, and overall functionality will also be retrieved wirelessly.

“This parallel effort is unprecedented in its purpose and scope,” said Brig. Gen. Fuller.

“Never before has the Army undertaken a large-scale initiative such as this to gather data on potential injuries from Soldiers actually in theater,” Fuller said. “The sensors promise to provide the medical community and our equipment developers with critically important information on what constitutes a blast [exposure] causing potentially serious injury to our servicemembers.”

The data collected in the sensors will help determine what constitutes an injury-causing impact to the Soldier and will give the Army insights into future helmet design, said Lt. Col. Jon Rickey, product manager, Soldier Protective Equipment at PEO Soldier. “The sensors provide the Army with the ability to capture blast pressure data in order to better understand the forces acting on the helmet and the forces translated to the Soldier’s head,” Rickey said.

Mike Leggieri, director of the Department of Defense Blast Injury Research Program Coordinating Office at Fort Detrick, Md., said he expects the sensor data, when properly interpreted, to provide statistics on the nature, intensity, and frequency of “head traumatic loading,” or the impact a Soldier’s head absorbs

“We expect the helmet sensor data to provide a much-needed understanding of the nature and frequency of head trauma loads facing our deployed warfighters,” Leggieri said.

Traumatic brain injury occurs when a sudden physical impact causes damage. The damage can be local, confined to one area of the brain, or diffuse, affecting multiple areas.

The quantitative relationship between the physical impact on the head, for instance the head’s acceleration, and any actual brain injury “is the subject of considerable active research,” Leggieri said. “As that relationship becomes defined, these data will help guide potential TBI prevention or treatment strategies.”

Because the ACH is subjected to a wide range of motion on the battlefield, the sensor data must be carefully sorted and calibrated now that the first generation of sensors has been collected from the Soldiers who wore them, officials said.

Within the next six months, the officials expect to have completed the first phase of their data analysis. Extensive laboratory tests have been conducted to measure a wide range of head acceleration conditions, from blasts to impacts to falls. These tests will help the Army differentiate between impacts that resulted from the helmet simply being dropped, bumped or thrown, and blast-related impacts.

The end result of this analysis will be that the Army will have defined a more exact line between a non-blast event and a blast event. To date, more than 150,000 sensor recordings have been downloaded and entered into the test database. “Certain, subtle differences have been identified that can distinguish the two conditions,” Leggieri said.

The data obtained from the helmet sensors will have value long after it is collected in theater, Fuller said. Ultimately, the data gathered on impacts to the helmet may give TBI researchers a clearer picture of what levels and kinds of head trauma should be studied, to gain information with the greatest relevance to service members on the battlefield.

“We recognize that traumatic brain injury is a major concern on the modern battlefield, and we can ensure our servicemembers that the Army is doing everything in its power to prevent and alleviate TBI,” Fuller said.

For more information on the helmet sensors, visit www.peosoldier.army.mil. 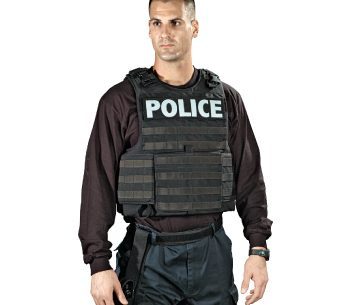 FORT BELVOIR, Va.-- For the past year, almost 7,000 sensors mounted on helmets in…