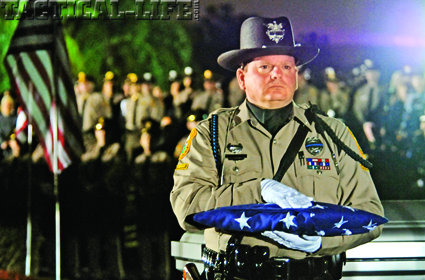 Arkansas Wildlife Officer Michael Neal stands beside his vehicle, which he used to stop an AK assault.

A new documentary film scheduled to be released this fall features the true stories of real law enforcement officers—men and women who were willing to risk their lives and some who gave their all to protect and serve. The stories of four fallen officers are highlighted, and viewers are taken behind the scenes to see the effects of their sacrifices on the lives of their family, colleagues and their communities. Three other officers who experienced near-fatal encounters with violent assailants tell their tales of survival and how the incident has affected their lives.

Heroes is a combined effort by Modern City Entertainment and the National Law Enforcement Officers Memorial Fund (NLEOMF). It’s directed by Wayne Derrick, who’s worked on documentary films the world over and is the recipient of two BAFTA awards in Great Britain. His goal is to illustrate what it’s really like to “walk the thin blue line” and emphasize the heroics of the men and women who wear the badge. Contributing to this project is four-time Emmy-winning broadcast journalist Allison Lusby, who’s worked for ABC, CBS, NBC and Fox networks. One of the film’s producers is Bill Erfurth, a retired lieutenant with the Miami-Dade Police Department (MDPD). The film, what he calls a “labor of love,” will educate audiences about the dangers LEOs face daily throughout the country. 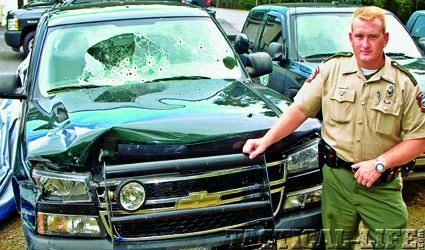 A Miami-Dade officer presents a folded flag to a fallen comrade’s family.

“The Fallen” portion of the documentary covers an incident where two MDPD detectives were shot and killed serving an arrest warrant on a wanted murderer, plus the ambush-type shooting of Clark County (Ohio) Deputy Sheriff Suzanne Hopper and the unprovoked slaying of San Diego Police Officer Jeremy Henwood. “Living Legends” tells of Federal Protective Service Inspector Anton Sampson, who saved a 9-year-old girl from two armed home invaders. Other stories include those from Fond du Lac (Wisconsin) Officer Ryan Williams, who was shot twice responding to a sexual assault complaint, and Arkansas Wildlife Officer Michael Neal, who faced a harrowing ordeal with two AK-armed assailants.

In association with Craig Floyd, chairman and CEO of the NLEOMF, viewers will journey to Washington, D.C., with family members of fallen officers and witness the ceremonies during Police Week 2012. This includes events at the National Law Enforcement Memorial Monument, which has some 19,000 names of America’s fallen LEOs inscribed upon it—dating all the way back to 1791. A retrospective and history of the NLEOMF is presented, along with staff and volunteer interviews, plus information on the new National Law Enforcement Museum, which is scheduled to open in 2013.

The NLEOMF was formed as a non-profit organization in 1984 to honor the service and sacrifice of American LEOs. The group’s efforts led to the construction and dedication of the National Law Enforcement Officers Memorial in October 1991. NLEOMF has also spearheaded projects such as the enactment of a federal law requiring the “Stars and Stripes” to be flown at half-mast on May 15th, Peace Officers Memorial Day. Fifty percent of the proceeds from Heroes will benefit the Memorial and NLEOMF. The film’s producers ask that you take a stand against violence directed at police and spread the word about the film through social media like Facebook and Twitter and personal contacts in your community. For more information, visit heroesbehindthebadge.com or nleomf.com. 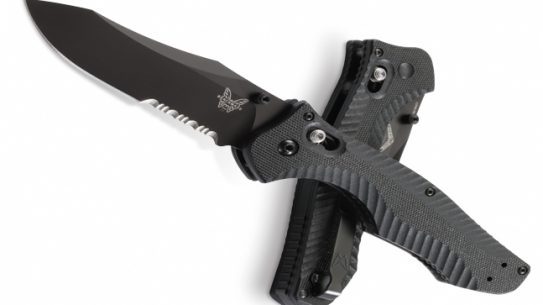 Arkansas Wildlife Officer Michael Neal stands beside his vehicle, which he used to stop…