FOR the longest time, America has heard the nonstop war drum in Mexico. Not between rival nations but for the control of the lucrative drug trade that brings drugs and people northward to the US, and money and weapons down south. Since the Arrelano Cartel was brought down several years ago, the battle has come to a fever pitch as groups fight for the position of top dog in the drug world.

The Cartels have also found new ways to fund their trade. Kidnapping relatives and holding them for ransom is the new way to build currency. Families of the victims are terrorized to keep from calling US law enforcement. In fact, Mexico is listed as one of two nations worldwide that the US military is reportedly watching out for a complete collapse of their government from a January 2009 U.S. Joint Forces Command report. The violence is not limited to south of the border, there is mounting evidence that it is spilling over to the north. For instance, in Phoenix, Arizona, 560 kidnappings in 2007 to 2008 are believed linked to the Mexican drug trafficking cartels, as well as killings in Georgia, Alabama and British Columbia. As a result, law enforcement on both the federal and local level has to adapt to this evolving threat. New ways to fight the drug war and its violence are needed.

One tactic is to stop the assets being used to fund these drug cartels. In March 2009 alone, US Customs and Border Protection personnel have seized several millions going south. Starving these groups’ need for money hurts their ability to operate and make more of their “product” or to buy weapons.

Other funding will go to increase current “Operation Stonegarden” funding. This operation subsidizes overtime for state and local agencies to participate in anti-smuggling patrols. In San Diego, California for example, these finance marine and land patrols from various state and federal agencies to stop smuggling.

Capt. Miranda noted that between 2004 and 2007, they saw an increase in violence that was tied to the drug trafficking cartels including kidnapping and homicides. But after that two-and-a-half year period, the actual homicides and kidnappings in Chula Vista dropped following the arrests of several suspects.

Currently the Chula Vista Police Department has gathered information demonstrating that the cartels are active in the area. Avoiding kidnappings and murders on the US side of the border completely, they prefer more to lure or extort families in Chula Vista by kidnapping family members who travel to or have business in Tijuana. Captain Miranda noted, these groups don’t want the intense attention of US law enforcement that Mexico will bring.

It was immediately evident that Chula Vista is not merely sitting back and reacting. They have had to adapt. Officers are now trained to be aware of and look for possible links to the cartels. When responding to calls, they know what questions to ask if it is related to illicit trafficking. They are also reaching out into the communities to look for the telltale signs that this war is reaching north of the border. Being an active participant in the community by building trust and relationships is a key to prevent that cycle.

A new awareness is now coming that these groups are real, and a potential threat for those of us who work a beat along the border. This is no longer the stuff of movie fiction. The unfortunate truth is that until the groups are brought under control, the potential of it taking place here continues to be real.

We need to recognize this war has high stakes and the cartels have already shown a propensity for violence with police south of the border. We can assume we will not be spared that when the heat is on. Use solid officer safety tactics, and listen to your instincts. Above all, if anything that you get out of this article comes out, it should be to go home in one piece. 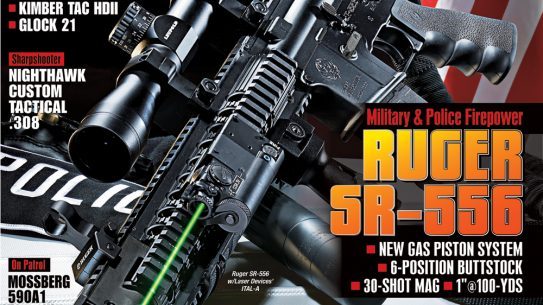 FOR the longest time, America has heard the nonstop war drum in Mexico. Not…