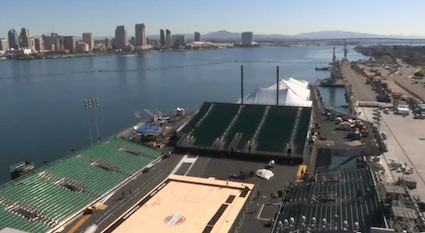 Isaac Paddock, a 32-year-old petty officer in the U.S. Navy, stood on the deck of this nuclear-powered aircraft carrier Thursday afternoon and chatted congenially with reporters. Paddock cut an impressive figure in his blue fatigues. Though he was surrounded by sports writers, Paddock faced a distinctly non-sporting line of questioning as the scribes probed his memories of that fateful day last May when Osama Bin Laden’s body was brought to this very ship by the Navy’s special forces and dumped into the Arabian Sea.

Paddock was prohibited by military regulations from giving too many details about the event, but he did confirm he was on board that day. He said the crew did not know in advance that Bin Laden was coming, but became aware shortly after his body arrived by plane. “We learned about it as it was happening. There were certain areas on the ship we were told we couldn’t go,” Paddock said. “To have that happen on our ship was incredible. The whole ship had something to do with it. The ship isn’t run by one person. The whole crew was really proud of our contribution to the United States of America.”

A few hundred feet from where Paddock offered this paean to teamwork, dozens of workers were putting the finishing touches on a makeshift outdoor basketball arena. Men driving forklifts moved boxes of concessions. Others rolled in basket stanchions. Still others hammered away at the platform from which ESPN’s studio crew will conduct its broadcast. It was all in preparation for Friday night’s inaugural Carrier Classic between No. 1 North Carolina and Michigan State.

Read the rest of Seth Davis’s article at Sports Illustrated. 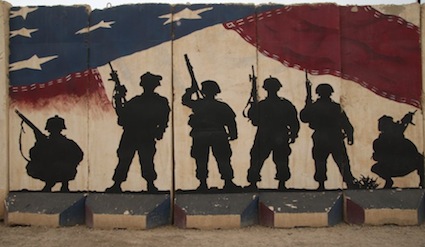 Isaac Paddock, a 32-year-old petty officer in the U.S. Navy, stood on the deck…