“I have to be able to talk with a resident who lives in a home that costs over a million dollars and 10 minutes later have a similar discussion with someone who lives in government-assisted housing,” Lieutenant Shane Ginnan, Lieutenant of the Noblesville Police Department in Noblesville, IN told me during my time riding with him one evening. Lieutenant Ginnan is the lieutenant of Night Squad A, and lead sniper for the ESU team. He was illustrating to me the great differences in the population that has to be policed in the 19.1 square miles of the city. My time with the Noblesville PD would soon show the truth of this statement. Having lived and worked in this area for a number of years, I can honestly say I’d never stopped to think of the law enforcement pressures of the area. 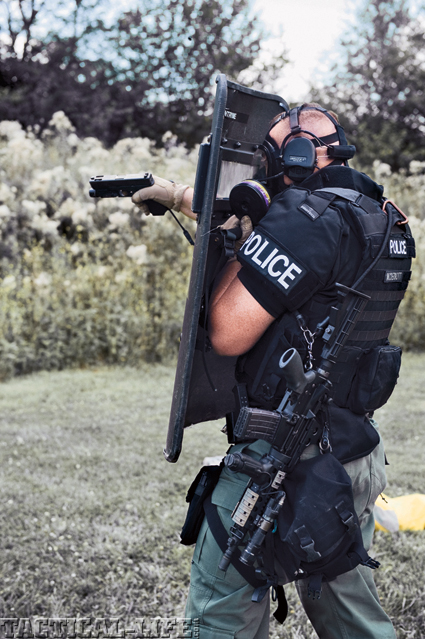 To give you an idea of the importance of this area keep this in mind: Noblesville is designated as the county seat, which means all legal disputes, courts, and county arrests end up here. Noblesville has also received many accolades and awards such as being named as “10 Best Towns for Families,” “25 Best Places for Affordable Housing” and “Indiana Community of the Year,” by magazines like Money and Family Circle. Oh, and I should mention Forbes.com labeled Hamilton County “America’s Best Place to Raise A Family in the U.S.” and in 2006 Frommers ranked Noblesville as 10th “Best Places to Raise Your Family in the United States.” When I read things like this I realize there’s tremendous pressure and a lot at stake from a policing perspective: A fine community like this has a lot to lose. I’m not proclaiming that it’s any more important than the policing of any other city or town in the country, I’m simply relaying that there are many eyes on what’s going on in the LE community here. 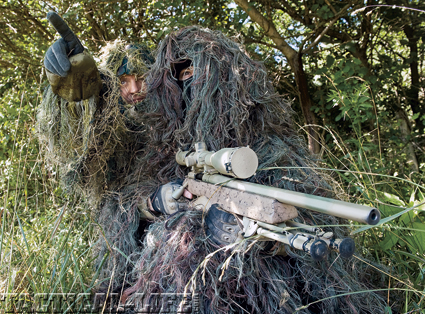 Noblesville snipers are the real deal, deploying tricks and firepower used by military snipers. Here they gather intelligence on a location of interest.