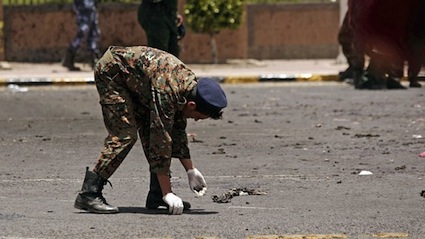 A policeman collects evidence at the site of a suicide bomb attack at a parade square in Sanaa, Yemen, May 21, 2012. (Hani Mohammed/AP Photo)

A suicide bomber dressed in a military uniform set off a blast that killed more than 100 soldiers Monday, authorities said, in what appears to be the deadliest attack ever on troops in Yemen.

It left at least 101 dead and more than 220 injured, with some in critical condition, authorities said.

More than an hour after the attack, there were still bodies at the blood-spattered scene, and some ambulances responding to the blast took six or seven victims apiece, an official said. 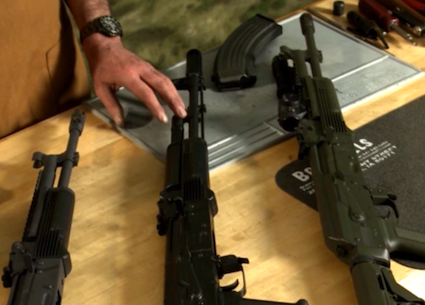 Pro Tip of the Week: Choosing a Kalashnikov

From straightness to the mag well and everything in between, Jim Fuller discusses the...