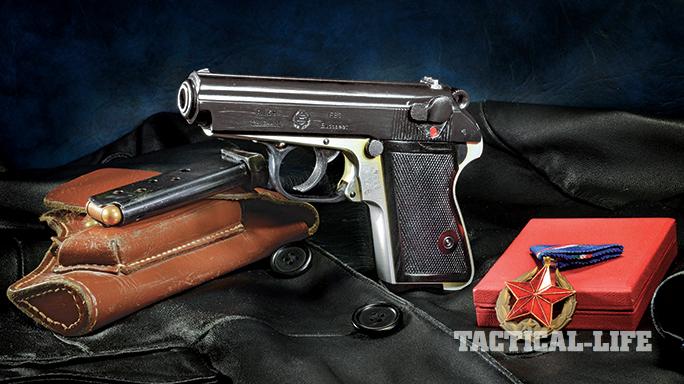 1 of 5
The Hungarian Secret Police’s RK-59 Pistol
The 9x18mm RK-59 is based on the Hungarian PA-63, but scaled down to a more compact size like that of the Walther PPK. It was designed for use by the Hungarian secret police. 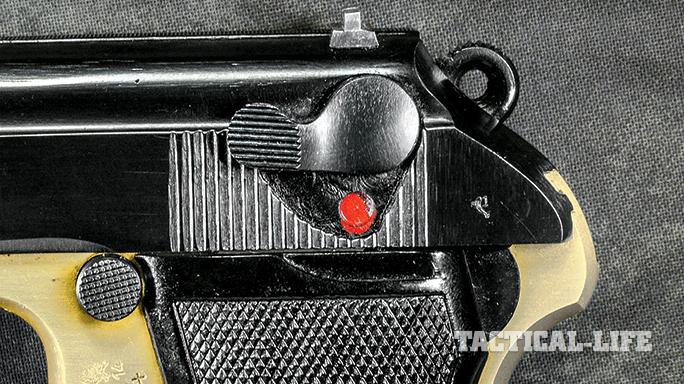 2 of 5
The Hungarian Secret Police’s RK-59 Pistol
A slide-mounted safety sweeps down to engage, concealing a prominent red dot. 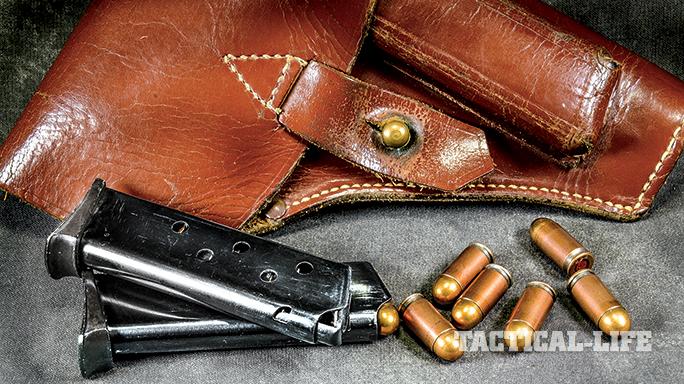 3 of 5
The Hungarian Secret Police’s RK-59 Pistol
The author’s pistol came with two magazines as well as a leather flap holster. 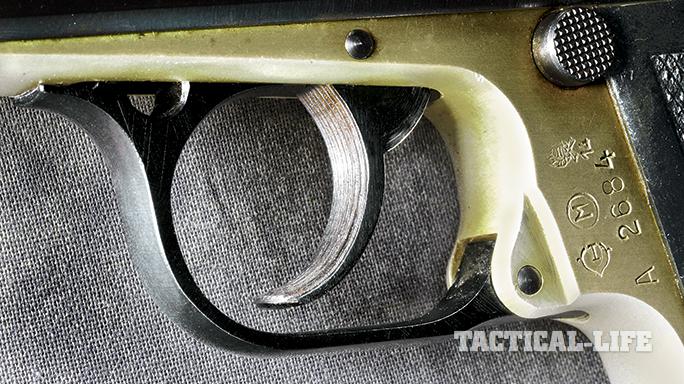 4 of 5
The Hungarian Secret Police’s RK-59 Pistol
The RK-59 employs a double-action/ single-action system of operation. 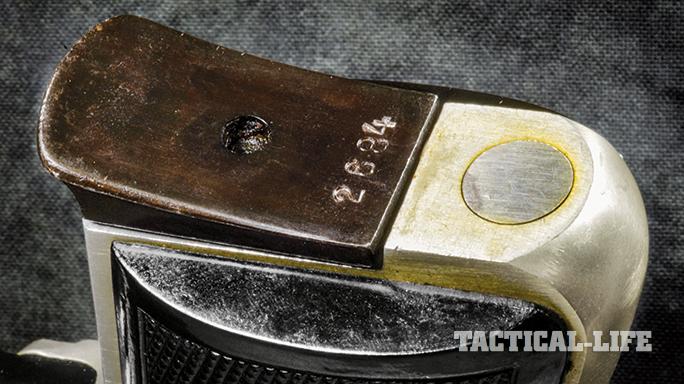 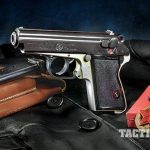 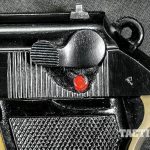 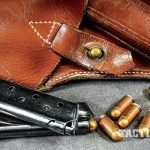 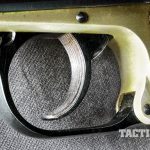 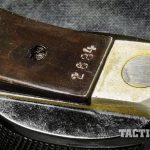 One of my favorite concealment pistols has always been the Walther PPK, and, yes, at least a little of that fondness stems from reading James Bond novels as a youth. Mostly, though, it has always proven to be a reliable pocket pistol. Unfortunately, I have mixed emotions about my favorite PPK. It is a PPK-L (“L” for lightweight), which I carried in a pocket or an ankle holster on close protection jobs where I was limited to a .32 caliber pistol or forced to use it as a backup. That “.32” part was the problem as the PPK-L has an alloy frame and Walther chose not to chamber it for the .380 cartridge.

In addition, I have to admit that I thought a 9x18mm PPK would be quite nice, and I even thought it would be better if it had an alloy frame. It would be light and powerful, and chambered in an easily available round (depending on which side of the Iron Curtain you found yourself). You can imagine my enthusiasm when I discovered that such a pistol existed in the Hungarian RK-59. Before discussing that pistol, however, I need to digress to give some history. To promote standardization of calibers in the old Warsaw Pact, member countries were ordered to use 7.62x39mm rifles and 9x18mm pistols. Some countries adopted their own locally produced Makarov PM pistols in 9x18mm, while others developed domestic designs that chambered the 9x18mm round.

In Hungary, this service pistol was developed by FEGARMY (usually abbreviated FEG). Based on the Walther PP, the PA-63 was designed to meet the needs of both military and police forces. Similar in design and function to the Walther PP, the PA-63 employs a polished alloy frame and a blued steel slide. Magazine capacity is 7 rounds. The combination of the alloy frame and 9x18mm chambering made recoil fairly noticeable.

I’m assuming most reading this are familiar with the 9x18mm round, but I’ll offer a simple comparison: It falls between the .380 ACP (9x17mm) and 9x19mm rounds in stopping power, pressure and recoil. It is designed for blowback pistols and considered to be about the most powerful round that should be practically fired in a blowback design. Ballistic figures normally show a 95-grain bullet at 1,050 fps (feet per second) for 231 foot-pounds of energy. Some hotter rounds were developed for the PMM Makarov. There are also some special 9x18mm rounds developed for penetrating body armor and for air marshals, among others.

OK, with that background, let’s move on to the RK-59. This is a little known pistol, which I understand was developed for the AVH (Államvédelmi Hatóság), the Hungarian secret police. Based on the PA-63, but scaled down to Walther PPK size, it functions and disassembles like a PPK, but it has an alloy frame and a magazine capacity of 6 rounds like a 9x18mm Makarov. To give an idea of the perception of the AVH by Hungarian citizens, the museum located in the former headquarters is known as the “house of terror.” They were bad guys, but they came up with a good idea for a pistol.

When I got a chance to acquire an RK-59 25 years or so ago, I jumped at it. It came with a typical Warsaw Pact-style holster that completely encased the pistol and two magazines. It appeared unfired. Shortly after I got it, I fired about 100 rounds through it to check function and how well regulated the sights were, and I started carrying it as a pocket pistol in a PPK side pocket holster. Only later did I learn that one reason the RK-59 is so rarely seen is that the aluminum frame was prone to rapid wear when pounded by the 9x18mm round. Based on the amount of recoil when I shot it, the frame took a pounding. I’ve probably put a total of 250 rounds or so through mine, but I’ve now retired it to the safe as a collectible. Reportedly, FEG improved the metallurgy by adding 0.1-percent titanium to the aluminum alloy in the R61, which succeeded the RK-59 but is basically the same pistol. I have read, too, that some internal surfaces most subject to wear were also redesigned on the R61. One is on my want list, though I gather most of those imported into the U.S. are in .380, rather than 9x18mm Makarov, which I would greatly prefer.

Compared to the .32 ACP Model 48 (48M) autos used by the Hungarian police prior to the introdution of the PA-63, the PA-63 gave uniformed officers a pistol with substantially more stopping power. Likewise, the RK-59 gave plainclothes investigators and intelligence personnel a pistol that could be concealed readily, yet was powerful (by European police standards of the time). Once the Warsaw Pact dissolved and Hungary joined NATO, the FEG P9RC 9mm double-action (DA), high-capacity pistol became the standard Hungarian military arm. By the way, I should note that the 48M police pistol mentioned above should not be confused with the Model 48 used by the Hungarian Army; this was the Hungarian version of the TT-33 Tokarev.

I’m sitting here with my RK-59 while I write and there are a few features which are worth noting. The two-tone effect of the brushed aluminum frame and black slide makes for an interesting “Panda-like” appearance. The finish of the aluminum portion is flat enough that it is actually non-reflective. The slide bears the Hungarian coat of arms along with “RK-59/Cal.9mm M” and “FEG/Budapest.” Both magazines, which are serial numbered to the pistol, have a finger-rest extension, which is actually too small for resting the fingers. It is still necessary to rest the little finger under the magazine (as you would on the PPK), and it hurts my hand when fired due to the 9×18 Makarov round’s recoil. I would prefer that, as is normal with a PPK pistol, one of the RK-59 magazines had been supplied with just the flat baseplate. This allows the finger to slide under the magazine more comfortably, and it also does not snag when carried in the pocket. I found the RK-59 magazine was especially prone to this when carried in the pocket. On the other hand, the finger rest does offer a good gripping point for removing the spare magazine from its pocket on the holster.

Some years ago, I discussed the RK-59 in an article and mentioned that I thought it could serve a niche for use by certain military personnel. When the handgun is the primary weapon for an officer or a soldier whose duties make carry of a rifle or carbine inconvenient, then a larger pistol firing a military round such as the 9x19mm or .45 ACP round is desirable. However, the standard military handgun cartridge in Hungary at the time was the 9×18 Makarov, so choosing the RK-59, which could fit in a pocket and only held one fewer round than the PA-63, seemed to offer an option for troops not wanting to be so obviously armed.

I’ll admit that I was disappointed when I had to stop using the RK-59 as a pocket pistol due to fears of excessive wear if I shot it; and if I were going to carry it, I would shoot it. The RK-59 today stays in the safe and reminds me of the days when I thought an alloy-framed PPK in 9x18mm Makarov would be the perfect pocket pistol. I still think it’s a good idea, but maybe instead as one that would hold up a little better! 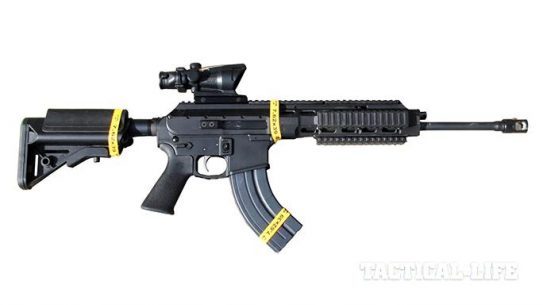