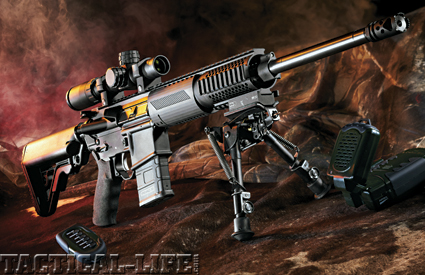 The Wilson Arms barrel has been hand-lapped and cryogenically treated to deliver sub-MOA groups. The ATH also has a .223 Wylde chamber.

The AR platform is the most popular rifle in America right now. Several configurations have evolved to fill many different roles as competition rifles, tactical weapons, and others are used for varmint and game hunting. Service rifle competition AR-15s are configured to resemble the M16A2 adopted by the military in 1986. These rifles have adjustable aperture sights mounted on a carry handle integral with the upper receiver, ventilated plastic handguards, solid buttstocks, 20-inch barrels and standard pistol grips. They were the big sellers in the 1980s through the early 1990s, but now are mostly seen in high-power competitions such as the Camp Perry National Matches. 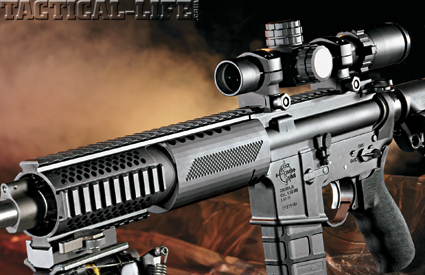 A feature unique to Rock River Arms is the half-rail handguard that is suitable for mounting tactical lights, lasers, foregrips and bipods.

In contrast, the defining features of tactical rifles are 16-inch barrels, collapsible buttstocks, flash suppressors and Mil-Std-1913-style handguards for mounting optics, vertical grips and lights. Varmint ARs are distinctive because of their heavy 20-inch-plus thick barrels. And these rifles sometimes sport fixed buttstocks with an adjustable-height comb, flattop upper receivers for mounting optics and precision triggers. Because varminting is mostly done from fixed firing positions at longer ranges, weight is not an issue, but accuracy and velocity are. Hence, barrels are longer and heavier. Finally, AR-15 rifles most suitable for hunting offer lighter weight for portability, fixed stocks and longer barrels to deliver higher-velocity shots out to longer ranges. 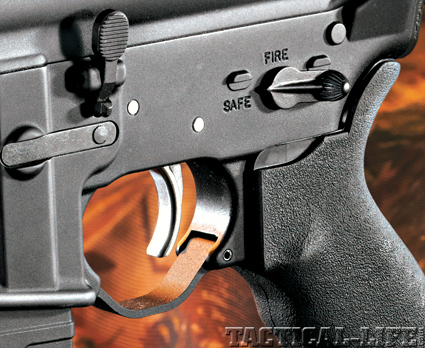 RRA’s target trigger is superb and contributes to the rifle’s accuracy.

As its name implies, the Rock River Arms Advanced Tactical Hunter (ATH) is one of a new breed of crossover rifle. With a factory specification of shooting groups no larger than 0.75 inches at 100 yards, but weighing only 7.7 pounds with an overall length of 36 to 39 inches, the ATH is definitely designed to meet multiple mission types when used by police, or for all-around versatility when used by civilians. 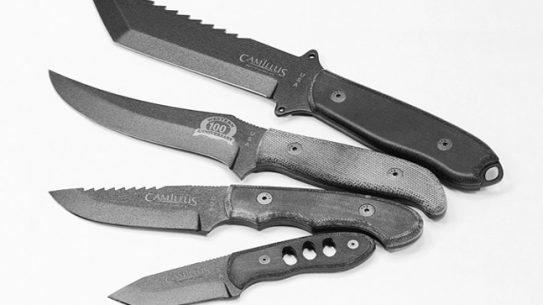 The Wilson Arms barrel has been hand-lapped and cryogenically treated to deliver sub-MOA groups.…