by Rob Sloyer
in Uncategorized
0 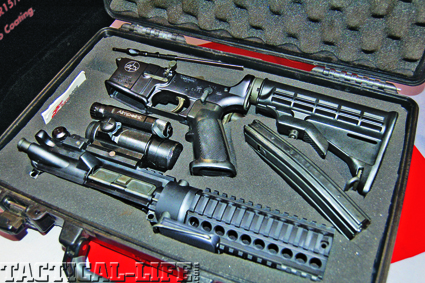 OSPREY DEFENSE
Osprey Defense makes a drop-in piston system for ARs to replace the direct gas impingement components. Their piston system offers a larger face than other designs and will fit standard AR-15, M16 and M4 or heavy barrel rifles. Two new rifles were showcased at the IACP Show. One was the MGI takedown rifle with the OPS piston installed in the rifle that can fit into a briefcase. The other is made by Quality Arms of Idaho and is the only ambidextrous AR-15 modifiable a quick change of the bolt, which is stored in the grip. It will function for either right- or the left-handed shooters and is available exclusively with the OPS piston system. For the OPS piston and takedown rifle visit gaspiston.com or call 877-271-5616. Visit qualityarmsidaho.com or call 208-881-0570 for the ambidextrous AR. 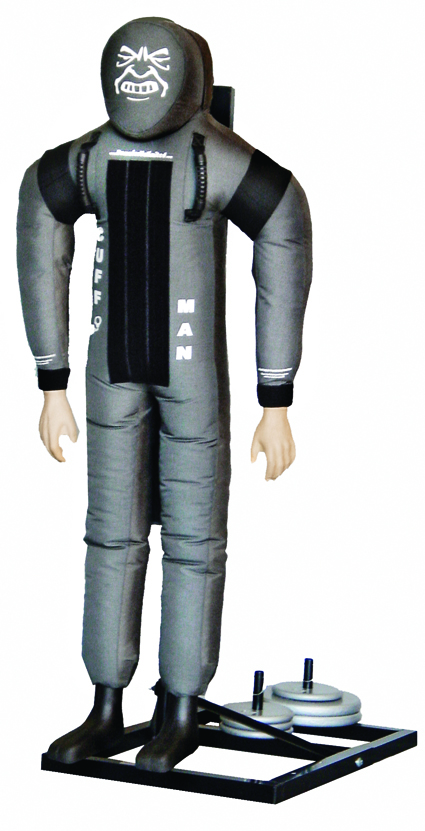 Dummies Unlimited
Dummies Unlimited have been manufacturing the Numb John training dummy for over 51 years and showed a variety of new training options. The Cuff Man is a fully articulated training dummy with life-like joint movement and limitations for use in arrest and control training. The joints of the Cuff Man move in realistic directions with life-like limitations so that trainees can get familiar with how the body moves prior to training on one-another, thereby reducing training injuries.

Dummies Unlimited also showed their paper 3D live fire paper targets and glasses to be worn when utilizing targets. The head and gun of target appears to track the wearer. Other “live-fire” targets include the SWAT Bot, which is a radio-control tracked target system that allows the operator to move the target around the range in paths unpredictable to the shooter. Find out more by visiting dummiesunlimited.com or 866-438-6643.