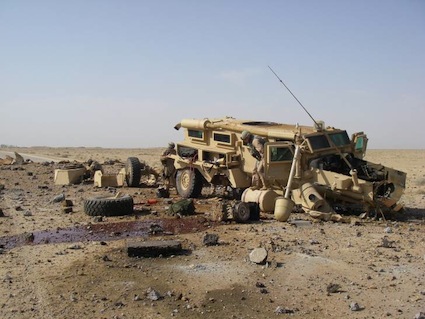 This Cougar was hit in Al Anbar, Iraq by a directed charge IED approximately 300-500 lbs in size. All crew members survived the blast and went out the next day. U.S. Military image

American troops are suffering more extensive physical damage — measured in lost arms and legs — to buried explosives in Afghanistan than ever before, according to data collected by the Army Surgeon General’s office.

This year through May, 60% of all combat amputation casualties in Afghanistan — 31 of 52 cases — were troops who lost two, three or four limbs, according to statistics. The vast majority are caused by makeshift bombs known as improvised explosive devices, or IEDs, the Army says.

In 2009, about one in four combat amputations involved multiple limb-loss. That increased to one in three in 2010 and nearly one in two last year, when there were a record 225 amputation cases in Afghanistan.

Read the rest of Gregg Zoroya’s report at USA Today. 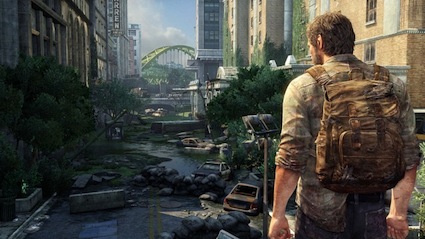 “The Last of Us” — An all-new post-apocalyptic video game for PS3 (video).

This Cougar was hit in Al Anbar, Iraq by a directed charge IED approximately…