In preparation for a White House Meeting on June 17th on immigration reform, a press conference was held on the 11th. There were four main points of this conference. One, local law enforcement should be involved and/or consulted in the debate. Two, local law enforcement should be focused on crime, criminals, and victims not  immigration laws or  immigration status. Three, there were references to community policing and the need to use it as a methodology and the universal belief in border control. And the most controversial, the need for “comprehensive immigration reform.”

This issue has a direct impact on local law enforcement in everyway; it is certainly a valid request. Generally our politicians (and many administrators) are content to make decisions that affect us at the street level with little communication or regard with the actual effects. Having law enforcement involved in the actual debate is a great concept; we will have to wait and see how it plays out.

Law Enforcement’s Focus
The next point garners little disagreement among the local law enforcement community, especially at the street level. Local law enforcement should, and most often is, focused on criminals and their victims. Despite the picture painted by the media, the vast majority of cops do not care what a person’s “ immigration status” is. All they want to do is be able to correctly identify everyone involved.

Most officers protect victims and arrest criminals. Any community that is afraid will not cooperate and we cannot do our jobs without cooperation. Knowing this, officers seldom immediately polarize the situation at a crime by asking, “What is your immigration status?” That makes for great cinema, but like most all television and cinema, it is pure fiction. I cannot imagine any serious debate here, and this is the stance taken by almost every local law enforcement chief executive, administrator and officer out there.

The control of our borders is another issue that is shared by all. How that is accomplished depends on your place in the political spectrum, but most agree there is a need for enhanced border control. That is especially true at the ground level. We see the effects of a porous border and it has a tremendous effect on those border cities as evidenced by the violence they often experience. It is pretty clear that change is needed; it is just a matter of what and how.

Immigration Reform
There are two polarizing sides to “comprehensive immigration reform.” For many that is nothing more than a politically correct term for “amnesty.” For others it means dealing with millions of illegal immigrants in this country today. The methodology is varied and each side has its strong views. It is certainly a point for debate by politicians, political organizations and chief executives. It is also fodder for the break room I am sure.

That being said, I am not certain I agree it is germane to the local law enforcement officer as a whole. It tends to be a topic that is separated by differing agendas. Every special interest group within law enforcement has their own representation now. In my experience the agenda of any one of these groups has not always placed the officer on the street at the fore. It is generally about the organization’s agenda and that may or may not coincide with the cop on the street that is simply the nature of politics. For the most part, officers just want to do their jobs, plain and simple.  Officers simply want to identify who they are dealing with and have some certainty of that identifications validity.

So where do we draw the line? If local law enforcement is going to take the stand that “we should only focus on crimes, and the protection of victims,” then does it matter if those involved are illegal or not? It seems to me you cannot have it both ways. If immigration status is not important for local cops, then we need to focus on helping those we serve. Let’s focus on getting those officers on the street the help they need, so they can protect everyone. And please, let’s do this without the fanfare. 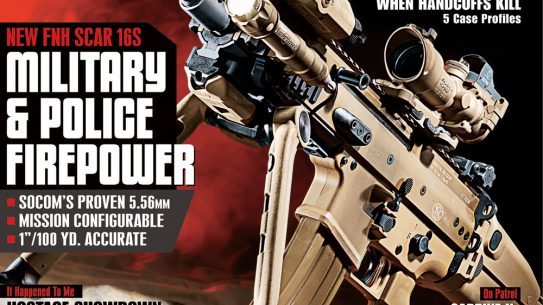 The most hotly debated and talked about issues today in law enforcement is immigration.…