WASHINGTON– Improving the quality and professionalism of Afghanistan’s central government will not be accomplished quickly, and will involve continued discussion between U.S. and Afghan officials, Defense Secretary Robert M. Gates said here today.

“My view on all this is that improvements in governance in Afghanistan will be evolutionary,” said Gates, in response to a Pentagon reporter’s question on the possibility the United States could link the amount of assistance it provides the Afghan government through its performance in rooting out alleged corruption.

“Those who spread corruption should be tried and prosecuted,” Karzai said yesterday during his inauguration in Kabul. Karzai is embarking on his second five-year term as Afghanistan’s chief of state.

However, achieving governmental reform in Afghanistan will take some time, Gates told reporters.

“We are not going to go from a situation where we have a fair amount of dissatisfaction now, to believing that these problems have been solved in two weeks or a month, or on the basis of a single speech,” Gates said.

The United States wants Afghanistan to achieve stability and prosperity, Gates said, but that endeavor would be crippled if the Afghan central government is managed in an unprofessional manner.

“We’re there to help them,” Gates said of the U.S. effort in Afghanistan. “But corruption and a lack of good government … are real impediments to the success of both the Afghan government and our own efforts.”

Another concern, Gates said, involves the type of metrics applied to measure and track improvements in Afghan governance, and “whether that’s applied on a province-by-province level, district-by-district, ministry-by-ministry.”

Nonetheless, reform of Afghanistan’s government, Gates said, will involve “a continuing dialogue between ourselves and the Afghans.”

“Corruption is a very dangerous enemy of the state,” Karzai said, noting his government will soon organize a conference in Kabul “to organize new and effective ways to combat” corruption.

Karzai also expressed his desire that NATO would accelerate the training of new Afghan soldiers and police.

“We hope that the Afghan forces will lead the task of security and stability throughout the country in the coming five years,” Karzai said.

Karzai also noted in his inaugural remarks that Afghanistan’s friendship with the United States “has not been confined to the common war on terror.” The U.S.-Afghan relationship, he said, also “has been based on long-term interests of Afghanistan to achieve stability and prosperity for the people of the country.”

In Kabul yesterday, Secretary of State Hillary Rodham Clinton said Karzai’s inauguration “opens a real window of opportunity for a new compact between the Afghan government and its people, and for a new chapter in the partnership between Afghanistan and the international community.”

Karzai’s inaugural address “laid out Afghanistan’s commitment to take responsibility for the security of its own country by speeding efforts to stand up a capable and effective Afghan national security force that can replace international forces over time,” Clinton said.

Karzai’s speech also established “an agenda for change and reform,” Clinton said, noting the Afghan president “was particularly strong on the steps that he intends to take regarding corruption.”

Clinton said she believes Karzai “has every intention of moving on these reform measures to stand against corruption and to make the government of Afghanistan even more effective.”

And, though the United States and its allies are helping Afghanistan to defeat terrorists, the relationship with Afghanistan “is not exclusively military,” Clinton said.

The United States and its coalition partners also are “committed to a long-term relationship with Afghanistan,” Clinton said, to help its people realize a better future through education and health care opportunities, modern agricultural science, and improving infrastructure that will enhance the growth of Afghanistan’s economy. 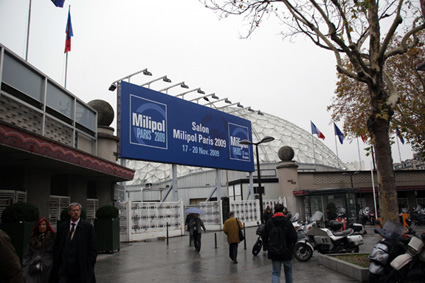