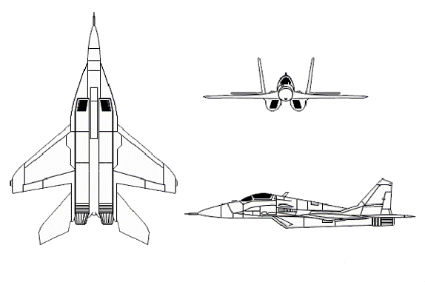 NEW DELHI, January 18 (RIA Novosti) – Russia and India are poised to sign a $1.2 billion contract for another 29 MiG-29K fighter jets for the Indian Navy, an Indian daily reported on Monday.

According to The Times of India, a Russian team is expected in New Delhi later this week to “fine-tune the contract” now that it has received the go-ahead from the Cabinet Committee on Security (CCS), chaired by Prime Minister Manmohan Singh.

Russia and India signed a contract in January 2004 for the delivery of 12 single-seat MiG-29Ks and four two-seat MiG-29KUBs as part of a $1.5 billion deal for the Admiral Gorshkov aircraft carrier, currently being retrofitted in Russia for the Indian navy.

The contract for the jets also stipulates the procurement of equipment for pilot training and aircraft maintenance, including flight simulators and interactive ground and sea-based training systems.