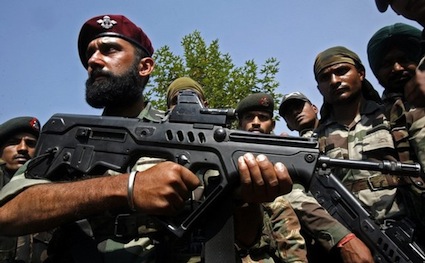 An Indian army officer displays the Tavor-21, an Israeli-made rifle which the army said was effectively used during a week-long gun battle, in an army garrison in Shariefabad on the outskirts of Srinagar October 3, 2008. REUTERS/Fayaz Kabli (INDIAN-ADMINISTERED KASHMIR)

To fill an initial order for 60,000 assault rifles, in the past two weeks the army has completed initial user trials of five guns contending for the contract, including U.S. firms Beretta and Colt, Israel’s IWI, Switzerland’s Sig-Sauer and Czech Republic’s Ceska. Technical evaluations are to commence shortly, The Pioneer newspaper reported.

The winning assault rifle will come equipped with two 5.56mm and 7.62mm caliber interchangeable barrels along with conversion kits, with the 5.56mm option being used in a conventional war fighting role as the barrel will provide longer range, while 7.62mm configuration will be used in counter-terrorism and the counter-insurgency environment, as it will provide troops the capability to fire like AK-56 rifles. 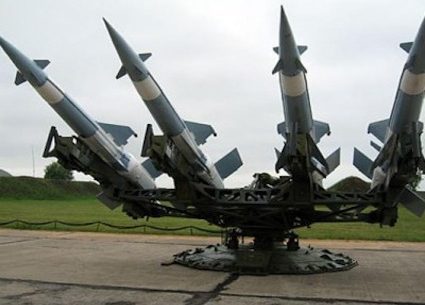 An Indian army officer displays the Tavor-21, an Israeli-made rifle which the army said…