CAMP LEJEUNE, N.C.  — Rifles were stored and pens put to work as 32 Marines and sailors from 1st Battalion, 9th Marine Regiment, 2nd Marine Division, gathered around tables covered with maps in the final days of a ten-day training evolution at the Marine Corps School of Intelligence aboard Camp Lejeune, N.C.,.

Roger Mulnix, a cell leader for the Intelligence Training Program at the school, explained that the Marine Corps initiated small unit intelligence training to give infantry Marines and their Navy brethren the ability to provide intelligence at the lowest tactical level due to vast amounts of land covered by Marines in Afghanistan.

“We are the lowest level of intelligence – platoon-level intel cells,” said Lance Cpl. William Conner, a grenadier with the battalion.

During the fist week of training, Marines were given coordinates to a location in Iraq and told to identify terrain features that could be tactically utilized, as well as what tactical considerations should be made because of weather.

“Terrain analysis is done way before you head over there. Intel can be done here in the U.S. to get ready for where you’re going,” said Lance Cpl. Gordon Williams, a 1st Battalion rifleman.

As a part of their exercise, the Marines were required to asses the weather’s possible effect on a mission.

“The weather affects the Marines’ visibility and morale,” said Conner, a native of Oklahoma City.  “If you have a combat load of 130 pounds, picture that soaking wet.  It just turned 130 pounds into 160 pounds.”

Week two of training submerged Marines into preparing briefs and learning to use computer programs that provide massive amounts of information on current operations.

“The company level is gathering information from their Marines going out on patrols,” said Dan Pultz, an Intelligence System instructor for the school.  “Then they’re taking that information and putting it into the system.”

Pultz, a retired gunnery sergeant added, “Using this program, Marines can plug in a date or an area and find out event records like kidnappings and improvised explosive attacks.”

Knowledge of activity in areas of operations help form reports on the enemy’s most likely course of action, explained Williams, one of the Marine group leaders during the training.

“If Marines have a pre-plotted route, we can pull up the history of that area,” Williams said.  “We can find out how many times people have been attacked by improvised explosive devices, direct fire, or rocket-propelled grenades. Then from that intel we gather, we can tell them if it’s a good route and if not, provide another.”

Although their primary military occupational specialty is not intelligence, the Marines said they feel confident in their training.

“We got a crash course of what Marines with the intelligence [military occupational specialty] learn,” added Williams.  “We learned a good amount of information in two weeks.”

Better prepared to provide small unit intelligence during upcoming operations, the Marines of 1/9 left the schoolhouse better warfighters than they arrived. 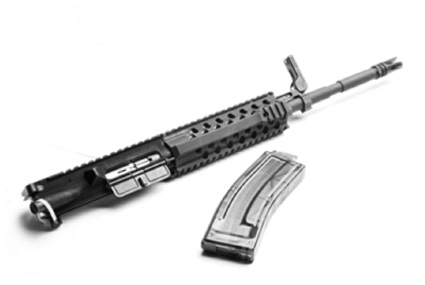