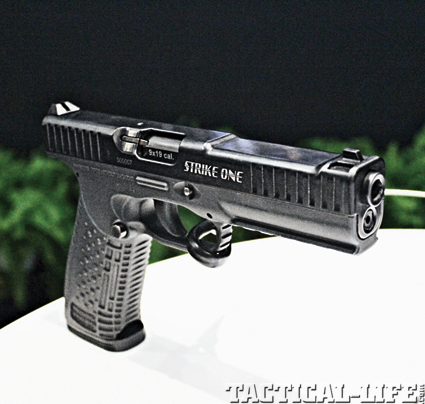 Arsenal Firearms Strike
One of the most distinctive exhibits at IWA 2012 was that of Arsenal Firearms Limited, a brand new international company that actually had its public debut at the show. They displayed some extremely unique pistols that attracted a lot of attention. “Strike pistol system is unlike conventional semi-autopistols in which the barrel tilts to unlock the action during recoil.” 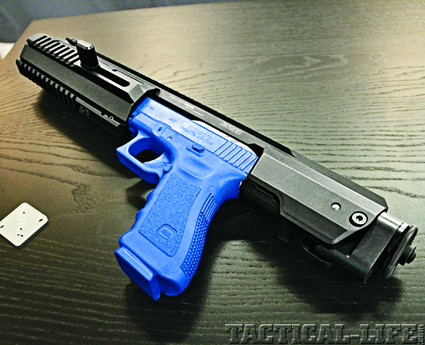 HERA (High Grade European Research for Small Arms) Arms is a German company that produces a wide range of high-quality pistol carbine conversions. Their latest model, the Triarii, was developed to meet the specific tactical needs of a French law enforcement agency. Named after the elite “Third Force” of the Roman Legions, the Triarii is precision-machined from aircraft-quality aluminum and features integrated top, side, and bottom Picatinny rails that support attachment of all types of accessories. Its unique design allows a pistol to be installed and ready for firing in approximately four seconds. A charging handle interfaces with the front of the gun’s slide to allow efficient charging and clearing without taking the weapon off your shoulder and is backed up by an open design that allows direct access to the slide.

The increased focus on tactical products was also evident through the organization of the inaugural “Enforce Tac” exhibition. An outgrowth of the Official Agencies Day and European Police Trainers Conference traditionally held the day before the IWA show, Enforce Tac was conducted as a separate event on March 8 and 9. Open only to credentialed law enforcement, military, and security professionals, this show attracted 62 focused exhibitors who presented their products to 1,400 attendees.

Like other industry shows, IWA is a showcase for all facets of the firearms, outdoor and tactical industries. It is also a reflection of the differences between the U.S. and European gun industries and the legalities that govern gun ownership in both regions. Generally speaking, firearms ownership is much more restricted in Europe than in the U.S. While this normally restricts the availability of many classes of firearms to civilian shooters, it has also prompted the development of other categories of guns and accessories that are easily available in Europe yet strictly controlled in the U.S.

Luvo Prague Assault Rifles
Have you ever wanted an AR-15 chambered in 7.62x25mm Tokarev or 7.5x55mm Swiss? If so, or if you want a high quality AR-style rifle in a wide range of other calibers, Luvo Prague is the company for you. Luvo manufactures a wide range of black rifles in an amazing array of calibers. All guns are carefully machined to U.S. mil-spec tolerances, so they are compatible with standard aftermarket and replacement parts. Luvo also manufactures its own matching magazines, especially for more esoteric calibers. You can learn more about their products at luvo.cz, but they typically are not available in the U.S. 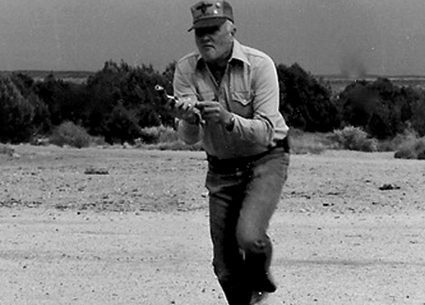