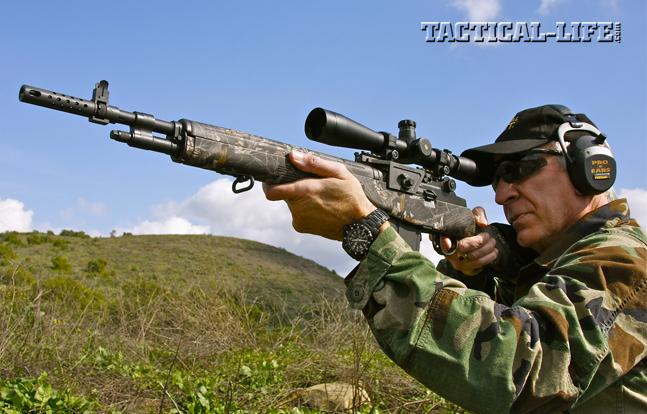 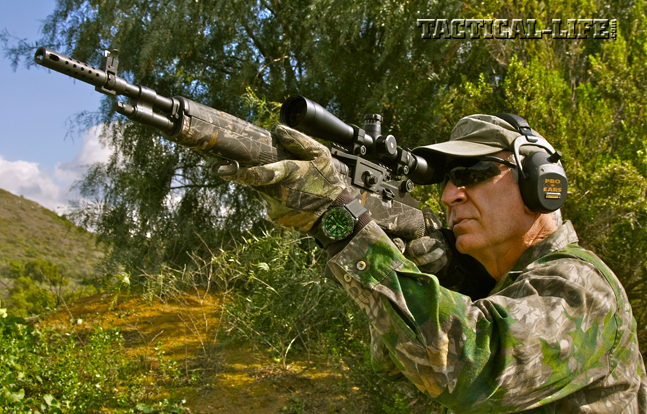 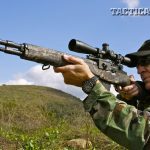 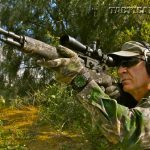 A generation of soap opera fans know him as Dr. Rick Webber on General Hospital. The readers of this magazine may recognize him as the SWAT commander in RoboCop, the snooty hotel manager in Beverly Hills Cop and the rebel lieutenant in the original Total Recall. What most people don’t know is that Michael Gregory is the voiceover artist behind countless cartoon and commercial characters, from shows like Cowboy Bebop and video games like Call of Duty: Black Ops II and Star Wars: The Old Republic. He’s also a veteran who is tireless in his work with the Stars and Stripes Foundation, The Army Advisory Board and Veterans for America.

MY FIRST FIREARM: A Walther PPK/S and a Smith & Wesson Model 10 revolver (was all I could afford) and when I did security for Dean Martin, he gave me the Ithaca Riot Gun that I love as a basic self-defense weapon.

IF I COULD ONLY HAVE ONE SIDEARM, RIFLE, SHOTGUN: I have always been a fan of the S&W Model 66 .357 revolver—Jeff Cooper said I was flying with Wright Brothers technology. However, having shot with Taran Butler over the last couple of years, I would pick one each of his RTG (Ready to Go) custom Glocks, his TR-1 Ultimate AR, which kicks like a .22, and of course, my Ithaca shotgun.

ON GUN OWNERSHIP: Owning a gun gives me a sense of responsibility for my loved ones and myself. It also lets me know that as I get older I still have the ability to defend myself and innocents from the predators in our midst.

THE PARTS I PLAY: Well, I wish that I always had the choice of what roles to play. My voice and physicality has pretty much lent itself to law enforcement or military types as well as the “bad guy” roles. My background in security and my relationships with the LE and military communities have also helped draw me to those roles and have drawn the roles to me.

IMPORTANCE OF GUN EDUCATION:
My belief is that gun education should be part of our general educational system starting at an early age. Safety first—even for those who don’t ever want to shoot. For those who have an interest in the shooting sports: complete education in handguns, rifles and shotguns. The education should include the history and reasons for the Second Amendment, and the part that guns have played and continue to play in keeping Americans free. And, of course, target, hunting and defensive tactics. To me, education is the key!

RANGE TIME: I actually haven’t had the opportunity to shoot very much over the last year or so. When I do get to shoot, it’s more about practical pistol shooting because of my belief that there are things much more dangerous than targets! Taran Butler has helped me refine that.

ACTING/SHOOTING PARALLELS: Focus would be the parallel. The narrowing down to what is happening right now while being so in the moment that if something changes, I can respond to it.

RANGE FUN: Personally shooting machine guns at the Chino Range and a .50 caliber at one of the TREXPO demos. But without a doubt, the most fun watching was the Mad Minute of machine guns and exploding gasoline targets at the old Soldier of Fortune Convention range day (thank you, Peter Kokalis).

LIFE-CHANGING MOMENTS: I have been practicing hypnosis since I was 16 years old, and I realize the potential power of the mind. There were two moments for me. One was a course called Mind Probe, which made me aware that there was more in life than I ever imagined, and the second was the Firewalk with Tony Robbins, which coagulated much of my prior knowledge by making me aware of how important “specificity” is in all aspects of life.

ON BEING A SHOOTER AND A CELEB:
I have a responsibility to share my firm belief in the importance of the Second Amendment and work to educate young people in the importance of shooting and, also, to speak with those who have a fear of or a lack of understanding about guns and about shooting to allay their fears and possibly bring them to the sports.

MILITARY PEDIGREE: The military gave me a sense of discipline, which was sorely lacking in my lifestyle. That has added much to life. As you know, I am a big supporter of all branches of the military. “Universal service” is something that I strongly believe in, but not necessarily the military. Everyone is not suited for military service, but I feel that serving our country in some capacity for two years would be advantageous to the individual and the country as a whole. Whether it’s in the forest service, in a hospital, working with the disabled or aiding senior citizens—whatever the country needs. It would get a young person out of the comfort zone of their neighborhood and make them aware of life, lifestyles and problems in other parts of the country. It could open up the possibilities to careers that hadn’t been considered and give direction to high school graduates who might not know “what’s next.” 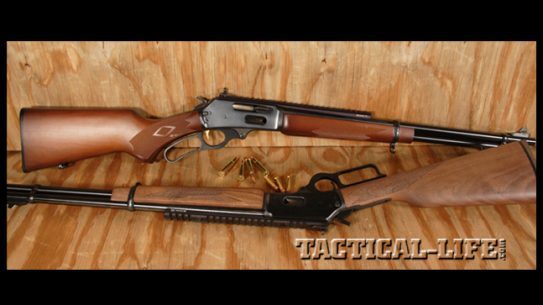