WASHINGTON, July 21, 2009 – Several weeks after American forces in Baghdad handed over security leadership to their Iraqi counterparts, friction is giving way to a smoother transition of power, a top U.S. commander in the Iraqi capital said.

“Despite those initial frustrations, it seems to be going well,” he told reporters at the Pentagon, adding: “I think each day that goes by we get a little bit better at working together.”

A bilateral deal between Washington and Baghdad governing the status of U.S. forces in Iraq called for American troops to withdrawal from Iraqi cities and villages ahead of this month as Iraqi forces assumed authority in these areas. But the legislation also allows for Americans to provide assistance in some situations to Iraqi forces in cities.

While most U.S. facilities have moved outside cities — drawing down from hundreds of large and small bases around Baghdad at the height of the troop surge in 2007 to a number in the low tens — a residual American force of 1,500 – 3,000 remain in cities, Bolger said.

Some have described instances where the implementation of the so-called Status of Forces Agreement has led to confusion on the ground.

“There have certainly been some scenes where an American or an Iraqi commander have to come out of their vehicles and walk up and figure out what’s going on,” Bolger said, adding that physical confrontations between American and Iraqi counterparts has not occurred.

“What we’ve got is folks on the ground trying to make sense of it as they carry out their tasks,” he added.

During a briefing at the Pentagon yesterday, Defense Secretary Robert M. Gates said he received an optimistic assessment from Army Gen. Raymond T. Odierno, the top American commander in Iraq.

“He said that the level of cooperation and collaboration with the Iraqi security forces is going much better than is being portrayed publicly and in the media,” Gates said. He added, “It is perhaps a measure of our success in Iraq that politics have come to the country.”

Appearing alongside Gates was Navy Adm. Mike Mullen, chairman of the Joint Chiefs of Staff, who said he’s encouraged by the progress American and Iraqi partners have made.

“There clearly are challenges, but I think the leadership is working its way through each one of those challenges,” Mullen said. “So I’m encouraged.” 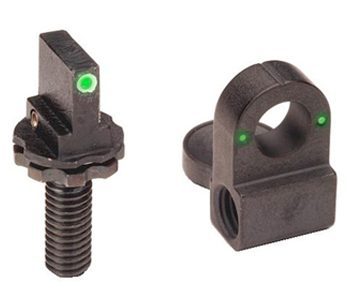