0
SHARES
2
VIEWS
Share on FacebookShare on Twitter
The Desert Reconnaissance Battalion of the IDF spends time on the firing range with the Negev LMG in
open areas around Gaza in order to maintain their skills and warrior mindset. IDF

There are many military firearms that have achieved legendary status. In the field of tactical weaponry, if someone mentions Israel, the legendary Uzi submachine gun immediately comes to mind. In many ways, the UZI is responsible for the birth of Israel’s most well known firearms manufacturer, Israel Military Industries. In 1948, the newly independent nation of Israel needed a domestic firearms manufacturing capability to ensure its very survival. At that time, the most common submachine guns in service were Sten guns left over from British forces that had previously occupied the region. Out of necessity, an underground group of freedom fighters called the Lehi began producing a copy of the Sten locally in a makeshift workshop. After independence, local manufacturing of the Sten ceased as the Lehi were absorbed into the Israel Defense Forces. 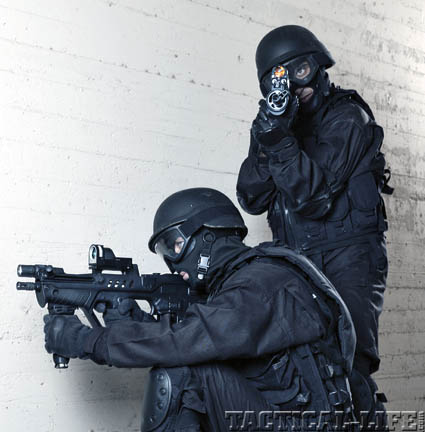 The search began for a modern, domestic design to replace the Sten. Eventually, a design by weapon engineer Uzial Gal was chosen. In 1952, Uzial Gal patented the design, which took on his name, but all Uzi manufacturing rights were given to the Israeli Ministry of Defense. In 1954, series production began at the government-owned Israel Military Industries. With over two million produced and in service with hundreds of military and police forces around the world, the rest, as they say, is history. 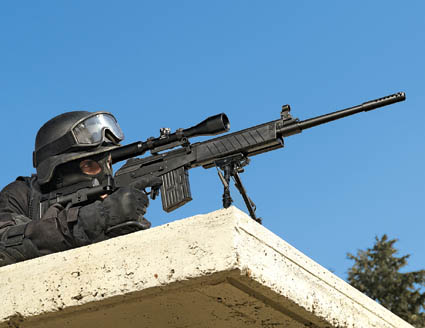 But the story doesn’t end there. Many other innovative firearms have been produced by Israel Military Industries over the years. In 2005, the Israeli government privatized most of the state-owned divisions of Israel Military Industries. A private defense company, SK Group, purchased the firearms division and present-day Israel Weapon Industries (IWI) was born. Now IWI offers a full range of firearm products to the global market place. 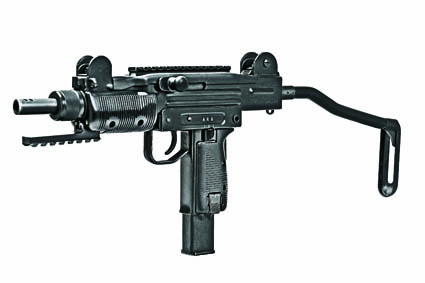 A smaller version of the original, the Mini Uzi is lighter, fires from a closed bolt, and has a higher rate of fire. The cocking handle is on the left side to allow for a top accessory rail.