On a dusty, wind-swept field overlooking the Mediterranean, a small team of researchers is putting the final touches on what Israel says is a major game changer in tank defense: a miniature anti-missile system that detects incoming projectiles and shoots them down before they reach the armored vehicles.

If successful, the “Trophy” system could radically alter the balance of power if the country goes to war again against Hezbollah guerrillas in neighboring Lebanon or Hamas militants in the Gaza Strip. Its performance could also have much wider implications as American troops and their Western allies battle insurgents in Iraq and Afghanistan.

“I think people will be watching the Israelis roll this thing out and see if they can get the hang of it,” said John Pike, director of the military information Web site GlobalSecurity.org in Alexandria, Virginia. “The future of the United States army is riding on the proposition that something like this can work.”

The Trophy is believed to be the first of a series of so-called “active defense” systems to become operational. Such systems aim to neutralize threats before they strike the tank. In the past, tanks have relied on increasingly thick layers of armor or “reactive” technology that weakens an incoming rocket upon impact by setting off a small explosion.

Israeli weapons maker Rafael, the developer of the Trophy, says the system has been in the works for years, but the bitter experience of Israel’s 2006 war against Hezbollah guerrillas in Lebanon gave the project an extra push.

Developers say the Trophy can stop any anti-tank rocket in the formidable Hezbollah arsenal, which struck dozens of Israeli tanks and killed at least 19 Israeli tank crewmen during their monthlong war.

“We can cope with any threat in our neighborhood, and more,” said Gil, the Trophy’s program manager at Rafael. Citing security considerations, the company would not permit publication of his last name.

Israeli analyst Yiftah Shapir said it is premature to tell whether the Trophy can make a major difference, however. He said the army must cope with the high costs of the system and determine exactly how it will be used.

“When everyone knows that it works properly, it will change the battlefield,” he said.

Israeli media have said the cost is about $200,000 per tank. Rafael refused to divulge the price of the system, saying only that it’s a “small fraction” of the cost of a tank. 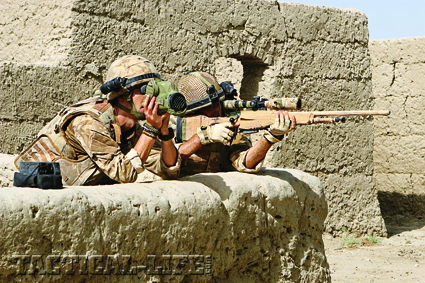 On a dusty, wind-swept field overlooking the Mediterranean, a small team of researchers is…