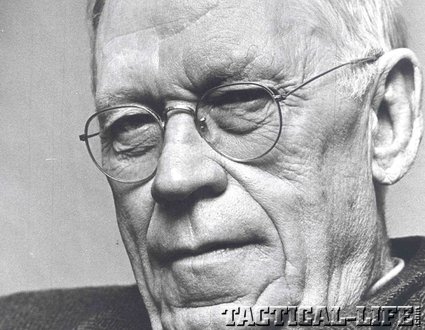 You may remember, as I do, the Outdoor Life shooting columns written by Jack O’Connor. He had an easy way with language but spiked his work with clever twists of phrase that writers know take real effort. He wrote of rifles and sheep country and the people of the desert Southwest where he grew up. The country changed a great deal during his youth. In mid-century, as it pulled younger and older men to the great theaters of war, he earned his credentials in the shooting press. 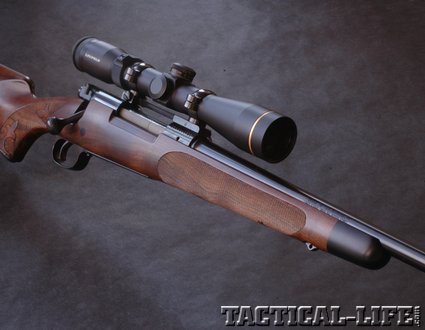 The Model 70 Jack O’Connor Tribute Rifle. A Featherweight with classic lines and a Biesen-style checkering

Al Biesen spoke of Jack O’Connor often during my afternoon visits to his shop, and between match relays at the Spokane Rifle Club. He credited Jack with giving him a start. “I suggested building him a rifle soon after he started writing in 1937. He sent me a Titus barrel and a Springfield action. I put them together and stocked the rifle. He didn’t like it, so I made him a .30-06 on Mauser metal. He paid for that job. He’s made me the most famous riflemaker in the world.” Quite a claim. But I read about Al Biesen more often than I read of his equally talented contemporaries. Al recalled that Jack first mentioned a Biesen rifle in a 1948 magazine article. “O’Connor introduced me to Prince Abdorezza Pahlavi of Iran. The prince ordered two rifles from me because he couldn’t hit with his .375. After he left the throne, he bought five more.”

My friend Buck Buckner, a rifle enthusiast of the first order, had a great deal to do with building a lasting memorial to Jack. The Jack O’Connor Hunting Heritage and Education Center opened June 3, 2006, on the Snake River just south of Lewiston, Idaho. Jack moved to Lewiston in 1948 after leaving his beloved Arizona. He lived there until his passing in 1978. “He was an entertaining writer,” says Buck, “a capable marksman and hunter. His taste in rifles influenced a generation of hunters and even affected stock design on commercial rifles. He loved the .270 and 7×57 cartridges, also the .375. His wife Eleanor often joined him afield. Jack was impassioned by firearms and big-game hunting. That came through in his books and articles.” 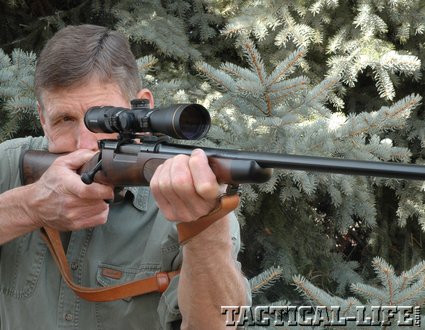 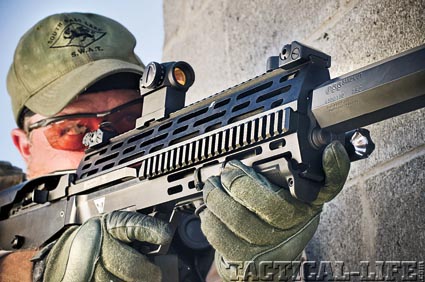 You may remember, as I do, the Outdoor Life shooting columns written by Jack…