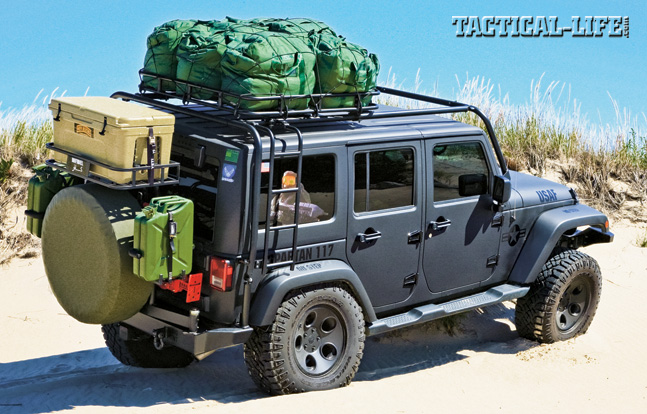 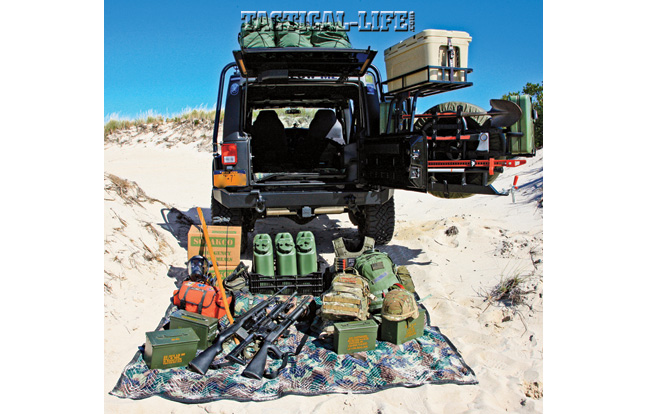 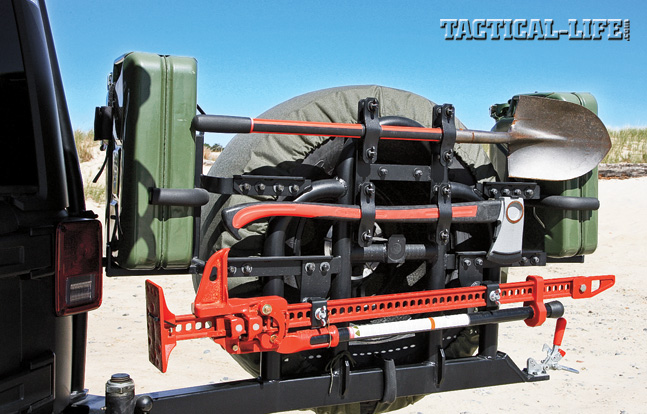 3 of 10
Jeep Wrangler 4×4 JK Sahara
Some must-have equipment: a spare tire, a well-made jack to change flat tires, extra fuel cans, a shovel, and an ax. 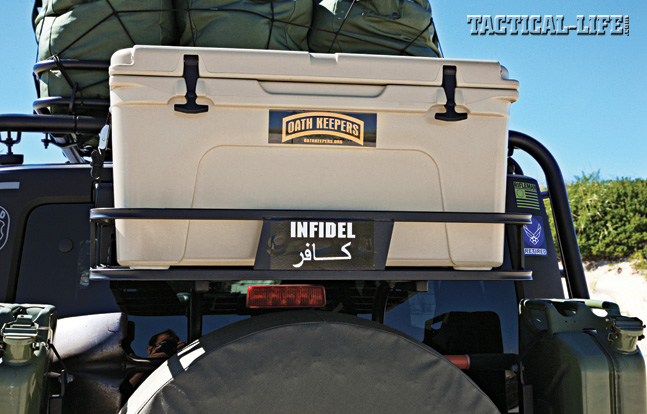 4 of 10
Jeep Wrangler 4×4 JK Sahara
A cooler to keep water cold and perishable food fresher for a longer period of time. 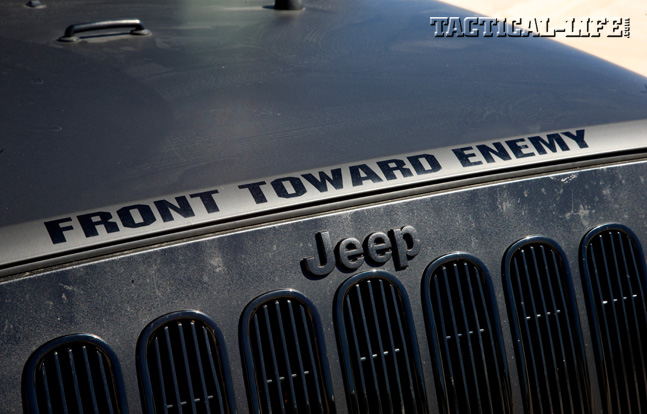 5 of 10
Jeep Wrangler 4×4 JK Sahara
SignMeUp Signs & Advertising Solutions is a full-service sign and advertising center based out of Long Island, NY. The company offers car wraps like the matte black, non-reflective one featured here. SignMeUp Signs will transform your fleet or vehicle into a rolling billboard for your product or business— or make it go under the radar. For more information, visit signmeupadvertising.com or call 631-226-3838. 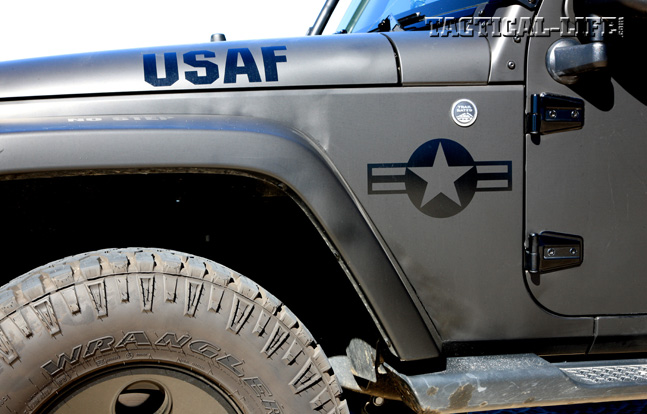 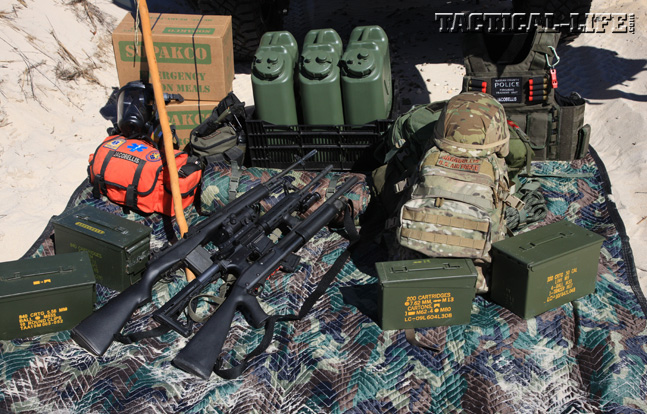 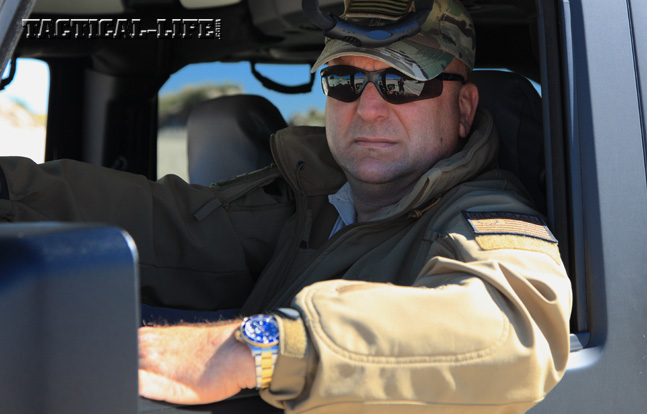 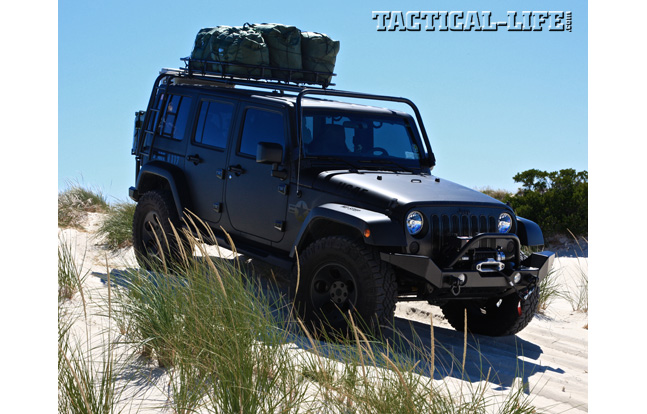 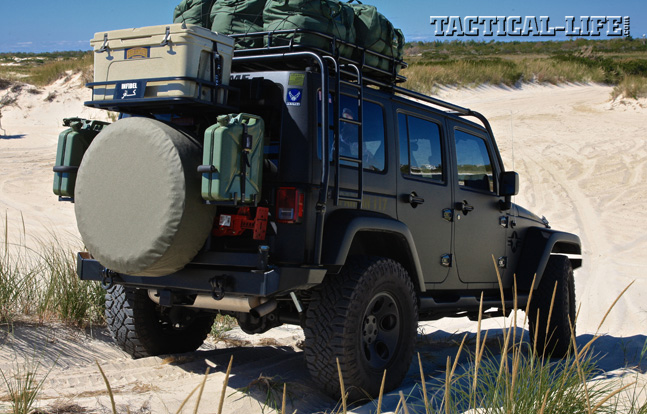 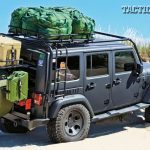 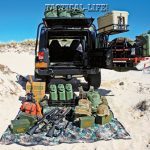 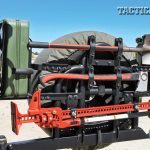 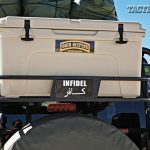 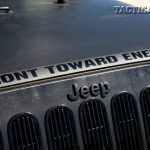 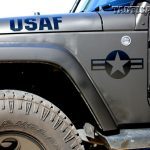 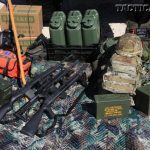 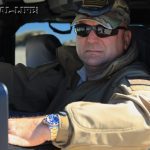 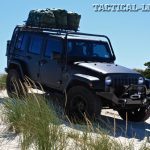 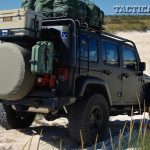 A “tactical ride” is a rugged and reliable, specially equipped vehicle that is designed to be used by law enforcement officers, military personnel, security contractors and private citizens to operate on paved roads as well as in off-road and adverse conditions. As a result, at the very least, a tactical ride should be equipped with a four-wheel-drive or an all-wheel-drive transmission, suitable tires and good ground clearance.

Some tactical rides are also equipped with special features and equipment, including run-flat tires, bullet-resistant glass and some level of body armor. In some cases, a tactical ride will be equipped with a gasoline engine, an air-cooled engine or a diesel engine. A tactical ride should also be capable of operating as a daily commuter, as a hardcore patrol vehicle, as a rugged, special-purpose vehicle and as a recreational vehicle. How you equip a tactical ride is up to you, and should include features that meet your individual needs as well as your operational requirements.

Long before it became fashionable to own an expensive sports utility vehicle, an all-wheel-drive vehicle, a crossover vehicle or a 4×4 pickup truck, there was a hardcore group of off-road driving enthusiasts who operated 4×4 Jeep Wranglers, Jeep Cherokees, Toyota Land Cruisers, dune buggies and other modified vehicles for on- and off-road conditions. Military and law enforcement organizations have also relied heavily on specially equipped tactical vehicles for patrolling and operating under adverse conditions in urban and remote areas.

As a native New Yorker who always drove two-wheel-drive vehicles, including police cars and U.S. Customs vehicles, I never got stuck or stranded while negotiating numerous flooded streets, snowstorms, hurricane-damaged areas and country roads. My opinion of tactical rides changed the first time I drove a U.S. Customs Service-issued 4×4 Jeep Cherokee and was forced off-road to avoid a motor vehicle accident on a South Florida highway. No one was more impressed than I was when I was able to instantly extract myself from being stuck in a field that was filled with a powder-like sand once I engaged the four-wheel-drive system.

Several years later I found myself stuck in another sand-filled parking lot on a military base while driving a Jeep Wrangler that was overloaded with my two young sons and three other off-duty law enforcement officers, including my brother Chris and my cousin Tommy, after observing the reenactment of the D-Day Invasion of Normandy in Virginia Beach. While this makeshift parking area was filled with trapped vehicles, my 4×4 Jeep Wrangler instantly scampered out of the sand-filled field once I engaged the four-wheel-drive system. I also learned a great deal about the need to operate privately owned and government-issued tactical rides while driving through blizzards in higher elevations, through muddy fields and in other off-road conditions, including along the U.S.-Mexico border.

I recently received several photographs of a Jeep Wrangler that has been turned into a tactical ride by my cousin Tommy. Tommy Jacobellis is a police officer with 30 years of experience who retired from the U.S. Air Force and Reserves as a member of the Security Police/Security Forces after serving in the Global War on Terror. My cousin is like many Americans who survived devastating hurricanes that destroyed his home on two occasions. Between his military, police and personal experiences, my cousin understands the need to be able to evacuate and survive in difficult times.

After Tommy purchased a 2012 four-door, four-wheel-drive, Jeep Wrangler JK Sahara with a 3.6-liter Pentastar V6 engine, he decided to equip his vehicle with certain optional features that turned his factory Jeep into a true tactical ride. These optional features include a Garvin G2 front bumper with a Warn VR 10,000-pound-capacity winch with a synthetic cable, a Garvin G2 rear bumper with a swing-away spare tire/tool and gas can carrier, a Garvin Wilderness trail rack, a 65-quart (27pounds empty) Yeti Tundra cooler, a Garvin Adventure roof rack with a cargo basket and ladder that is designed to enable you to remove the roof panels from a hardtop Jeep Wrangler, a 2-inch American Expedition Vehicles (AEV) suspension lift kit and a set of 35-inch Goodyear Wrangler Duratrack tires mounted on AEV Savegre matte black steel wheels.

The original metallic black paint on this Wrangler was covered with a flat black wrap (with decals by Sign Me Up Signs & Advertising Solutions) that adds a subdued tactical look to this vehicle. In addition, Quadratec also provided the recovery jack, trailer hitch, floor mats, grab handles and the security draws that were installed under the seats. The German military-style “jerry” gas cans came from an army-surplus website, while the Jeep’s red-handled shovel and ax came from Lowes.

It should also be noted that all of the aforementioned optional accessories have a purpose and further enhance the capabilities of the original vehicle platform. For example, while the extra fuel cans can be used to extend the operating range of this particular tactical ride, the Garvin roof rack enables my cousin to transport 300 pounds of additional supplies in a vehicle that has a more limited amount of internal cargo space. The Yeti cooler is another critical piece of equipment that can extend your ability to refrigerate perishable food, bottled water and certain medication. At a cost of $8,000 dollars, plus the purchase price of the vehicle, this particular tactical ride is still a work in progress.

While discussing the concept of build­­­­ing a tactical ride with my cousin, we agreed that vehicles that are used for tactical, recreational and survival applications should carry the right complement of supplies and equipment that support the mission and purpose of the vehicle. This includes carrying a second spare tire mounted on a rim, a supply of bottled water, food rations, a fire extinguisher, jumper cables, spare clothing for different weather conditions, cans of tire-inflating chemicals, sand mats, survival blankets, a tool kit, flashlights, spare batteries, maps, a cell phone, portable radios, camping equipment when required, as well as firearms and ammunition when authorized by law. In order to expand the cargo capacity of the compact Jeep Wrangler, the rear seat can also be removed.

I also recommend that you install an AEV Snorkel Kit With Ram Air on any tactical ride.

Whenever you build or modify a suitable vehicle to serve as a tactical ride, you will have to come to terms with the concept that life is all about tradeoffs. Tactical rides tend to be less fuel efficient than other vehicles, but they have other capabilities that can enable you to effectively operate under adverse conditions. 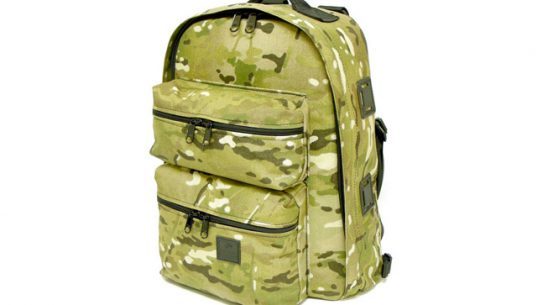 The Wombat Stealth Pack is designed for optimum stealth while hunting game at short...