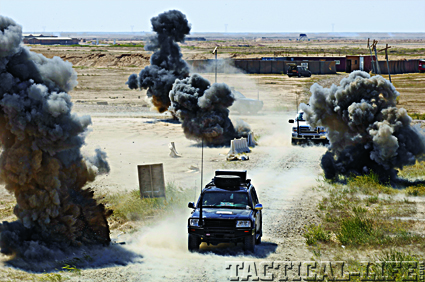 While the lethal danger remains equally extreme, the ongoing shift of U.S. combat forces from Iraq to Afghanistan is accompanied by a new set of challenges and characteristics surrounding the threat from improvised explosive devices (IED).

“The most immediate challenge in Afghanistan is that the volume of IEDs is rising significantly,” says Lieutenant General Michael Oates, Director of the Department of Defense Joint IED Defeat Organization (JIEDDO). Providing a JIEDDO activity update during the February 2010 Association of the U.S. Army Winter Symposium and Exhibition, Oates noted, “So part of the challenge is making sure our soldiers and commanders are aware and have sense of urgency about this increasing threat. 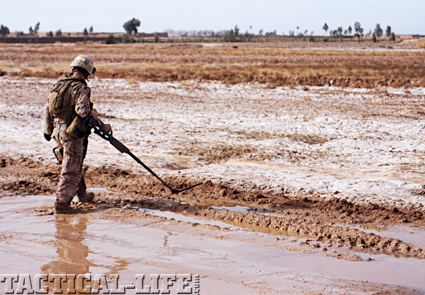 U.S. Marine Corps Cpl. Matthew Harman, an engineer assigned to 1st Battalion, 3rd Marine Regiment, Regimental Combat Team 7, 2nd Marine Expeditionary Brigade-Afghanistan, uses a metal detector to sweep a road for possible improvised explosive devices at Nawa District in the province of Helmand, Afghanistan, Jan. 12, 2010. The 2nd Marine Expeditionary Brigade is deployed to Afghanistan in support of Enduring Freedom. (U.S. Marine Corps photo by Cpl. Andres Escatel/Released). In addition, pressure plate detonators are described as “victim-operated,” as they can be set off by pressure applied from a footstep or a passing vehicle.

“Primarily there’s not a problem getting their attention in theater,” he added. “It’s making sure, prior to their deployment, that they understand how real the threat is in Afghanistan. That’s very different than it has been in the past, where if you were going into Iraq you had a full appreciation that you were going to face a lot of IEDs. But in the past, going to Afghanistan, you didn’t really concern yourself as much with the IED threat, because it was not as significant as it has become in the last year to 18 months.”

Afghan Challenges
“The actual threat ‘in country’ [Afghanistan] is also different than it was in Iraq,” he explained. “And it is principally made up of homemade explosives, fertilizer-based, whether it is potassium chlorate or ammonium nitrate. It is not sophisticated but it is still very effective.

“You’ve got a fertilizer-based explosive with very rudimentary, ‘non technically sophisticated’ detonation capability,” Oates continued. “Our soldiers will step on pressure plates or vehicles will drive over pressure plates that are largely wooden in construction, with very little metallic content, and detonate a fertilizer bomb that’s buried in the ground in a plastic container. That is a different problem set than we have seen in Iraq, where most of the IEDs were military-grade explosives or projectiles with a range of sophisticated detonation capability—from remote control to sophisticated telemetry devices. [By contrast], these are very rudimentary in Afghanistan but they are very effective.” 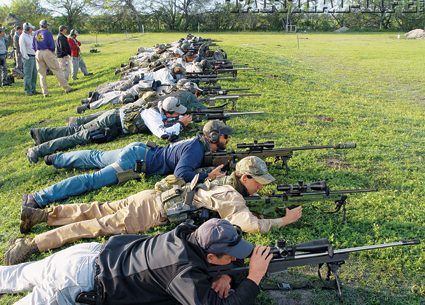