"If you want a high-quality weapon loaded with practical, useful upgrades, make sure you check out Joe Firearms and its AJAK series rifles."

As a pragmatist, I suffer none of the consternation collectors and purists do when altering firearms. I think of guns as tools, and some are more useful than others. My first step is often altering my firearms to make them work better for my needs. I’ll customize pistols, rifles, shotguns and even precision rifles. The only real “cool” things I’ll add are usually cosmetic, like custom camouflage patterns. Other enhancements, including replacement safeties, triggers, sights and handguards, all are geared towards hard use.

Given the amount of market support, it’s easy to customize an AR-15. Precision rifles are getting better in this regard, too, and the AK platform is catching up. As demand increases, more and more companies have expanded their produce lineups to keep improving the AK. One of the early innovators in this niche is my friend and colleague Steve Palano of Joe Firearms. 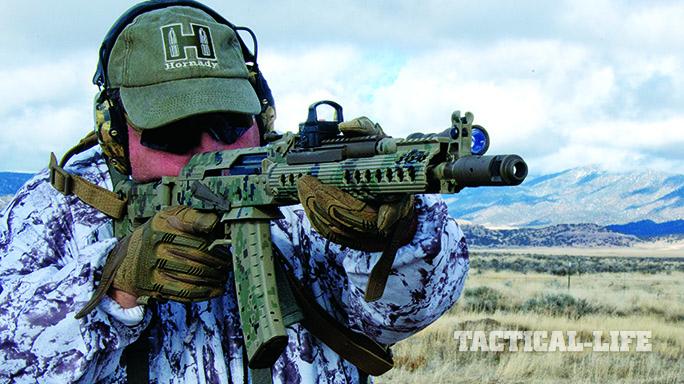 First off, no one named Joe works at Joe Firearms. It’s a reference to the “average Joe.” Adam Eaton, the owner of the company, wanted to bring quality weapons and training to everyone at a reasonable price. Joe Firearms even offers free concealed-carry training courses. As for weapons, you can peruse the company’s online store and buy something “off the shelf” or have something built. Either way, that gun will use high-quality parts while still being very affordable.

Steve Palano is the man behind the company’s Angry Joe AK, or AJAK, series. These guns bring custom-grade quality to the average shooter. Steve is a former Ranger and a true AK expert who’s spent decades building, using and training people on the platform. So, while other builders might Cerakote a run-of-the-mill AK, add polymer furniture and call it custom, every AJAK is truly innovative. The additions are geared towards real-world use, and each gun is expertly tuned, tested and trued.

Back in 2011, I attended a Graham Combat carbine class with a Steve Palano-built AK. Some of its enhancements included a magazine well that would drop empty magazines with ease, an ergonomic safety and a left-side charging handle. He had also worked some magic on the trigger. In the end, the rifle impressed the heck out of everyone at the class, and every upgrade proved useful. More recently, I had an Interarms AK-74 rebuilt by Steve to Joe Firearms’ AJAK-74 Enhanced specifications.

Every AJAK-74 Enhanced features simple changes that make it easier for today’s shooters to operate the rifle. In other words, rather than force a shooter to learn a 70-year-old design, the rifle is upgraded to meet today’s shooting and handling techniques.

To that end, Steve started by stripping my rifle down and going through it completely. He then tuned all of the internal components and ended up replacing the bolt, which had worked out of spec over years of use and thousands of rounds. He also tested the barrel to make sure it was true. My AK-74’s original flash suppressor/muzzle brake was retained.

The trigger’s contact surfaces were polished, resulting in a smooth pull with a crisp break at about 4 pounds. Steve also added an ambidextrous magazine release and a flared magazine well. Both of these parts are made from steel and fitted by hand. The safety was properly tuned, and a larger shelf was added so I could activate the lever without shifting my grip.

One I got my completely transformed rifle back, I added a Leupold DeltaPoint Pro using an American Defense mount. This sight uses a red triangle for a reticle, allowing for some precision at distance. I also used a Blue Force Gear Vickers sling and mounted a SureFire Scout light to the Troy handguard using a short rail. To carry the extra magazines, I used a Beez Combat Systems AK-47 chest rig in a similar camo pattern. 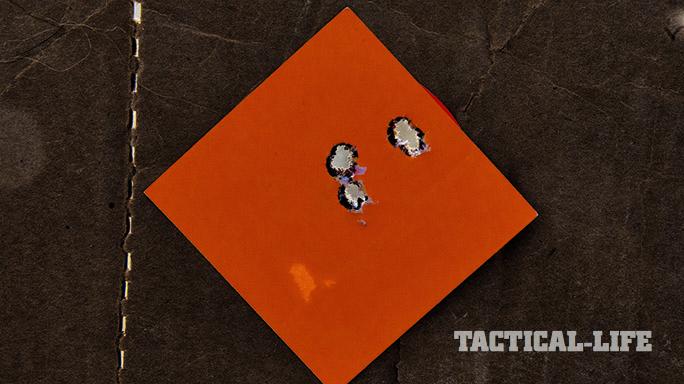 Needless to say, I couldn’t wait to get the finished AJAK-74 Enhanced to the range, where it proved itself by producing five-shot groups mostly between 1.5 and 2 inches at 100 yards, with the best cluster of Hornady 60-grain V-MAX rounds measuring closer to an inch. This steel-cased ammo has proven to be very consistent in AK-74-pattern rifles.

At 300 yards, it was easy to get hits on an IPSC steel silhouette if I aimed for the head. This is where the Leupold DeltaPoint Pro really shined, and the UltiMAK optics mount placed the sight at the perfect height—there wasn’t any need to add a cheekpiece to the stock. The XS/Krebs Custom sights also worked well for very closer shots.

The real advantages of the AJAK-74 Enhanced are the left-side charging handle, trigger and magazine well. I once saw one of these rifles used at a Red October match, and its owner finished near the top. Most watching the gun in action commented on how fast the magazine changes were. When I attended that Graham Combat course back in 2011, other students were still trying to find the magazines for their ARs by the time I had my rifle reloaded and back on target. In other words, this enhanced magazine well is truly fast. Empty magazines drop free, and you can easily reload “in the pocket” or with your rifle still against your shoulder. You don’t have to turn, flip, hop or skip to dump an empty magazine, and the flared walls of the magazine well guide in fresh magazines with aplomb. Now you can run the bolt and get back on target. All of this takes the AK to a whole new level in terms of usability. Running the AJAK-74 Enhanced only reminded me how much I loved the AK platform as a whole.

Critics tends to scoff at left-side charging systems, especially those with extended handles. They seem to think the handle will poke your eye out, especially if you jump out of a plane or helicopter. Of course, most commercial airlines won’t let you jump out of their planes—let alone with an AK in tow—so I’m not sure how that factors into those complaints. (And for the record, most military operators who actually do jump out of aircraft keep their weapons in bags, as jumping out of any vehicle with a rifle handing around your neck can be a deadly proposition.)

Yes, the charging handle reciprocates, but if you happen to be firing from a position with the rifle on the ground, the handle will just dig a trench for itself in the dirt. Right-handed shooters can all but lie down on the ground without any interference. You could potentially hook the charging handle on gear, but an AK does not come out of battery like an AR, so that has never materialized for me.

The Troy handguard and UltiMAK optics mount were rock solid without adding any noticeable weight or bulk to the rifle. The Leupold sight never lost its zero, and the SureFire light never loosened. I could easily access the Scout light’s rear button with my support hand, and adding a remote switch made the setup completely ambidextrous. The extended Troy handguard allows for lots of different grips and better facilitates shooting from a barricade, as you don’t have to rest the barrel on a hard edge. And the Troy Long Bottom Rail also looks really nice.

The upgraded trigger made the AJAK-74 Enhanced more accurate, and at CQB distances it was easy to stay on target during rapid-fire strings. I asked Steve to tune the trigger for a heavier pull weight—just over 4 pounds—which is my preference for a combat rifle, but most of Steve’s triggers are even lighter and feel like single-stage AR units.

I set up the Vickers sling using the QD slot on the right side of the Magpul Zhukov-S stock, which kept it comfortably around my neck and did not interfere when bringing the rifle to bear. When carrying the rifle, I attached the front QD swivel to the left-side rail, and moving the rear QD swivel to the front-left slot on the Zhukov-S stock, the sling did not interfere with the charging handle, and it acted more like a single-point harness.

Clearly, I’m anything but an AK purist, so the AJAK-74 Enhanced is perfect for me. I’ll probably keep it set up in this configuration to become my primary self-defense rifle. I have no doubt that this rifle will work when I need it to—now and years down the road. The rifle’s refinements are just impressive.

The Cerakote coating is excellent. This particular camo pattern is useful, and many of my friends have already commented on how nice it looks. But this is just scratching the surface of the quality inherent in this rifle.

The AJAK-74 Enhanced fits perfectly into Joes Firearms’ mindset of custom quality without the exorbitant price tag. Entry-level rifles start at $1,299, offering all the attention to detail in a more familiar package. Enhanced AKs in single colors are $1,799. My rifle, as equipped, cost a bit over $2,000, but that’s still $1,500 less than some models I’ve tested that were nothing but kit guns with nice paint jobs. If you want a high-quality weapon loaded with practical, useful upgrades, make sure you check out Joe Firearms and its AJAK series rifles.

This article was originally published in ‘AK-47 & Soviet Weapons’ 2017. To subscribe, visit outdoorgroupstore.com.