by Fred Pushies
in Uncategorized
0

0
SHARES
3
VIEWS
Share on FacebookShare on Twitter
Members of JTF2 perform a fast rope insertion from a CH-146 Griffon. The helicopter is from the 427 SOAS.

After the attacks on the U.S. on 9/11, units of USSOCOM (United States Special Operations Command) went into overdrive as they prepared to strike back. Within a month SOCOM had deployed units to Afghanistan where a base of operations was established to bring justice to the Taliban and al-Qaeda forces. In addition to the American SOF units, a coalition of foreign special-ops warriors would arrive on scene to form a Combined Special Operations Task Force. This gathering of operators included a who’s-who in the special operations world, among them members of the British SAS and Australian SASR. What many people did not know was that America’s northern neighbor had also sent a contingent of commandos in support of the Global War on Terrorism. These soldiers were from Canada’s secret CT (counter-terrorism) unit JTF2 (Joint Task Force Two).
In December 2001, JTF2 would send 40 of their elite commandos to Afghanistan. This deployment would be the first time the unit would participate in a major combat role outside of Canada. JTF 2 was created on April 1, 1993, when the CF (Canadian Forces) accepted responsibility for CT operations from the RCMP (Royal Canadian Mounted Police). Its primary mission was that of anti-terrorism and high-level personal security. After 9/11 their role would be expanded as they transitioned from peacekeeper to war fighter.

Since its inception, the unit has continuously evolved to meet modern-day threats. As the events of 9/11 have shown, the threat of terrorism comes from an elusive, sophisticated and determined enemy. In order to maintain an edge in this operational environment, JTF2 is continuously developing new capabilities, technologies, and tactics. 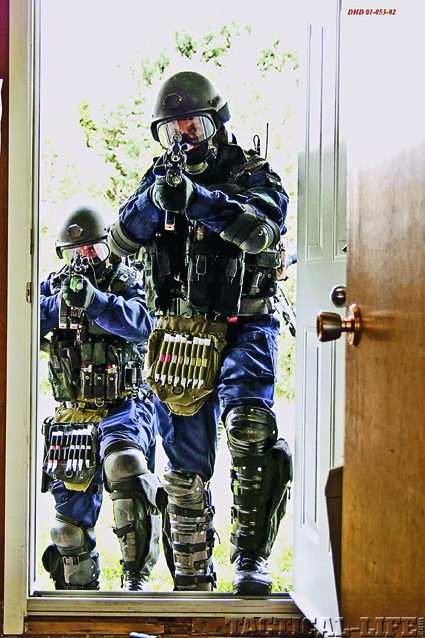 The year 2001 marked an important milestone in the history of JTF2 when the unit was committed to the international SOF coalition in Afghanistan, completing its operations there in November 2002. The unit played a crucial role and earned the respect of Canada’s allies for its professionalism.