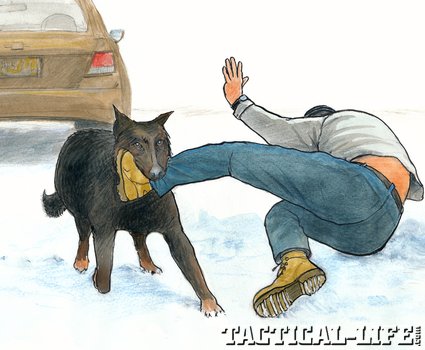 1 of 3
Nose and a bite for burglars_phatch 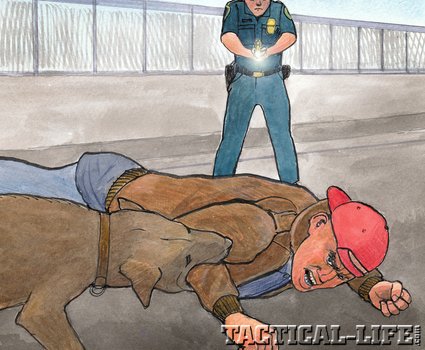 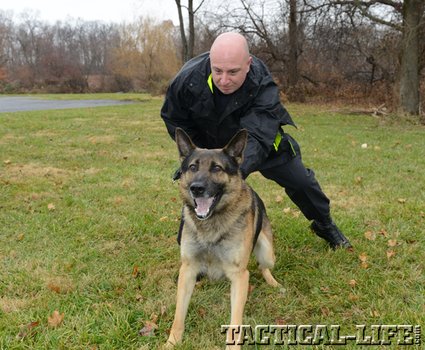 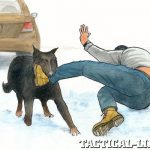 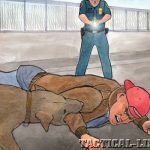 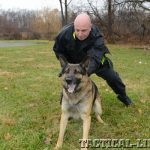 Corporal Brian Golder of the Lower Makefield Police Department and his partner “Jasmine,” who weighs around 65 pounds, were on their first patrol together. While working, they received a call of an armed carjacking that had occurred in Trenton, NJ, and was being pursued into Pennsylvania. According to Cpl. Golder, “The suspect had fled the local police after trying to run over a local officer. It was travelling at a high speed into Pennsylvania, and actually went southbound on the northbound lane of I-95. During the pursuit, he finally wrecked the stolen car in the median of I-95. He jumped out of the vehicle and was last reported headed in the direction of a nearby apartment complex. Since it was an armed car jacking, the suspect was considered very dangerous, and we needed to apprehend him soon or risk the lives of the people that lived in the area of that complex.”

“Once Jasmine and I arrived on scene with 25 other officers, we started our track, which took us to a fence that showed signs of someone climbing over it. In the distance, I heard signs of other officers possibly chasing the suspect. They were about 50 yards away through a forested area, and Jasmine immediately began pulling me in the direction of those officers. It finally got to the point where she was straining on the leash, so I took her off the leash, and in a flash, she took off in the direction of the chase. As I ran to keep up with her, I could hear the distinct sounds of officers yelling at the suspect. When I caught up, I saw Jasmine run past 10 other officers that were in the chase.

The suspect, who was farther ahead, was running as hard as he could. Jasmine closed the gap and got within range of the suspect. Once there, she launched into the air and grabbed hold of the suspect’s leg. Then all 65 pounds of her dragged the almost 200-pound suspect to the ground and began dragging him toward the other officers. As the suspect began to fight, Jasmine held harder until the suspect stop fighting. Once the other officers caught up, Jasmine had the suspect fully compliant, and he was begging for the dog to release him. Later investigation revealed he was a known gang member in the Trenton area. On her first patrol, Jasmine made a collar.”

Officer Steve Sanocki of the Bristol Township Police Department is lucky; his partner’s name is “Ela,” which in Native American Leanapi means Warrior. In the summer of 2010, Sanocki and Ela were on patrol and received a call reporting the armed robbery of a local convenience store. The victim had given arriving officers the direction of travel of the suspect, who had fled on foot. Office Sanocki and Ela arrived on scene. “Once we got there, I got Ela out, and we started out track from the last known position of the suspect. We tracked for about 100 yards and found a bike and some abandoned clothes. Ela started hitting on the clothes, so I knew we were on the right track. We ended up going through a wooded area and crossing a creek. Ela and I arrived in a field with very tall grass that had indications of someone travelling through it recently. The suspect was reported to be armed, and with the tall grass, the position I was in was the perfect spot for an ambush. Ela never stopped and began tearing into the grass on the hunt. About 50 yards later, she tracked right to the suspect who was face down, hands hidden and unresponsive to commands to show his hands. I had Ela walk right up the area where the suspect’s head was positioned and sit down in front of it. Once he felt Ela near his head, he immediately became compliant and was taken into custody. The suspect had been responsible for a string of armed robberies in the area, and because of Ela, he was now in custody.” 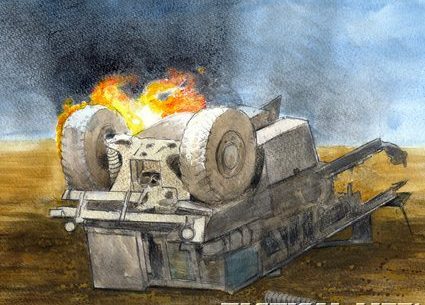