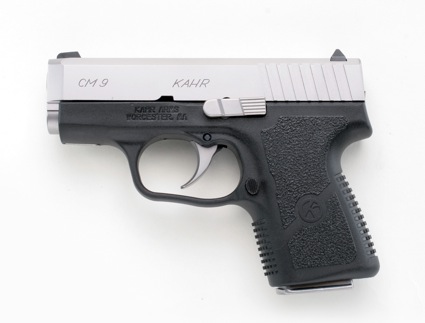 Kahr Arms is pleased to introduce their newest series of Kahr pistols – the CM series. The new line begins with the Kahr CM9093, which is based on Kahr’s most popular 3″ barrel 9mm model the PM9093. The CM9093 will start shipping to wholesalers and dealers in March 2011.

The CM Series takes the value priced features from Kahr’s CW series (3.6″ barrel 9mm, .40 S&W and .45 ACP models) and incorporates these features into a smaller 3″ barrel package. The CM9093 has the same external dimensions as the PM9093, which make it ideal for concealed carry by licensed civilians and law enforcement personnel.

The CM9093 is chambered in a 9 x 19 caliber, has a 3.0″ barrel and an overall length of 5.3″, with a height of 4.0″. The pistol weighs in at 14 ounces plus 1.9 ounces for the 6 rd stainless steel magazine. Differences between the CM models and PM models include: the CM9093 has a conventional rifled barrel instead of the match grade polygonal barrel on Kahr’s PM series; the CM slide stop lever is MIM (metal-injection-molded) instead of machined; the CM series slide has fewer machining operations and uses simple engraved markings instead of roll marking; and finally, the CM series are shipped with one magazine instead of two magazines.

Kahr’s seven patents are incorporated into the CM9093 resulting in benefits not available in other compact semi-autos on the market today. The black polymer frame features patented 4140 steel inserts molded into the frame in the front and back for added rigidity and strength, which can withstand firing thousands of rounds. Kahr’s incomparable cocking cam trigger system employs a patented cam to both unlock the firing pin block (passive safety), and complete cocking and releasing of the firing pin. The system provides a “safe-cam action” and unbelievably smooth double action only trigger stroke, fast to fire in critical defensive situations. Many lower cost compact semi-autos on the market today do not have firing pin blocks in their design. 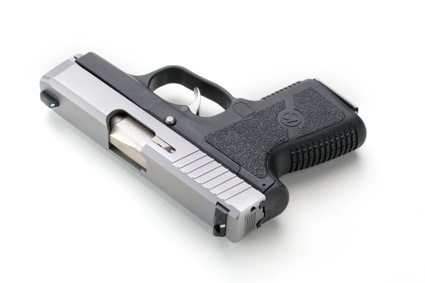 Kahr’s two patents covering the offset recoil lug and the trigger bar attachment allow Kahr’s barrel to fit lower in the frame, and since there is no hammer, the shooter’s hand is further up the grip resulting in less felt recoil and quick follow-up shots. The CM9093 does not have a magazine disconnect, nor does it have double-strike capability. The CM9 boasts real sights, which are drift adjustable in the rear and a pinned-in polymer front sight featuring a white bar-dot configuration. Finally, the slide does lock back after firing the last round – another feature missing on a number of lower cost compact semi-auto pistols.

Kahr offers the CM series at a great value price, but did not compromise on the features, accuracy or reliability found in all Kahr pistols. MSRP for the Kahr CM9 is $565. Kahr.com. 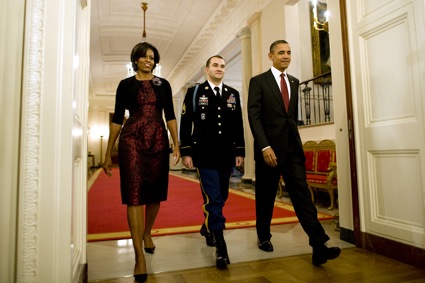 America’s newest Medal of Honor recipient is leaving the Army.