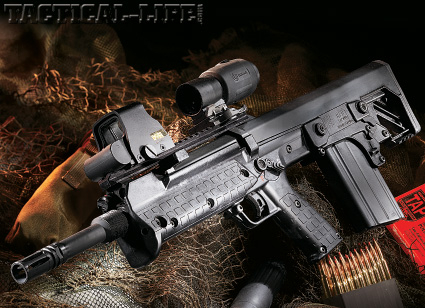 The bullpup rifle design is not all that new. I believe you could say that the bullpup rifle, carbine if you like, had its heyday in the mid-1980s. The British SA-80, the French FAMAS, and Steyr’s AUG all became vogue in the late seventies and early eighties. 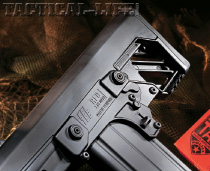 While the United States moved from the M-16A1 to the improved A2 version, our European allies in NATO were switching from full-length battle rifles to stubby little carbines with the magazines located behind the pistol grips. Essentially that is what a bullpup is, a short rifle with the feeding mechanism and chamber located to the rear of the pistol grip and trigger. This configuration effectively gives you the same barrel length as a standard rifle but a more compact overall length. It’s the best of both worlds.

Of course, that last statement is open to debate. For some reason there are Americans that have serious issues with the bullpup design. I’m not really sure why. It could be a “Ford versus Chevy” thing or it could simply be that the bullpup has the stigma of being used by not so friendly nations, such as France.

Regardless of the personal likes and dislikes of many shooters, the bullpup design has caught on and for the foreseeable future is here to stay. That being said, I was still bit surprised a couple of years ago when I heard that Kel-Tec was designing a bullpup rifle.

I got a glimpse at the first prototype in early 2008. What caught my attention the most was not so much the bullpup style but the caliber of the rifle. The RFB was to be chambered in .308. If bullpup guns are unusual, those is .308 are very rare indeed. 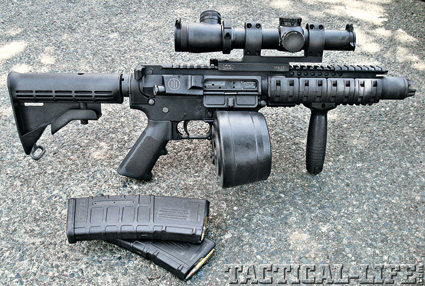 The bullpup rifle design is not all that new. I believe you could say…