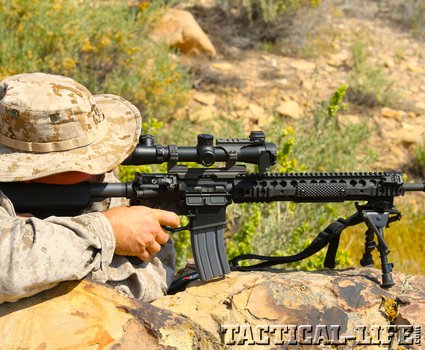 1 of 5
IMG_6990_phatch
With a Harris bipod and BFG sling, a SWAT master sniper instructor shoots the SR-15E3 at long range. His verdict? An outstanding 5.56mm precision rifle. 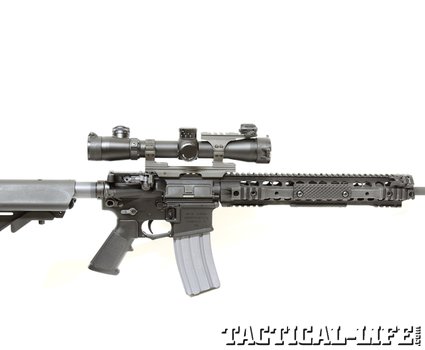 2 of 5
IMG_6915_phatch
The SR-15E3 IWS Mod 1 comes with a host of features, including an ambi sling mount, bolt release and selector; an enlarged triggerguard; and an excellent trigger. Shown with a Leupold MR/T scope. Optional offset open sights are available. 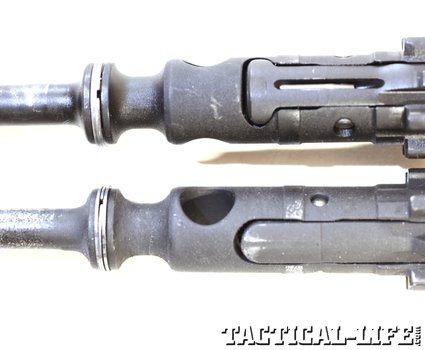 3 of 5
IMG_6923_phatch
Compared with a standard bolt, the SR-15E3’s improved bolt (left) features extra-strong radiused lugs and a dual spring extractor. The cam-pin hole is also smaller, to facilitate a stronger bolt body. 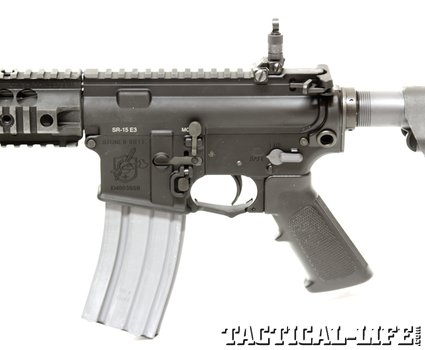 4 of 5
IMG_6905_phatch
During evaluation, the SR-15E3 drew high praise from all who fired it, with most of the compliments going to its trigger and overall comfort. Because of its exceptional quality, this weapon is well suited to home defense, hunting or law enforcement. 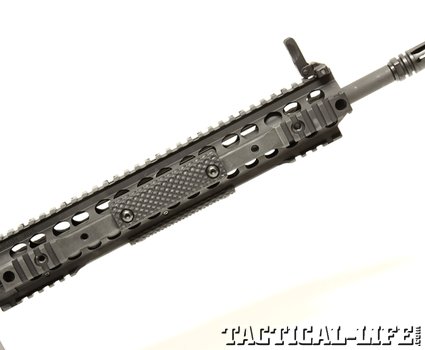 5 of 5
IMG_6900_phatch
Unique to the SR-15E3 is its narrow, free-floating handguard, which sports a Mil-Std-1913 rail, special, movable, polymer panels and numerous quick-detach sling mounts. 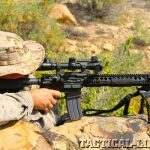 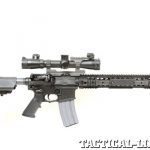 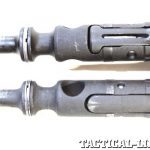 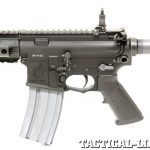 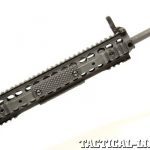 Renowned throughout the firearms industry, Mr. C. Reed Knight, Jr., of Knight’s Armament Company, has been on the forefront of firearms design and production for many years. In 1991, Knight showed me his then-brand-new rail system for the U.S. M4 Carbine, a system still issued by the U.S. military. Years earlier, Knight designed at his facility in Vero Beach, Florida, a new pistol later sold to Colt’s Mfg. Co., as well as several “special-purpose” firearms and sound suppressors.

In 1990, after designing a weapon for the U.S. Advanced Combat Rifle test and the MG86 Light Machine Gun, world-famous arms designer Eugene Stoner joined Knight’s Armament Company, where he continued to design advanced firearms until his death in 1997. In 1991, Stoner designed the 7.62x51mm NATO Stoner Rifle-25 (SR-25), an upgraded variation of his original AR-10 incorporating components common to the AR-15 rifle. The SR-25 was adopted by the U.S. Navy SEALs and later evolved into the M110 Sniper Rifle used by the Army and the Marines.

In the wake of the success of the SR-25, Knight’s Armament Company returned to the AR-15 platform and began designing a new AR-15-type rifle, the Stoner Rifle-15 (SR-15), with a number of advanced design improvements. Aside from its fine “Swiss watch”-quality build, the SR-15 includes an advanced bolt design and an equally advanced extractor. For several years, the SR-15 continued developing, along with several variations. The latest version is the SR-15E3 IWS Mod 1. The E3 refers to the rifle’s bolt design, and the rest stands for Integrated Weapon System, Modification 1. 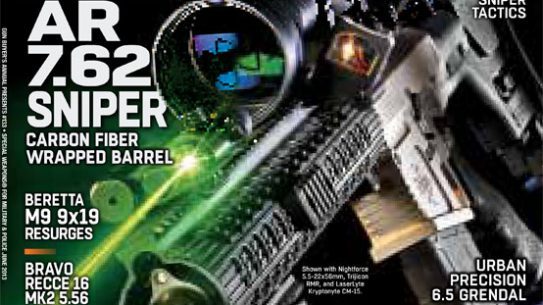