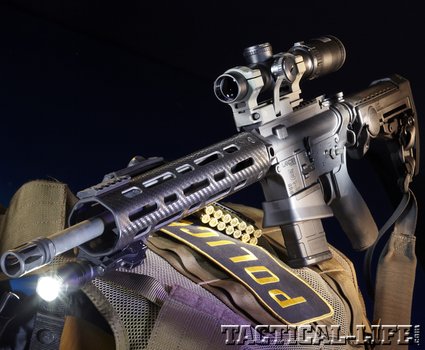 The Lancer L15 Sporter is built for speed, accuracy, and adaptability. Shown with a Bushnell Elite Tactical SMRS 1-6.5×24 scope and SureFire Scout Light

Lancer Systems has been manufacturing some of the finest magazines and carbon-fiber handguards for AR-style rifles for years. Its L5 magazines are virtually unbreakable—mine have functioned flawlessly in every AR they’ve been used with. These magazines have developed a following in 3-Gun competition as well as with some of the biggest names in tactical training.

After “perfecting” the magazine, Lancer introduced the Lightweight Carbon-Fiber Handguard (LCH) to the market. The LCH is a carbon-fiber-wrapped forend with numerous cooling vents to prevent your barrel from overheating. Unlike many other handguards with numerous rails, the LCH is essentially bare. It ships with a short rail installed in the 12 o’clock position for mounting a front sight. If you prefer, a full-length top rail is an option or you can install small accessory rails. In essence, Lancer’s LCH can be configured to suit your needs without adding a lot of weight. 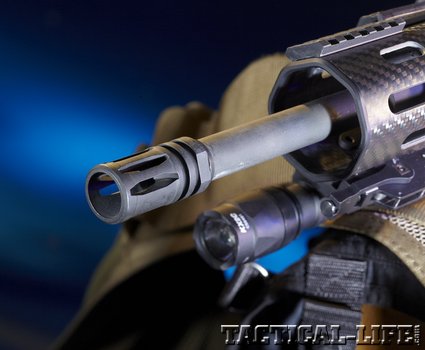 Once Lancer’s accessories business met the market’s demand and its team shooters became a force in 3-Gun Nation and USPSA 3-Gun, Lancer introduced a new, unique L15 receiver, which features an ambidextrous magazine release and a configurable magazine well. Users can swap out three different magazine well sizes: Standard, Tactical and Competition. These options may not seem like a big deal until you try to reload under stress or are fumbling with the bolt release. The Tactical magazine well is just large enough to allow you to quickly feed a new magazine without preventing you from using coupled magazines. Personally, I like this when running an AR in low light or reloading from awkward shooting positions. It makes blind reloads easier and smoother. If you feel the Tactical magazine well is a hindrance, simply replace it with the Standard version. 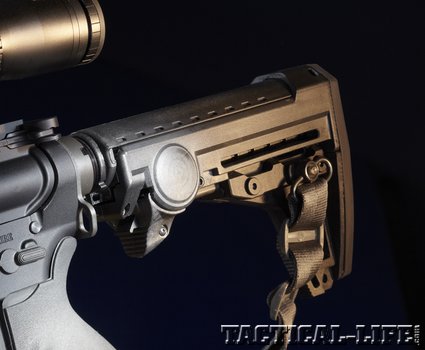 Lancer equips the L15 with an Ergo F93 stock, which has quick-detatch sling inserts and can be adjusted to the desired length of pull 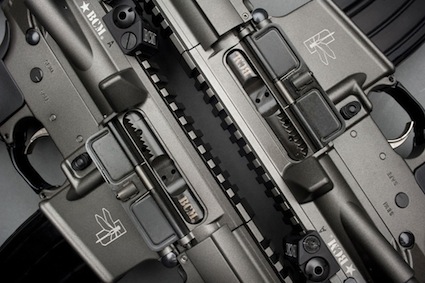 The Lancer L15 Sporter is built for speed, accuracy, and adaptability. Shown with a…