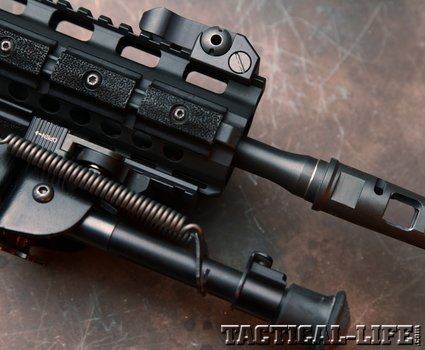 1 of 5
MUZZLE_phatch
The PredatAR’s handguard makes it easy to add accessories, and the barrel is capped with a 5/8-24-threaded muzzle brake. 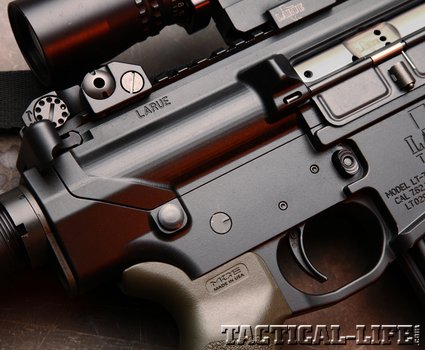 2 of 5
RECECIVER_phatch
LaRue equips the rifle with a two-stage Geissele trigger that breaks at 5.5 pounds. The larger triggerguard can accommodate gloved hands. 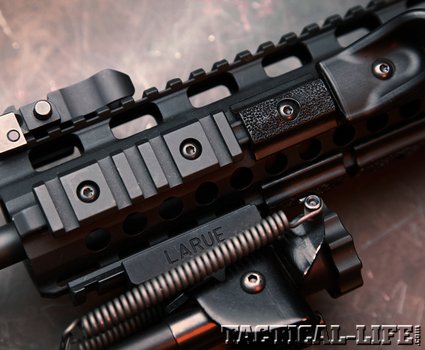 3 of 5
FOREND_phatch
Short Picatinny rail sections can be affixed to the handguard for greater customization, and LaRue also provides HandStops for grip index points. 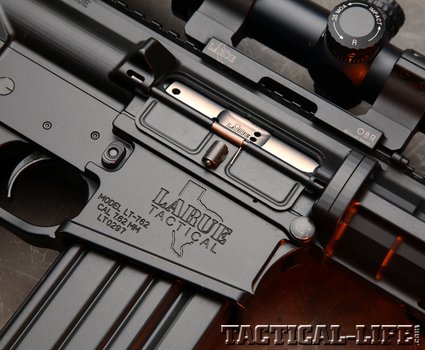 4 of 5
MAG WELL_phatch
The PredatAR’s lower features a generously beveled magazine well for quickly reloading the 20-round magazine included with the rifle. 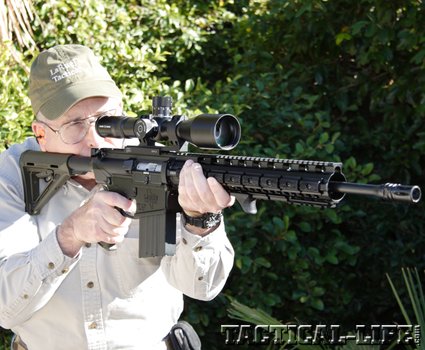 5 of 5
Shooting_phatch
The 7.62mm NATO PredatAR from LaRue Tactical brings top-notch accuracy in a precision-engineered, lightweight package that is sure to stand up to harsh use. 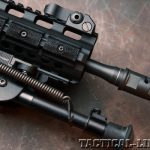 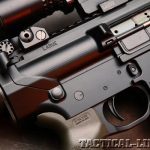 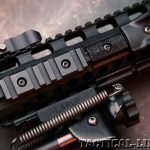 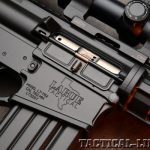 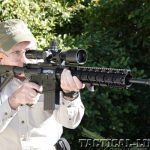 Before the U.S. military adopted the M16, Eugene Stoner designed a unique, straight-stocked rifle called the AR-10 and chambered it in the 7.62x51mm NATO round. Later, because of the influence of a controversial study conducted to assess the suitability of a small-caliber, high-velocity round for military applications, he modified his rifle to fire a .22-caliber cartridge. The gun eventually became the AR-15, which was finally adopted as the M16.

The controversy surrounding the merits of a .22 over a .30-caliber projectile never died though, and was fueled by problems encountered in stopping the enemy in Afghanistan, where engagements were often at greater distances than at any time since the adoption of the M16 during the days of the Vietnam War. Consequently, the military scoured armories for M14s and pressed them back into service. But the M14 does not have the ergonomic features and ability to mount accessories that the M16 does, so ironically, demand for an AR chambered in .30 caliber grew.

Recognizing this, LaRue Tactical developed the Optimized Battle Rifle (OBR), which was designed around Stoner’s direct gas impingement AR but chambered in 7.62x51mm NATO. LaRue Tactical is the trade name of Austin Precision Products, which began making industrial parts in 1980 and then started making high-quality, quick-detach mounts for optics used by the military in the 1990s. In 2006, LaRue Tactical began manufacturing AR uppers in 5.56mm and then eventually complete rifles. The OBR evolved from these efforts and became highly regarded for superb accuracy, often shooting groups of 0.5 MOA or better thanks in part to precision machining and material added to critical areas of the upper receiver. The OBR enjoyed acceptance by certain military units and civilians alike, but it is a heavy gun and civilian customers expressed a desire for a lighter-weight option for a greater number of uses. LaRue listened. The PredatAR is that answer. 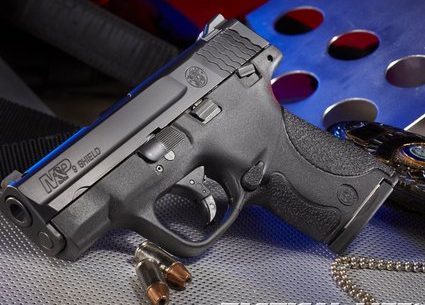 The Smith & Wesson M&P Shield 9mm is an ultra-reliable backup born for speed...