0
SHARES
24
VIEWS
Share on FacebookShare on Twitter
The clean lines and simple elegance of the Les Baer Ultimate Match .308 are indicative of the precision that can be expected within. The rifle is shown with a Trijicon 5-20x50mm riflescope and a Harris bipod.

THE .308 HAS LONG BEEN one of my favorite cartridges. It’s efficient, it’s accurate and—whether you’re putting the crosshairs on a whitetail, an enemy combatant or dangerous felon—it can be deadly.
That last statement is qualified given the round’s range limitations, and that it is fired from a weapon that has the ability to consistently place aimed fire in the vitals at range. Les Baer’s Ultimate Match .308 more than qualifies for the “consistent” part of the equation, and adds the speed for follow-up shots from this AR-platform.

The new Ultimate Match .308 semi-auto is built like all Les Baer rifles. It’s a true custom weapon that’s hand built for a perfect fit, accuracy and reliability. Les Baer’s rifles are all about quality parts and thoughtful extra touches. The first time you take it to the range, Baer’s obsession with quality and attention to detail will become immediately apparent, due in large part to the LBC bench rest-quality 416R stainless steel barrel with cut rifling—a feature that has become a hallmark of all Les Baer Custom rifles. 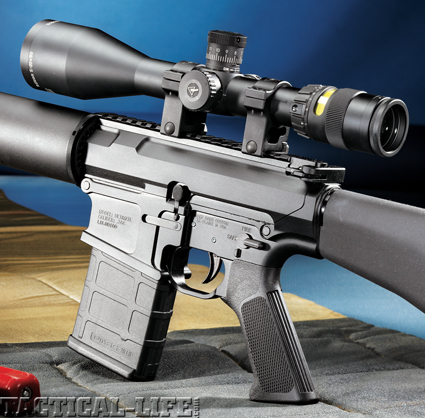 This rifle’s 7075-T6-51 billet aluminum receiver is the most rigid material that Les Baer has found, primarily used in high-tech aviation. The large triggerguard’s dimensions are roomy enough to allow easy use of cold-weather mitts or tactical gloves without interference.

One of the primary features of the Ultimate .308 is that the upper and lower receivers are precision machined from 7075-T6-51 premium billet aluminum alloy. “This is the most stable aluminum that has ever been used on a firearm,” Baer said. “It’s used a lot in the aircraft industry. It does not move after you machine it. When we machined uppers or lowers out of other aluminum alloys, once you start machining a part it will start warping. We get zero movement on this material. When you take a piece of any other type of aluminum that’s 18 inches long and start taking material out, then it will start to move and warp. We’ve machined 7075-T6-51 every which way you can, and it’s the best we’ve used.” 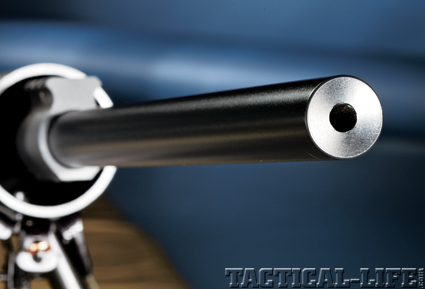