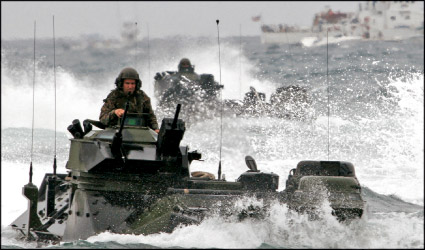 “Hold ’em and squeeze ’em” is the immemorial admonition from Marine NCOs sprinkled up and down the line of your rifle company that’s arrayed against remnants of Saddam Hussein’s loyalists and Republican Guard members. They’re defending the two-lane bridge spanning the last remaining terrain obstacle to Baghdad’s threshold. Against seen and unseen enemies on the river bank 200 yards to the north, you peer through your ACOG optical sight and place round after round of “Green Tip” from your 20-inch-barreled M16. The range is ideal for the 62-grain, over 3000 foot per second (fps) projectile to do its “tricks” in soft tissue. However, the biggest players involved in digging out and softening up the enemy are the tanks, artillery and air strikes that are being relentlessly directed at these disorganized but still deadly diehards. The disjointed calliope of deafening sound is accompanied by face slapping over pressures that make you feel you have been in a protracted fistfight. “RPG, left front,” has everyone focusing on the telltale signature of rocket-propelled grenade launch. It is the enemy’s direct support artillery and darned effective against armor and personnel.

As trained, fire teams and crew-served weapons blast the launch site and bracket it 10 yards to its left and right in hope of catching the grenadier in case he should move. It’s almost a turkey shoot in a target-rich environment and the tempo as well as crescendo of outgoing far exceeds that of incoming, which means your battalion is enjoying fire superiority. Nevertheless, you are becoming a bit ticked off because as soon as you acquire a target someone else “dumps the chump.” A Russian T55 tank is in full defilade and causing some problems with its main gun and 12.7mm heavy machine gun. A U.S. tank finds the range and a turret-flipping explosion is followed by more as on-board munitions cook off. A huge cheer of approval rises up from the skirmish line over the knowledge that more of the resistance has been eliminated. 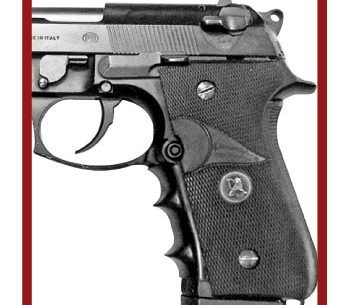