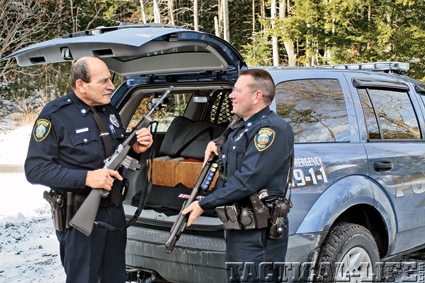 Patrol Rifles
A quarter of a century ago this year, on April 11, 1986, a cataclysmic gun battle occurred in a southern suburb of Miami that left two FBI agents dead, three more permanently injured, and two more wounded by two perpetrators who were killed by return fire at the scene. All the serious casualties were inflicted with a .223 rifle. It was a wake up call for American law enforcement.

By the 1990s, a number of agencies had adopted pistol-caliber carbines (in the FBI’s case, the 10mm HK MP5) or .223 semi-auto rifles, such as the AR-15 or the Mini-14. But many had not, and the North Hollywood Bank Robbery in California and the Carl Drega incident in New Hampshire sold more patrol carbines to American police than the combined sales forces of Colt and Ruger. The usefulness of the standard issue patrol rifle was most decisively proven in the 21st century, when police armed with .223s stopped several incidents.

And the market has responded to this growing demand, with nearly every major manufacturer making rifles ideally suited to the law enforcement patrol officer. These combine light weight, accurate and reliable performance, and in many cases very reasonable price points. And, although the .223 is by far the most common offering, rifles chambered in cartridges such as 6.8 SPC and .308 have also appeared, giving the LE officer an even greater range of choices in the modern patrol rifle. 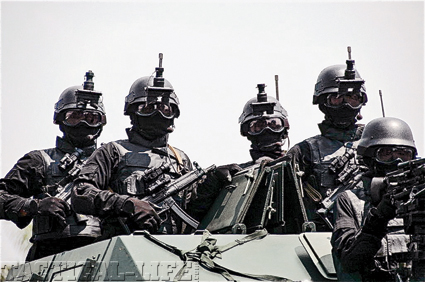 This particular column is dedicated to the first responding officer, who is often the…