Lewis Machine & Tool Company (LMT®), an Illinois-based company that designs, prototypes and manufactures small arms, accessories and tooling components for the military, government, law enforcement, commercial manufacturers and responsible civilians awarded the UK Ministry of Defence requirement for a new sharpshooter rifle in late 2009 has now introduced an American commercial version. The UK “L129A1” 7.62mm semi-automatic “sharpshooter” rifle was chosen based on its proven design and new features that made the rifle more accurate over longer distances. Now, for a limited time only, the newly American designated LM308MWS Sharpshooter System will be available in limited quantities. 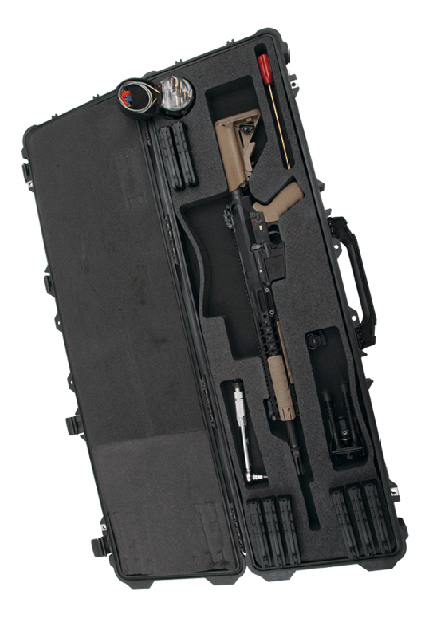 LMT® packs this collector’s rifle in a Pelican case with foam cut outs and includes not only the manual, torque wrench/driver and three Flat Dark Earth rail panels, but also eight 20-round magazines, two heavy-duty push-button swivels, a .308 OTIS cleaning kit, a sliding sling mount, a chamber cleaning rod and sight adjustment tool and a Harris Bipod assembly. A complete, one-of-a-kind Sharpshooter System in one package is available for only $4,950.09 MSRP. Lewismachine.net.