Since the early 1960s, Colt Firearms has been on the cutting edge of 5.56mm fighting rifle technology. From the first M16 to its commercial counterpart, the non-select fire AR15 to the improved M16A1 and finally the M16A2 and A3, Colt has established itself as a worldwide leader in assault rifle technology. 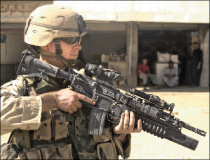 In fact, from a historic standpoint, they’re credited with being the pioneers of the concept outside what was once the Soviet (Eastern) Bloc. With the exception of its infamous opposite number, the AK47, more M16s have been made than the total of all other assault rifles combined. Because the assault rifle wasn’t initially accepted in U.S. military circles, this in itself is a glowing testimony to Colt’s vision, persistence and innovative technological expertise.

Along the way, a number of variations on the basic AR15/M16 theme have also appeared. Originally, Colt envisioned the rifle we now know so well as being one of several in a multi-weapon system. This system not only included an assault rifle, but a heavy-barreled squad-auto, a survival rifle, a “submachine gun,” and even a belt-fed light machine gun, all based on the M16’s central receiver design.

This, of course, was a good idea because with only minor additional familiarization with the idiosyncrasies inherent to each configuration, it allowed anyone who could operate and maintain one “system” weapon to do the same with the others. The advantages of this are obvious, but curiously, the U.S. military did not and still have not, embraced it. The idea was so good that within a decade, several major international arms manufacturers and a dozen major nations, who continue to use it to this day, adopted it. 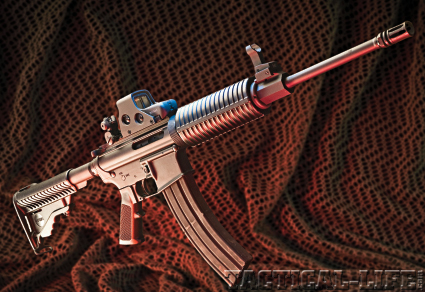