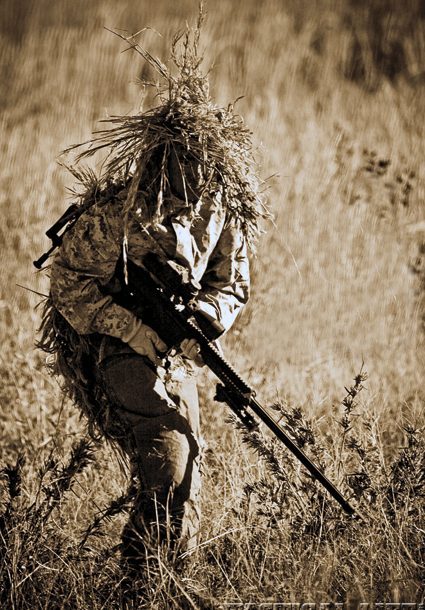 “Battle rifle” is now used where old soldiers said “basic infantry weapon”—the weapon common to all troops who did not carry specialized implements. Terms evolve in reference to weapons systems that also change. But in every era, by whatever name, you can bet your last pair of dry socks that Snuffy Smith and Tommy Adkins always knew where their battle rifle was.

Among armed professionals, Tactical Weapons can be your informational battle rifle—the source that you’re sure holds what you need to know. Written from and for the tactical arena, TW is an at-hand, insider’s source to expand your professional database. As a reader recently remarked, “Tactical Weapons is not a coffee table gun magazine.”
The weapons you carry into battle are what we’re all about. In this issue is extended coverage of the MK14 EBR, the next-generation squad DMR that has proven sub-MOA accurate and effective to 800 yards. We test American Precision Arms’ .308 all-purpose bolt rifle at the Precision Applications sniper school, and fair warning, it’s an MOA tack-driver. For range and firepower, we thoroughly explore the new XM806 and GAU-19/B .50 calibers, both lighter weight, the later delivering 1,300 rounds per minute from choppers or Humvees.

With bad guys beyond 600 yards, or hard targets, we shoot Barrett’s 98 Bravo in .338 Lapua Magnum. Unique in this genre for being “handy,” it will reach out and slap ’em down at 1,500 yards, with pinpoint precision when mission or innocent lives depend on it.

We also examine U.S. Navy SEALs tactics of stealth and audacity used to retake environmentally vulnerable oil platforms from terrorists—their air and watercraft, their weapons, the operators above and underwater. There’s also a bonus feature on the men, weapons and training of Marine spec ops by our Southern neighbor, Brazil.
For those in law enforcement or security, we built two custom patrol rifles from Centurion Arms and several other companies with decades of military and mean-streets experience, providing the options and dead-on accuracy to put bad guys down at 600 yards.

Police confrontations can be up-close and personal, too, especially when it comes to riot control. This is where 12-gauge versatility is priceless. We enhanced a can-do Mossberg with the 14-shot XRAIL system, converting the shotgun into a high-cap powerhouse for the full spectrum of non-lethal, less-lethal or lethal rounds. Continuing in the LL vein we take you inside the Mock Prison Riot, where corrections officers battle each other for better training. And don’t miss our rundown of the latest entry-dedicated breaching shotguns by Ten-X Tactical, Remington, Serbu and more!

Other developments in the up-close world of tactical work include new, less-lethal tools that save innocent, or even less-than-innocent, lives. We review how new electronic control devices and sophisticated training can de-escalate violent encounters before they become deadly propositions.

For when lead flies in the workaday tactical arena, we scrutinize leading-edge ballistic armor for the mean streets and the front lines, how it stops rifle-bullet threats to save a life. Your life. We don’t stop there, either. We’re bringing you the latest from firearms industry trade shows to keep you on the cutting edge: rifles, shotguns, handguns, sights/optics, suppressors, gear and much more.

We have all your bases covered. Tactical Weapons is your informational battle rifle. Lock and load!

LET US CLARIFY: In last issue’s “Boardwalk Defenders” spotlight, it appears that by taking editorial license with the title, we touched a nerve with the Atlantic City Police S.W.A.T. Team. Please see our full clarification on the subject at www.tactical-life.com. 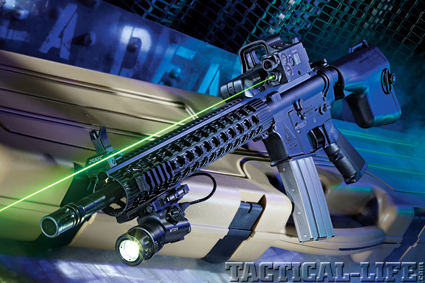