The militarized High Speed Amphibians (HSAs) will use technology from a fleet of prototype amphibious vehicles developed by Gibbs Technologies for consumer use, including the Gibbs Aquada, a three-person sports car, Gibbs Humdinga, a four-wheel vehicle, and Gibbs Quadski, an amphibious all terrain vehicle.

Gibbs’ technology enables amphibians to travel at speeds over 45 mph on water and over 100 mph on land – and to transition from water-to-land or land-to-water in five seconds.  These features provide a much needed capability for military littoral, riverine and special operations.

“HSAs are high performance craft on the water, and high performance vehicles on the ground and the transition between the two is seamless” says Alan Gibbs, chairman of Gibbs Technologies.  “These are true amphibians, combining the best of both worlds.”

Gibbs and Lockheed Martin will advance the development by integrating expeditionary command and control capability, armor and weapons systems.  The military version will have network ability to share and distribute information from onboard and remote sensors.  The craft will be able to accommodate a variety of weapons systems, based on specific mission needs.

“Until now, our Navy and Special Forces have taken on great risk with sea-to-shore insertions, largely due to a transition period that can last an hour or more in vulnerable areas,” said Rich Lockwood, Lockheed Martin Maritime Systems & Sensor’s vice president for Mission Systems.

“HSA minimizes that risk, allowing forces to move safer and faster – and with capabilities that make it a powerful asset in a net-enabled force.” Alan Gibbs founded Gibbs Technologies in New Zealand in 1996. Initial amphibian concept work was undertaken in 1997 and 1998 in Detroit.  In 1999, excited by the technology, Neil Jenkins merged his business to form Gibbs Technologies UK, of which Gibbs Military Amphibians is a licensee. 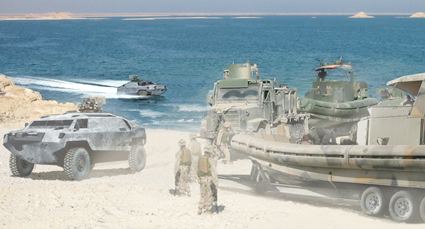 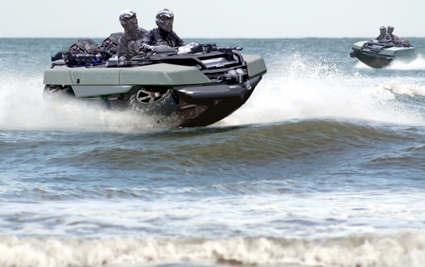 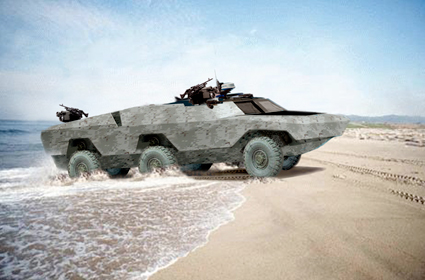