by Jon Weiler
in Uncategorized
0

0
SHARES
49
VIEWS
Share on FacebookShare on Twitter
Built on a modular platform and chambered in .308 Winchester, the Savage Model 10 BA offers many desirable options for law enforcement sniper teams, including greater barrier-punching capabilities, reduced recoil, and a stock that can fit any shooter. The dynamic shooting environment at the NRA Whittington Center’s Backcountry Training Area proved to be an excellent real-world test for the Savage Model 10 BA.

Snipers have been around since the dawn of warfare. From bows and arrows to muskets to centerfire rifles with high-power scopes, the precision tactical marksman has been utilized in various ways. Overall, each are feared for their ability to strike from distances normally unobtainable from the basic infantry soldier, making a sniper a true force multiplier. Sniper teams have the capability to set and control the tempo on the battlefield. This is an important trait in either a direct force-on-force confrontation or, in a law enforcement capacity, during a standoff with a hostage. Snipers are feared, and they should be. A good sniper team can either begin or end an aggressive confrontation or standoff, sometimes just with their presence being known by the enemy.

Military Vs. LE
The role of the law enforcement sniper and the military sniper are very different but share some of the same traits. Both may employ the same tactical vests, clothing and body armor, and rifles may be similar, although law enforcement units are generally not limited to the division-wide contracts like the military. Consequently, law enforcement rifles can range from a Remington 700 to a custom-built precision rifle. It all depends on the unit budget and procurement officer. This can give law enforcement snipers more flexibility and the potential to enhance their sniper program, but this all depends on what is purchased and who is making the decisions for the teams. 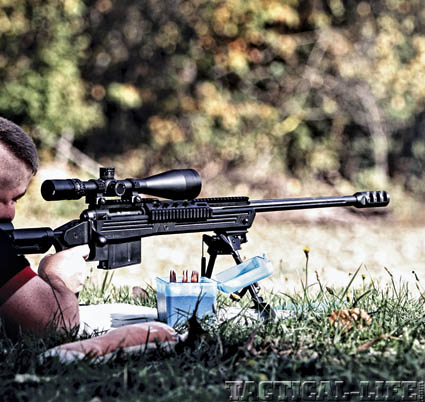 Team Savage shooter Darrell Buell wrings out the 110 BA, a long-action version of the 10 in .338 Lapua Magnum designed for extreme long-range engagements.

Optics can also be more diversified with law enforcement snipers. Again, they have a greater ability to shop around and much will be based on the LE unit’s discretion. Likely engagements are within 100 meters, but this does not mean that all engagements will be within that distance. Some units may also have the budget for additional optical enhancements, such as universal night sights and infrared aiming devices. But regardless of what LE snipers procure, how they utilize their equipment is vastly different than that of the military sniper. 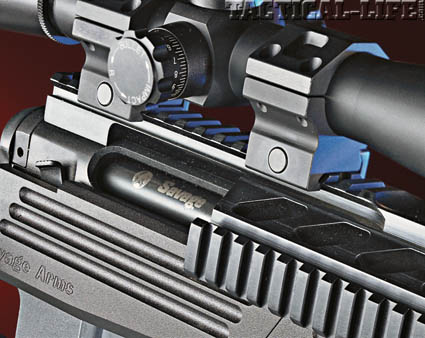